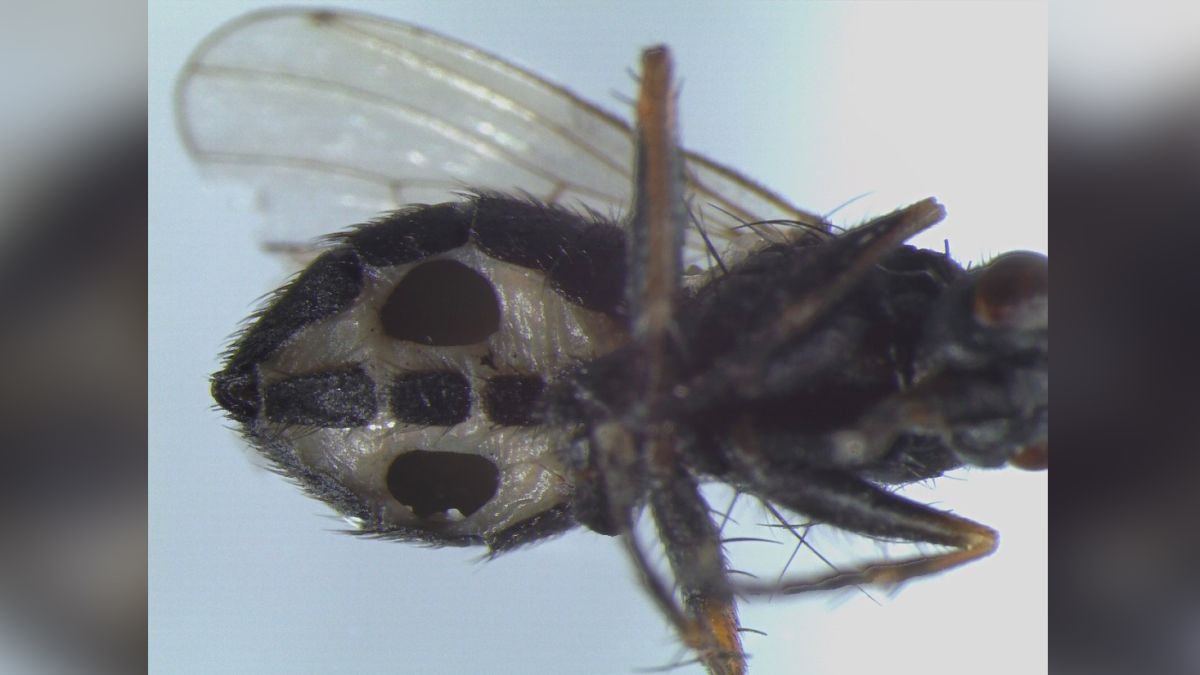 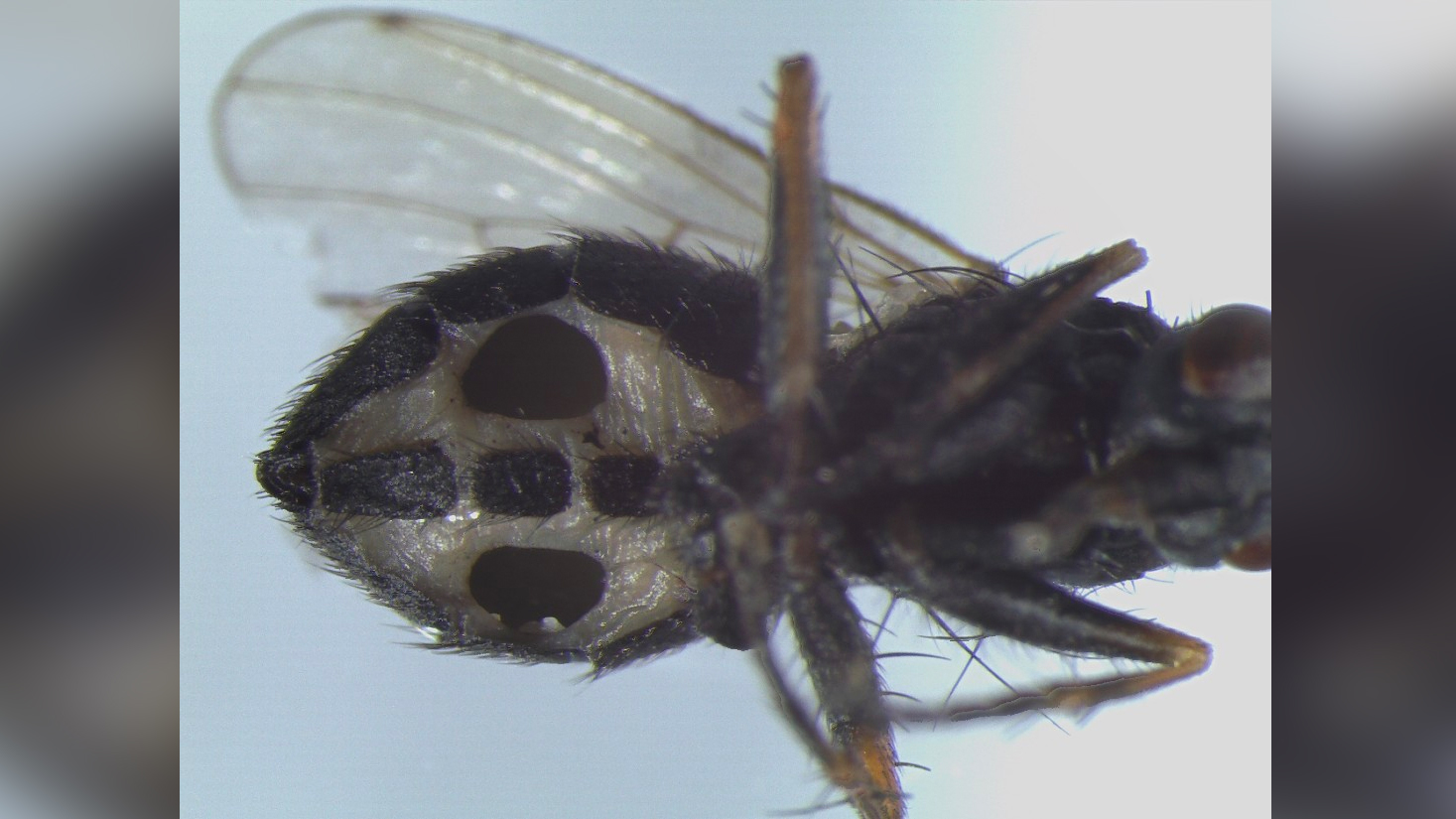 Two newly discovered fungi species have a similarly macabre mode of action: They eat flies alive while using them to drop spores on new victims.

The related species, Strongwellsea tigrinae and Strongwellsea acerosa, attack the fly species Coenosia tigrina and Coenosia testacea, which look like ordinary house flies but undergo a horrific change once they’re invaded by the fungi. The fungi eat one or more holes in the abdomens of the flies and then produce clumps of orange spores, which spread by dropping out of the holes.

The infected, now-zombie flies remain alive for days during this process, meaning they inadvertently spread the spores far and wide, particularly when mating with other flies. Meanwhile, the fungi continue to devour the flies alive. Finally, the fungi-ravaged insects collapse to the ground in spasms and die. Even after death, the flies can spread the spores of their killers: The flies’ abdomens gradually crumble, releasing more spores from inside.

These spores have thick walls that may help them lie dormant over winter, infecting more flies when the insects become active in the spring.

Danish researchers discovered dozens of fungi-infected flies during fieldwork in Jægerspris and Amager, Denmark. The flies were found in both rural areas and residential neighborhoods, hinting of a horror-story struggle playing out in seemingly peaceful fields and yards. The researchers reported their findings in the September 2020 issue of the Journal of Invertebrate Pathology.

“This is an exciting and bizarre aspect of biodiversity that we have discovered in Denmark,” study leader Jørgen Eilenberg, a biologist at the University of Copenhagen, said in a statement. “In and of itself, this mapping of new and unknown biodiversity is valuable. But, at the same time, this is basic new knowledge that can serve as a basis for experimental studies of infection pathways and the bioactive substances involved.”

Eilenberg and his colleagues suspect that the fungi “dope” the flies with some substance that keeps them flying and active even as their abdomens are devoured from the inside out. Other fungi that prey on insects use amphetamine-type substances to keep their victims moving, so perhaps the newly discovered fungi do the same, Eilenberg said. The fungi might also produce antimicrobial substances that keep other pathogens away from the abdomen holes in order to keep the flies alive longer.

“We would definitely like to continue our research, as doing so has the potential to discover, and later make use of, these substances, perhaps in medicine,” Eilenberg said.