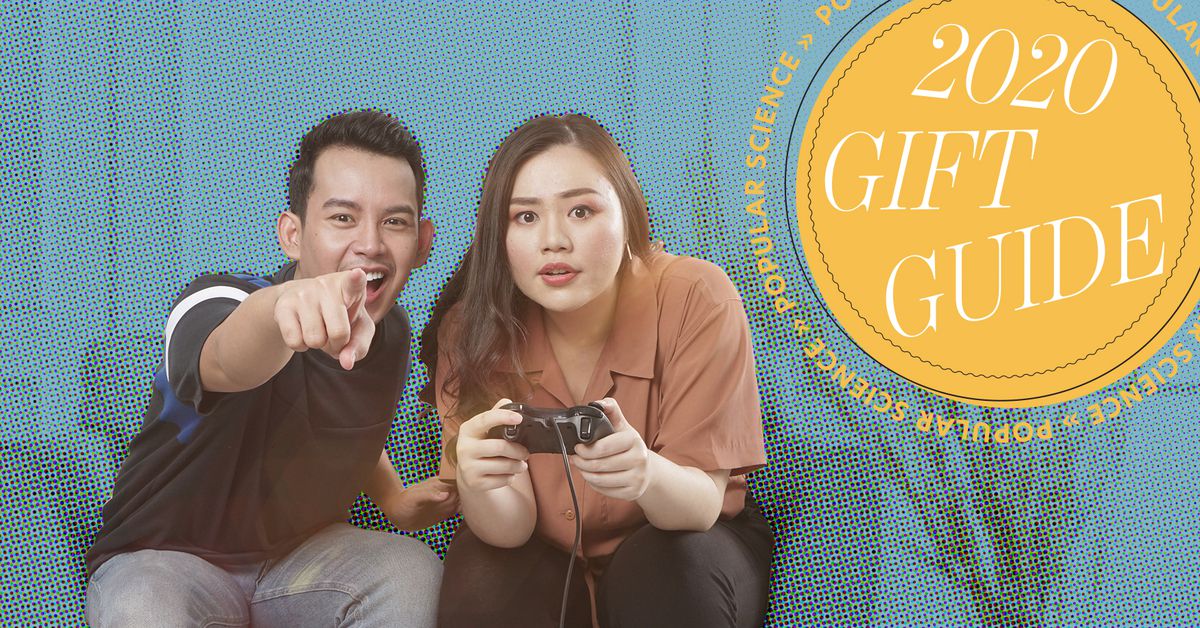 If you’re into video games like I am, you know the struggle—there are always those friends that look at you funny when you bring up a difficult “Bloodborne” boss or try explaining the “Legend of Zelda” timeline. We know they’re missing out on masterful storytelling, adrenaline rushes, breathtaking fantasy worlds, and triumphant feelings, but it’s hard to even get them to try a Pokemon game. Still, I have hope that these misled non-gamers can be turned into full-fledged gaming connoisseurs. And the holiday season is the perfect time to get them to take the plunge.

If you’re in the position to give someone (or yourself) their very first console this holiday, don’t chase after the flashy new Playstation 5 or Xbox Series X. The Nintendo Switch is a better starter piece because it has something for everyone, whether that’s classic Mario or Zelda games, online team shooters like “Overwatch,” or even a game where you walk around as a goose, honking and messing with people. Nintendo also offers the Switch Lite for $100 less, but you can only play it handheld-style instead of connecting it to your TV. I’d suggest opting for the original version if you can swing it—the option to switch from TV to handheld is a delight.

This is one of the best games ever made—especially if you enjoy open worlds. (Nintendo/)

I’ll put it simply: This game is a masterpiece. A lot of people (myself included) would go so far as to call this game their favorite of all time, and for good reason. “Breath of the Wild” took the Zelda format and turned it on its head in a way that makes it much more accessible for the pre-gamer. Instead of a linear story with intricate dungeons and objectives, it offers bite-sized puzzles, mini-bosses, and 76 side quests you can defeat at your leisure. And when the time comes to focus on the main story, well, I’ll say it again … it’s a masterpiece.

Nostalgia aside, this might be the best Mario game of all time. (Nintendo/)

“Breath of the Wild is excellent,” but I’ll admit, it’s not for everyone. A newbie gamer might feel overwhelmed by all of the possibilities and tangents. If that’s the case, “Super Mario Odyssey” is the better option for them. It’s a classic 3-D Mario game like Super Mario 64 or Super Mario Sunshine, but it also fixes any hiccups those past titles had. The controls feel super smooth and responsive, and traversing the game’s 14 worlds is great training for tackling other platformer play in the future.

You can beat this delicious game in one sitting. (Annapurna Interactive/)

The final Switch game on the list, the aesthetics in “Donut County” please like none other. The writing is side-splitting and glee-inducing, and even better, you can beat it in just three hours. Play as a mischievous raccoon who controls a hole in the ground that grows big enough to swallow the whole town. Once that happens, the inhabitants aren’t exactly pleased, so you’ll have to find a way to get them (and their homes) back to the surface. It’s fun to open a physical copy for the holidays, but the $13 digital price tag is pretty tough to beat. Plus, it has one of the best game soundtracks I’ve heard in years.

If you tell your friends that Ryan Reynolds voices the Pikachu in this movie, they won’t be able to say no. The narrative arc and CGI characters are superb, so they’ll definitely want to watch the whole thing. Once they’re tantalized by the wonderful world of Pokemon, you can show them how great the games are—like “Pokemon Sword” and “Shield” on the Switch, or “Pokemon Omega Ruby” and “Alpha Sapphire” on the Nintendo 3DS.

Add a little magic to your gaming wear. (Livilune/)

There are a heck of a lot of small businesses and creators who design game-themed merch, from stickers to apparel to mugs. These magical Switch tees by illustrator LiviLune are so cute, they’ll make your friends want to pick up a console and boot it up right away so they can really play the part.

Choose your own adventure

The possibilities are endless. (Valve/)

This gift card is perfect for the friend who can’t be told what to do. With more than 23,000 titles, Steam is the go-to website for buying and downloading games to play on your PC or Mac. For new gamers, I’d suggest using the gift card to buy games like the always addicting “Sims 4,” the heartwarming 16-bit farming sim “Stardew Valley,” the aforementioned “Untitled Goose Game,” or “Planet Zoo,” which is like “Zoo Tycoon” on steroids. But again, if your friend really can’t be told what to do, just send them this and hope for the best.

Listen to this once, and you’ll never be able to get it out of your head. (iam8bit.com/)

British indie-pop band Kero Kero Bonito has delivered a handful of hits over the past few years. You may know their feel-good song “Flamingo,” or the more low-key jam “I’d Rather Sleep” that made the rounds on TikTok a couple of months ago. They did it again this summer when they released a song for the indie game “Bugsnax.” And let me tell you, the track is a grade-A bop. iam8bit.com released an extremely cute vinyl version of the single with scratch-n-sniff packaging and a translucent strawberry 7″ record. Once your record-collecting pals hear the single, they’ll simply have to see what “Bugsnax” is all about. And this game is a trip—there’s a lot of wonky darkness beneath its upbeat exterior. (See for yourself by picking up “Bugsnax” on PS4, PS5, PC, or Mac.)

These headphones come in black and green, too. (Razer/)

A solid pair of headphones are great for solo movie nights and getting in the zone during Zoom meetings. They also take gaming to the next level, especially for RPGs and shooters where you’ll want to hear footsteps from various directions. This pair from Razer are my personal favorite. The gap in the ear cushions lets your glasses sit comfortably, and the surround sound packs so much punch, you can even hear enemies approaching from behind. They’re incredibly immersive, and the audio jack plugs right into your PC, Mac, or console (like the Switch). Once your new gamer experiences the total immersion of headphones like these, they’ll never want to go without them. Which is great for you, because you won’t have to hear the incessant warning beeps when they’re low on health in Zelda.