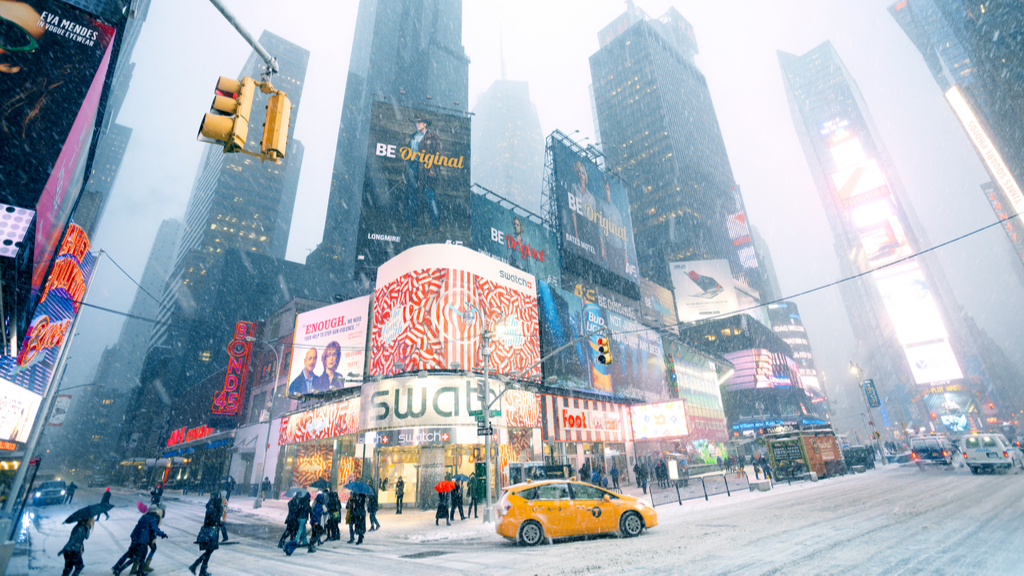 A gusty winter storm will hit the East Coast on Thursday (Dec. 17) and drop more snow than much of New England saw all last year.

“This is going to be a significant snowstorm — the biggest snowstorm that we’ve had in the Northeast for a couple of years,” meteorologist Ari Sarsalari said Dec. 16 on The Weather Channel. The storm is currently pelting freezing rain in parts of North Carolina and Virginia, and snow has begun to fall in the Ohio Valley, Appalachians and mid-Atlantic, according to current weather reports.

The storm is expected to intensify as it approaches the Eastern Seaboard on Wednesday (Dec. 16) night; overall, it could drop more than 1 foot of snow (0.3 meters) over western Maryland and southern New England.

Related: 10 signs that Earth’s climate Is off the rails

Last winter, New York City saw its second-smallest snow total on record, The New York Times reported; Central Park only got 4.8 inches (12.2 centimeters) of snow in the months of December, January and February, combined. By comparison, during the second-snowiest winter of the past decade, more than 5 ft (1.6 m) of snow fell in Central Park; that was between December 2010 and February 2011.

These drastic variations in weather can be chalked up to climate change, Mark Wysocki, the New York State climatologist, told The Times.

“In the 2000s, we’re seeing these extremes, between the driest and the wettest. Because of the climate changing, this is what we would expect, this volatility,” Wysocki said.