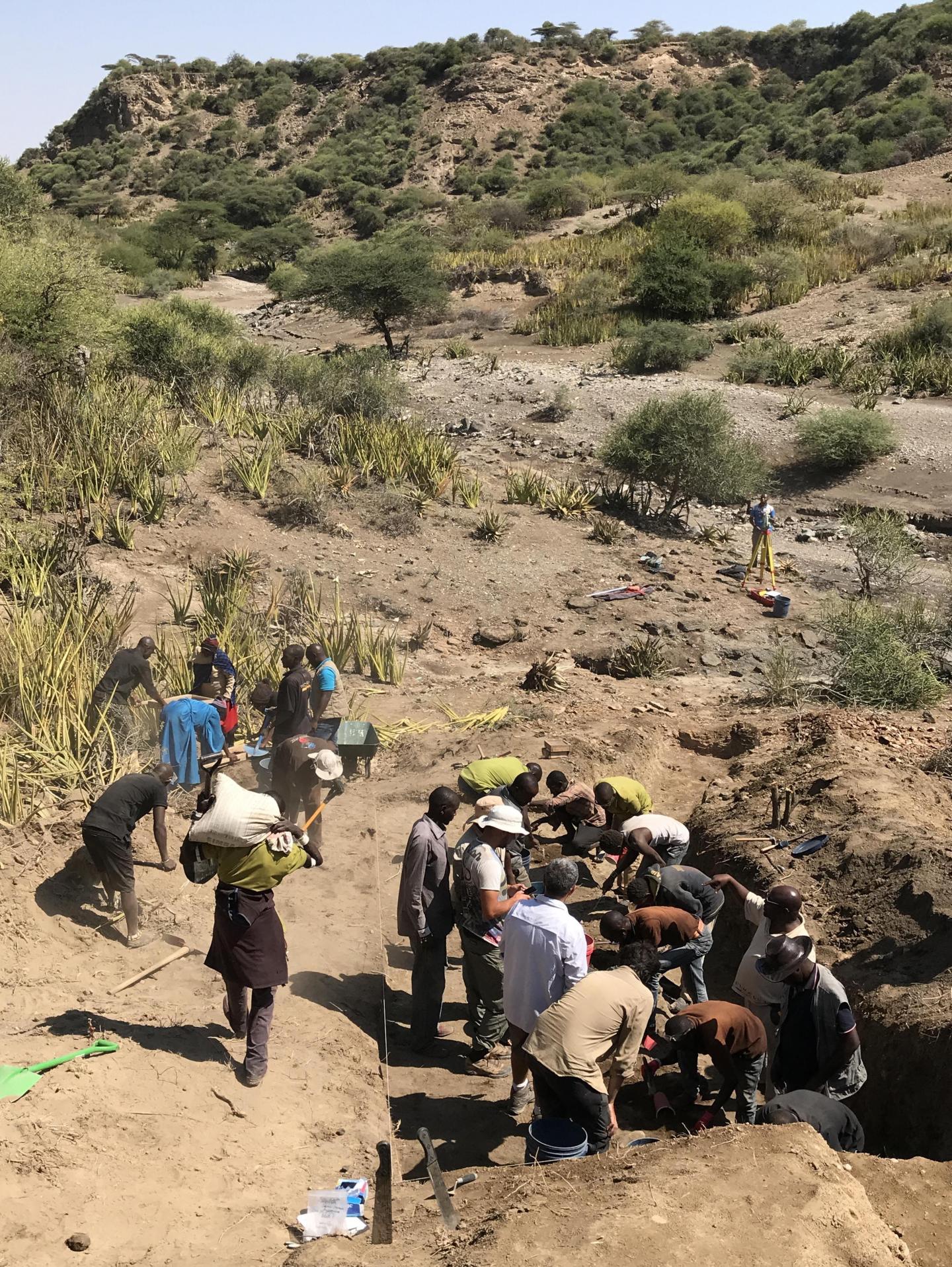 Olduvai (now Oldupai) Gorge, known as the Cradle of Humankind, is a UNESCO World Heritage site in Tanzania, made famous by Louis and Mary Leakey. New interdisciplinary field work has led to the discovery of the oldest archaeological site in Oldupai Gorge as reported in Nature Communications, which shows that early human used a wide diversity of habitats amidst environmental changes across a 200,000 year-long period.

Located in the heart of eastern Africa, the Rift System is a prime region for human origins research, boasting extraordinary records of extinct human species and environmental records spanning several million years. For more than a century, archaeologists and human palaeontologists have been exploring the East African Rift outcrops and unearthing hominin fossils in surveys and excavations. However, understanding of the environmental contexts in which these hominins lived has remained elusive due to a dearth of ecological studies in direct association with the cultural remains.

In the new study, published in Nature Communications, researchers from the Max Planck Institute for for the Science of Human History teamed up with lead partners from the University of Calgary, Canada, and the University of Dar es Salaam, Tanzania, to excavate the site of ‘Ewass Oldupa’ (meaning on ‘the way to the Gorge’ in the local Maa language, as the site straddles the path that links the canyon’s rim with its bottom). The excavations uncovered the oldest Oldowan stone tools ever found at Oldupai Gorge, dating to ~2 million years ago. Excavations in long sequences of stratified sediments and dated volcanic horizons indicated hominin presence at Ewass Oldupai from 2.0 to 1.8 million years ago.

Fossils of mammals (wild cattle and pigs, hippos, panthers, lions, hyena, primates), reptiles and birds, together with a range of multidisciplinary scientific studies, revealed habitat changes over 200,000 years in riverine and lake systems, including fern meadows, woodland mosaics, naturally burned landscapes, lakeside palm groves and dry steppe habitats. The uncovered evidence shows periodic but recurrent land use across a subset of environments, punctuated with times when there is an absence of hominin activity.

Dr. Pastory Bushozi of Dar es Salaam University, Tanzania, notes, “the occupation of varied and unstable environments, including after volcanic activity, is one of the earliest examples of adaptation to major ecological transformations.”

Hominin occupation of fluctuating and disturbed environments is unique for this early time period and shows complex behavioural adaptations among early human groups. In the face of changing habitats, early humans did not substantially alter their toolkits, but instead their technology remained stable over time. Indicative of their versatility, typical Oldowan stone tools, consisting of pebble and cobble cores and sharp-edged flakes and polyhedral cobbles, continued to be used even as habitats changed. The implication is that by two million years ago, early humans had the behavioural capacity to continually and consistently exploit a multitude of habitats, using reliable stone toolkits, to likely process plants and butcher animals over the long term.

Though no hominin fossils have yet been recovered from Ewass Oldupa, hominin fossils of Homo habilis were found just 350 metres away, in deposits dating to 1.82 million years ago. While it is difficult to know if Homo habilis was present at Ewass Oldupa, Professor Julio Mercader of the University of Calgary asserts that “these early humans were surely ranging widely over the landscape and along shores of the ancient lake.” Mercader further notes that this does not discount the possibility that other hominin species, such as the australopithecines, were also using and making stone tools at Ewass Oldupa, as we know that the genus Paranthropus was present in Oldupai Gorge at this time.

The findings uncovered at Oldupai Gorge and across eastern Africa indicate that early human movements across and out of Africa were possible by 2 million years ago, as hominins possessed the behavioural ability to expand into novel ecosystems. Professor Michael Petraglia of the Max Planck Institute notes, “This behavioural flexibility arose in the context of the dawn of the evolution of our own genus, Homo, and it set the stage for the eventual global, invasive spread of Homo sapiens.”

Researchers involved in this study include scholars from the Universities of Calgary, Manitoba, McMaster, and Toronto (Canada), the University of Dar es Salaam and Iringa as well as the Ministry of Natural Resources and Tourism (Tanzania), the Max Planck Institute for the Science of Human History (Germany), the Institut Català de Paleoecologia Humana i Evolució Social, and the Madrid Institute for Advanced Study (Spain). All institutions work closely with the Tanzania Commission for Science and Technology, the Division of Antiquities (MNRT), and under the sponsorship of the Canadian Social Sciences and Humanities Research Council (Partnership program).