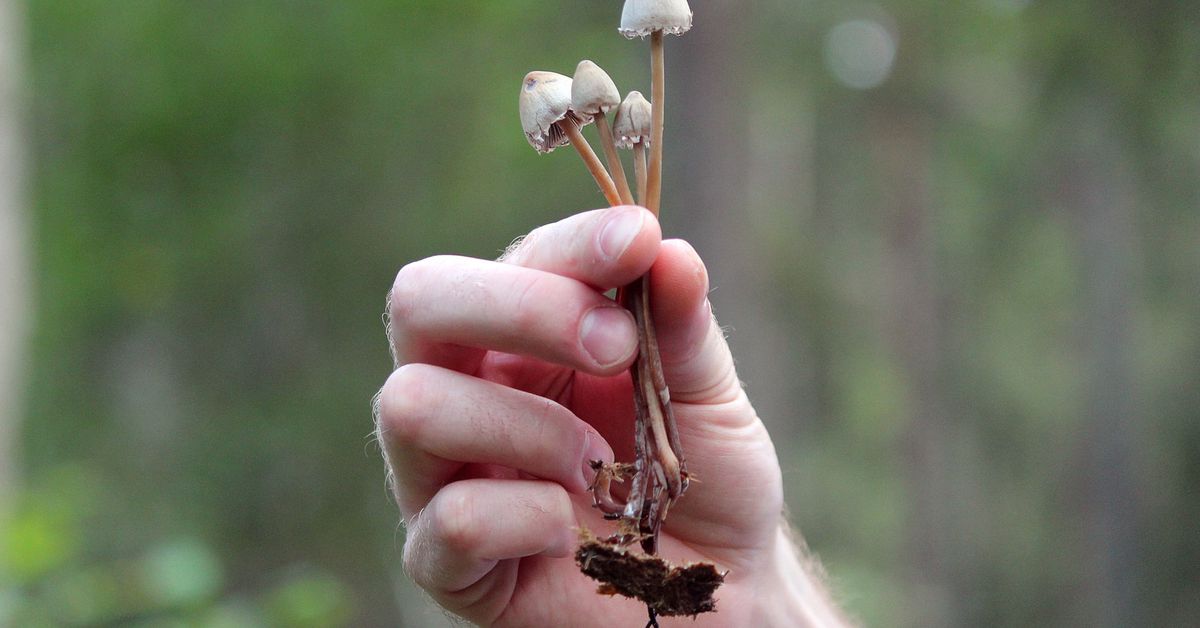 The ballot measure doesn’t mean these drugs will be sold in dispensaries. (Unsplash/)

Tuesday’s dramatic election night saw the approval of multiple historic ballot measures, including ground-breaking new drug policies in Oregon. In addition to decriminalizing the possession of small amounts of most recreational drugs—and moving to establish an addiction treatment program funded by tax revenue from legal marijuana sales—residents also voted to legalize psilocybin, the hallucinogenic compound found in so-called magic mushrooms. While voters in Washington, DC have pushed through a ballot initiative to decriminalize the same substance, Oregon will be the first state to allow regulated administration and use of the drug. Here’s everything you need to know.

Psilocybin is a natural compound produced by hundreds of different species of fungi—particularly members of the globally-occurring genus Psilocybe. When humans consume psilocybin, our bodies quickly convert it to psilocin, which attaches to some of our serotonin receptors. Serotonin has a strong effect on mood, but researchers aren’t yet sure why psilocin’s attachment to its receptors can cause effects like heightened emotion, distortions in perception, and hallucinations. Results vary widely depending on dosing, the individual taking the drug, and the setting in which it’s taken, but most users experience a trip encompassing four to six hours.

While the exact mechanisms of psilocin are still under investigation, ingesting psilocybin is considered relatively safe. A 2017 report by the Global Drug Survey found that magic mushrooms were less likely to send users to the emergency room than any other illicit drug. Researchers involved in the study noted that shrooms are not addictive and have no known toxicity; no one has ever died from an overdose. Some evidence—in the form of cave art—suggests that our ancestors started consuming mind-altering mushrooms thousands of years ago.

While psychedelics are generally not dangerous in the same manner as heroin or alcohol, they’re not totally risk-free. Any substance that alters your perception and behavior puts you in increased danger of causing harm to yourself or others, even if only by accident. People who wish to use mind-altering substances should make sure to take them in a safe, controlled setting with a sober buddy to keep an eye on them. When it comes to psilocybin, accidental poisoning is another concern: mushroom-hunters who aren’t fungi experts might pick and eat toxic species by mistake.

However, psilocybin has more going for it than just its relative safety as a recreational drug. It also shows incredible promise for treating psychiatric conditions like depression and post-traumatic stress disorder (PTSD).

How can psilocybin be used in psychotherapy?

As recently as Wednesday, a small new study added to the growing evidence that psilocybin-assisted talk therapy can have a profound impact on people suffering from depression. This study and others suggest that when taken in the right setting—with the supervision and guidance of a therapist, psychiatrist, or some other mental health counselor—psilocybin can increase the effectiveness of typical therapy. In 2016, a pair of studies from New York University and Johns Hopkins found that a single dose could significantly improve symptoms of anxiety and depression in terminally ill cancer patients. While researchers are still working to understand why this works—or how long the effects can last—there is now little doubt that something about the psychedelic experience opens people up to deal with their toughest emotions. The Food and Drug Administration has even granted “Breakthrough Therapy” approval for the drug’s use in certain circumstances.

Psilocybin is just one of several so-called psychedelics currently being investigated for use in treating various mental health conditions. Ketamine, an anesthetic and party drug that can have hallucinogenic effects, is now being used to treat depression in the US—and there’s some evidence that the trip could provide part of the benefit. MDMA, also known as ecstasy, has shown stunning results in improving PTSD symptoms. In all cases, research shows that the drug on its own doesn’t heal mental health woes—it’s crucial that patients undergo therapy with a trained professional while they’re under the effects of the psychedelic.

How easy will it be to buy magic mushrooms in Oregon?

Measure 109 legalizes the use and sale of hallucinogenic mushrooms, but that doesn’t mean people in Oregon will be able to just buy them at dispensaries as you would marijuana. Instead, the ballot measure states that the Oregon Health Authority will set up guidelines under which regulated treatment facilities can administer psilocybin products to their patients. People who wish to buy these drugs will have to take them under the observation of a trained facilitator. Mother Jones notes that the process could be as simple as signing up for therapy, but the exact regulations will be determined over the next two years. For now, the only certain requirement is that users be at least 21 years old.