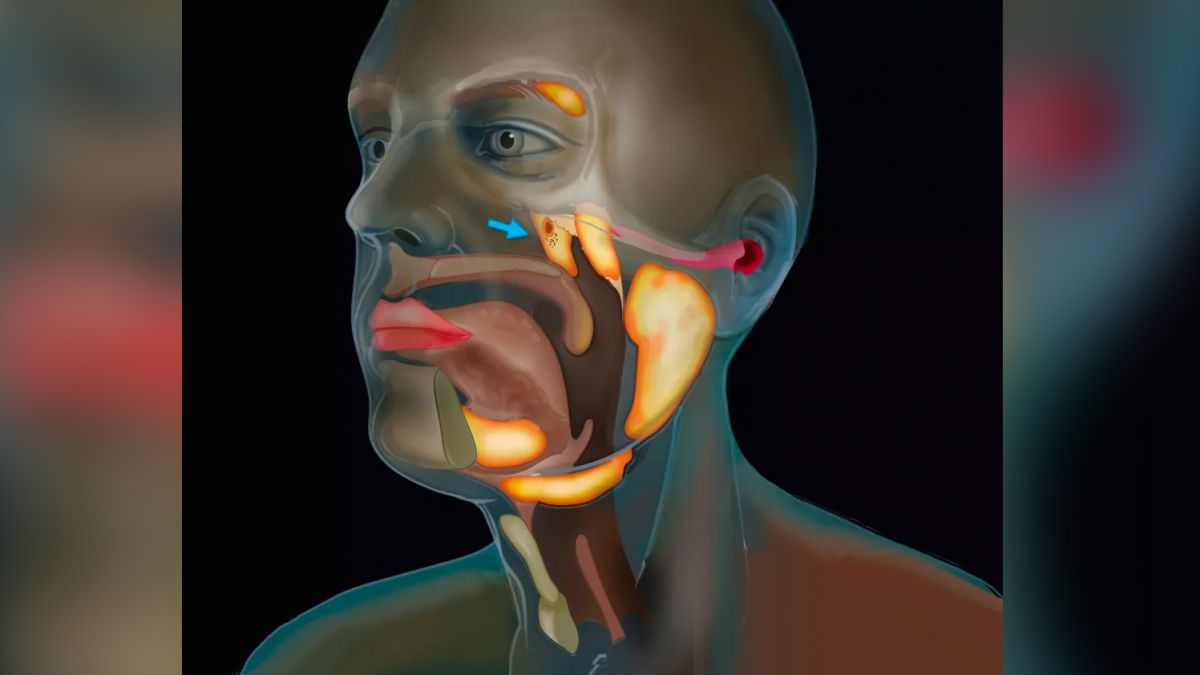 The biggest science news this year, by far, was anything to do with the novel coronavirus and the ongoing pandemic. Stories about COVID-19 received exponentially more views on Live Science than any other science news we shared.

But despite the hardship of the pandemic, there was plenty of fascinating science happening outside the realm of COVID-19 research. From enormous sea creatures to asteroids to, yes, COVID-19, here’s a roundup of some of this year’s most popular stories on Live Science.

Live Science loves weird creatures, and our readers do, too. Many were excited to learn about the discovery of a 150-foot-long (45 meters) marine animal called a siphonophore — a translucent, string creature that, like coral, is made up of smaller critters. Underwater explorers with the research vessel Falkor spotted the lengthy beast in a submarine canyon off the coast of Australia. The team said this siphonophore is “seemingly the largest animal ever discovered.”

In October, SpaceX’s “Starman” mannequin, riding in the driver’s seat of a cherry-red Tesla Roadster, made its closest approach ever to Mars. Close is relative, though — the rapidly-decaying sports car and dummy were just under 5 million miles (8 million kilometers) away from the Red Planet, which is about 19 times the distance from  Earth to the moon. Starman and his Roadster have been orbiting the sun for about two years, since launching in February 2018.

April’s full moon this year year was a real treat: A pink supermoon! On April 7, the moon was closer to Earth than any other time in the year, making it the largest full moon of the year. But the pink supermoon wasn’t actually pink. April’s moon is named for the pink wildflower Phlox subulata, which blossoms in eastern North America in the early springtime. Although April’s supermoon wasn’t colorful, it was still impressive.

Read more: How to see tonight’s pink supermoon, the largest full moon of 2020

We look forward to the Comedy Wildlife Photo Awards every year, and this year did not disappoint. The winning image was a perfectly-timed photo of a sea turtle appearing to be flipping the bird. “It’s been amazing to see the reaction to my photo of Terry the Turtle flipping the bird,” said photographer Mark Fitzpatrick, “with Terry giving people a laugh in what has been a difficult year for many, as well as helping spread an important conservation message.”

Read more: Is this the funniest animal picture ever?

In April, we were intrigued (and perhaps a little concerned) to learn that scientists detected what may have been the largest hole in the ozone layer ever recorded over the North Pole. The hole covered an area roughly three times the size of Greenland and had the potential to expose people living at far northern latitudes to high levels of ultraviolet radiation. Fortunately, the hole eventually closed on its own.

5. ‘Oumuamua could still be alien technology

‘Oumuamua is a mysterious, interstellar object that ventured through our solar system two years ago. Several people suspected that the cigar-shaped object was some kind of alien technology, particularly because it was accelerating as though something were propelling it. But scientists were quick to point out that the chances of alien-origin were slim, and a physical or astronomical explanation is more likely. However, in August, astrophysicists published a study debunking at least one non-alien theory — that hydrogen is working to propel the object. This means there’s still hope it’s aliens!

3. The deadliest viruses on Earth

This article on the deadliest viruses wasn’t new, but it garnered a lot of attention this year. Humans have been battling viruses since the beginning of our existence, and fortunately, we’ve conquered a few with vaccines and effective antiviral drugs. But, as evidenced by this list, there are still many viruses that can take us down.

2. The worst epidemics and pandemics in history

Readers were also fascinated by a story on the most deadly epidemics and pandemics in history, from a prehistoric outbreak in 3000 B.C. to the ongoing Zika Virus epidemic that began in 2015. This lengthy list reveals how disease outbreaks have plagued humankind throughout our existence, sometimes changing the course of history and even eliminating entire civilizations.

Read more: 20 of the worst epidemics and pandemics in history

1. Coronavirus and the COVID-19 pandemic

As mentioned earlier, the coronavirus pandemic was the biggest science news of the year. The top three most-read coronavirus stories of 2020 were:

The symptoms of COVID-19

People with COVID-19 can have asymptomatic, mild or severe disease, and may experience a wide range of symptoms. Live Science health reporters have updated this article at least three times this year, as doctors and scientists discover more about how the novel coronavirus manifests in humans.

Read more: What are the symptoms of COVID-19?

The coronavirus wasn’t made in a lab

The origin of the novel coronavirus, called SARS-CoV-2, was initially unclear, which gave rise to the persistent myth that the virus was made by scientists and escaped from a lab in Wuhan, China, where the outbreak began. But an analysis of the SARS-CoV-2 genome revealed that the virus is naturally occurring, and highly unlikely to be human-engineered. There is still no evidence that the SARS-CoV-2 virus is human-made, despite continued investigation into the possibility.

Read more: The coronavirus was not engineered in a lab. Here’s how we know.

The coronavirus is different from the flu

When the novel coronavirus emerged, some people assumed that because symptoms of coronavirus seemed to overlap with symptoms of the seasonal flu virus, the two viruses presented a similar threat. However, scientists and doctors soon realized this was not the case — the coronavirus spreads much more easily and has a far higher death rate than the flu. This was our single most-read story of the year.

Read more: How does the new coronavirus compare with the flu?