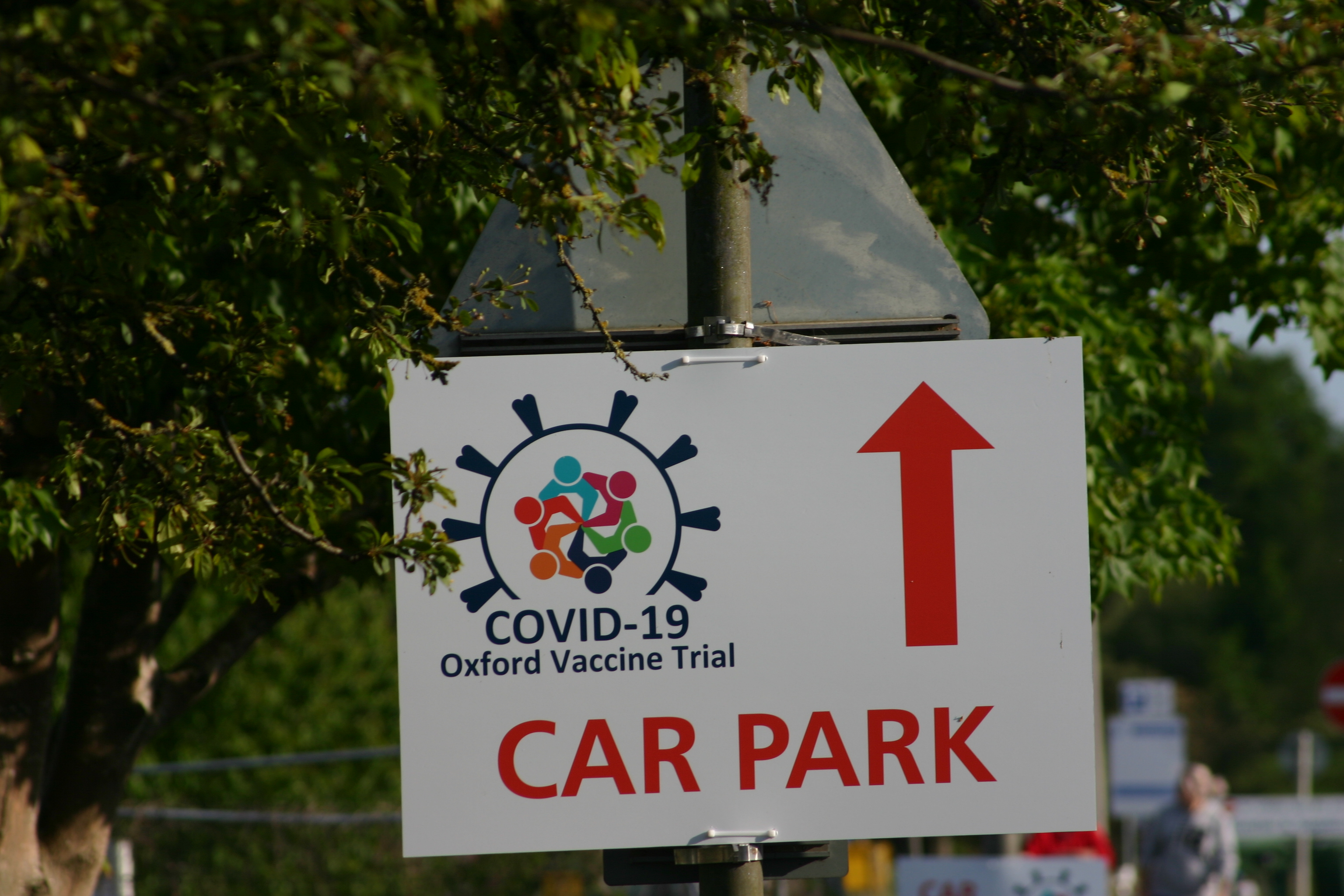 A third major coronavirus vaccine candidate has revealed promising results in late-stage trials, as researchers announced the so-called Oxford vaccine is around 70% effective in preventing COVID-19; and it can be 90% effective when given at a specific dose, according to a statement released on Monday (Nov. 23).

The news follows recent announcements from Pfizer and Moderna that their coronavirus vaccines were both around 95% effective. Though showing a relatively lower (but still promising) efficacy, the Oxford vaccine is cheaper and easier to distribute than the other two.

The vaccine was developed by the University of Oxford and AstraZeneca and is given in two doses, 28 days apart. The early results are based on 131 participants in late-stage trials who developed COVID-19 after receiving either the Oxford vaccine or a placebo.

Related: The most promising coronavirus vaccines

No serious safety concerns were found, and none of the participants who developed an infection after receiving the vaccine were hospitalized or had serious disease, according to the statement. The trials were paused twice before (this is common in clinical trials) after two different participants developed neurological symptoms, but they were resumed again when investigators didn’t find a link between the vaccine and the symptoms, according to Vox.

Dosing made a big difference in efficacy, the results suggest: In those who received two full doses, the Oxford vaccine was around 62% effective, but in those who first received a half dose and then a full dose, the vaccine was 90% effective, according to the statement. However, the actual data is yet to be released and peer-reviewed; the press release did not reveal how many participants received the vaccine and how many received the placebo in either of the groups, crucial data that could be important in interpreting these results.

The half dose wasn’t deliberate, Mene Pangalos, the head of AstraZeneca’s non-oncology research and development, told Reuters. Back in the spring, researchers noticed that participants in Britain who were given a dose of the vaccine were reporting milder side effects than expected; it turned out, “they had underpredicted the dose of the vaccine by half,” Pangalos said. The company decided to go with it.

It’s not exactly clear why a lower first dose led to better results.

“We think that by giving a smaller first dose, that we’re priming the immune system differently — we’re setting it up better to respond,” Dr. Andrew Pollard, the director of the Oxford Vaccine Group, said in a news conference on Monday, according to the Belfast Telegraph. “And what we don’t know at this moment is whether that difference is in the quality or the quantity of the immune response.”

In vaccines that are given as a single dose, typically, the higher the dose, the better the immune response, Pollard said. But for vaccines given in two doses, like this one, the first dose primes the immune system and the second dose boosts it. “The different ways in which you prime are known to influence the response to the booster,” he said.

AstraZeneca will now submit efficacy and safety data from these phase 3 trials to regulatory agencies across the globe, and the University of Oxford will submit the full analysis to an independent peer-reviewed journal. Their phase 3 clinical trials are continuing across the globe, including in the U.K., Brazil, South Africa and the U.S.

The Oxford vaccine works differently than the Pfizer and Moderna vaccines. The latter two vaccines are based on a new technology that uses a genetic messenger to prompt the immune system to build the coronavirus’s spike protein, which in turn, prompts the immune system to create an arsenal of cells to attack the virus if a person is naturally exposed.

The University of Oxford’s vaccine takes a more traditional approach: It is made up of a weakened version of a common cold virus, called an adenovirus, that infects chimpanzees. The virus is genetically altered so that it can’t replicate in humans, and it has genes added in that code for the coronavirus’s spike protein. This, in turn, teaches the immune system to recognize the spike protein and attack the virus if a person is naturally exposed.

While the University of Oxford vaccine showed a lower efficacy than Pfizer’s and Moderna’s, there are advantages to the former. For example, the vaccine is much cheaper per dose than the other two and can be stored in regular fridge temperatures of 35.6 to 46.4 degrees Fahrenheit (2 to 8 degrees Celsius). In contrast, Pfizer’s vaccine has to be stored in ultra-cold conditions that will likely be a roadblock to storage and distribution, Live Science previously reported.

“Because the vaccine can be stored at fridge temperatures, it can be distributed around the world using the normal immunization distribution system,” Pollard said. “And so our goal … to make sure that we have a vaccine that was accessible everywhere, I think we’ve actually managed to do that.”

Editor’s note: This article was updated on Nov. 23 to include more information on why some of the participants received different doses.