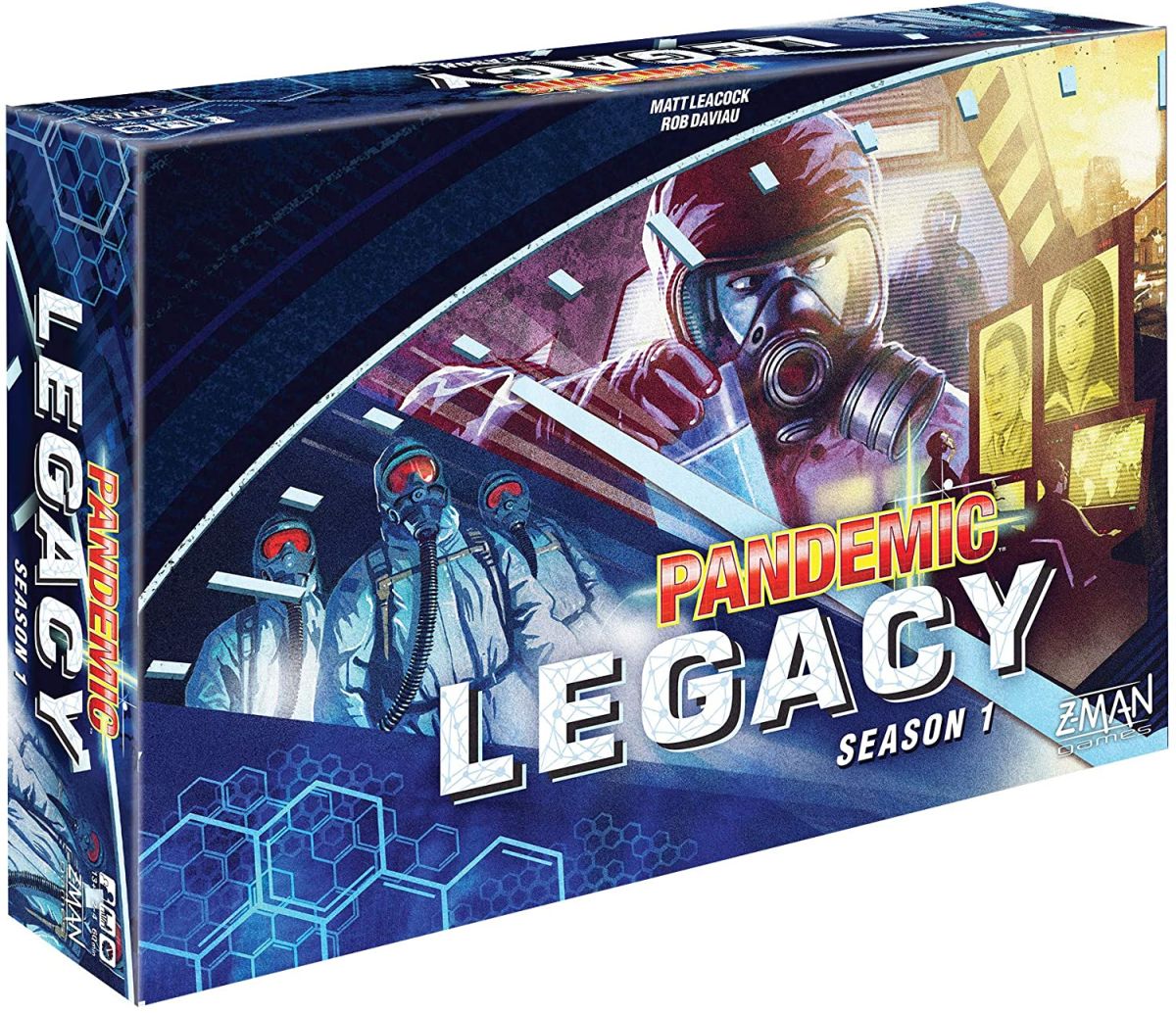 The world has (understandably) become increasingly interested in epidemiology and the history of pandemics this year. With a lot of us stuck inside more than usual, it’s also no surprise that households are spending their time with board games.

This has all led to the popularity of games like Pandemic: Legacy (Season One) the board game which you can now get for just $49.43 from Amazon saving you 38% right now. In this boardgame players combat a global outbreak, competing or cooperating to save the world — or even lead it to doom. So if you’ve ever wanted to save the world, or perhaps you have the curiosity to create your very own maleficent virus (Plague Inc: The Board Game is now 22% off at Amazon), this Black Friday period is the perfect time to sweep up some great deals on board games that are going viral.

If you’ve always yearned to join the fight against infection, Pandemic: Legacy (Season One) the board game puts you at the frontline of a deadly virus, with players working together to discover countermeasures and cures. Two to four players cooperate with different characters (such as scientists, medics or researchers) who each gain new skills and attributes as the game progresses, and the disease alters and spreads across the globe.

Each decision has permanent consequences as this legacy game unravels players’ own unique narrative — no two play-throughs are the same and each move could spell global disaster! Using stickers and written notes, and even by destroying playing cards, your game is permanently recorded and ready to continue in the next installment of Pandemic: Legacy (Season Two), as the epic story of the pandemic continues.

If you can’t get enough of viral board games, there are a host of other titles to consider. If you want to explore the darker side of a pandemic, Plague Inc: The Board Game sees players plot the end of the world by developing and adapting their very own viruses. One to four players compete to develop the most deadly disease, starting from patient zero before spreading from city to city and even mutating or developing new symptoms to overcome vaccines and countermeasures.

The original award-winning Pandemic board game is a shorter affair, with two to four players co-operating to take on the global crisis in a single relaxed sitting. Expect the same intricate mechanics of the other Pandemic games, but none of the legacy elements or epic narrative arc, as players move around the world to contain the outbreak in a comfortable 45 minutes.

For an even more-simplified version of Z-Man Games’ Pandemic series, you can also grab a great deal on Pandemic: The Cure dice game. This standalone version  features the same great turn-based strategy gameplay, as players take on different guises to fight a deadly virus, rolling dice to determine random world events that may help or hinder their progress. Take a look below for some of the top deals available now on these  board games.

Based on the original video game that attracted over 85 million players, this Black Friday you can save 22%! Act fast though, as this deal may go extinct soon.
View Deal

Save 35% on the usual price of this stripped-back version of Pandemic — players roll dice to progress in their epidemiological endeavours.
View Deal

The award-winning original sees two to four players co-operate to take on the global crisis, moving around the world to contain the outbreak in a comfortable 45 minutes.
View Deal