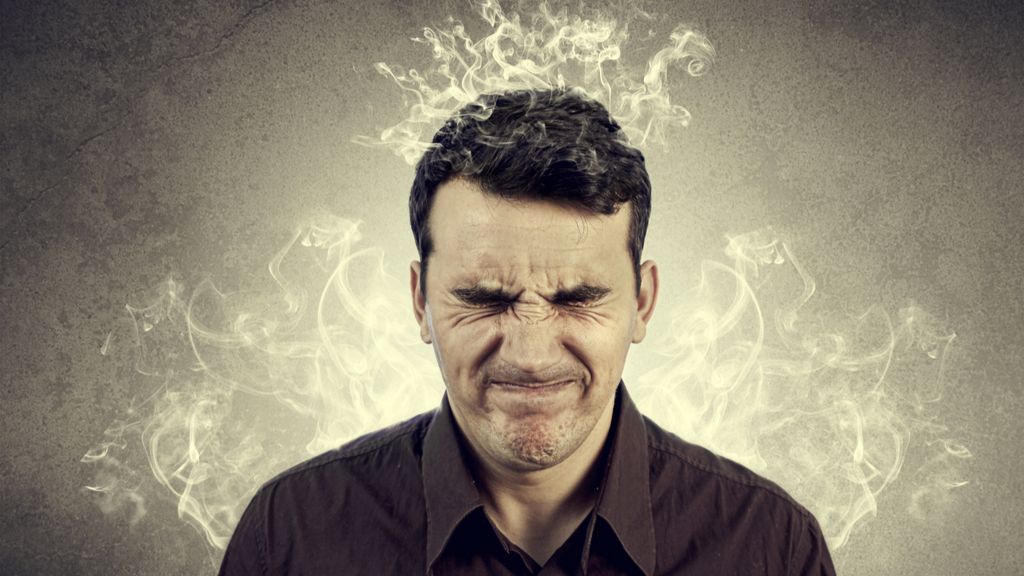 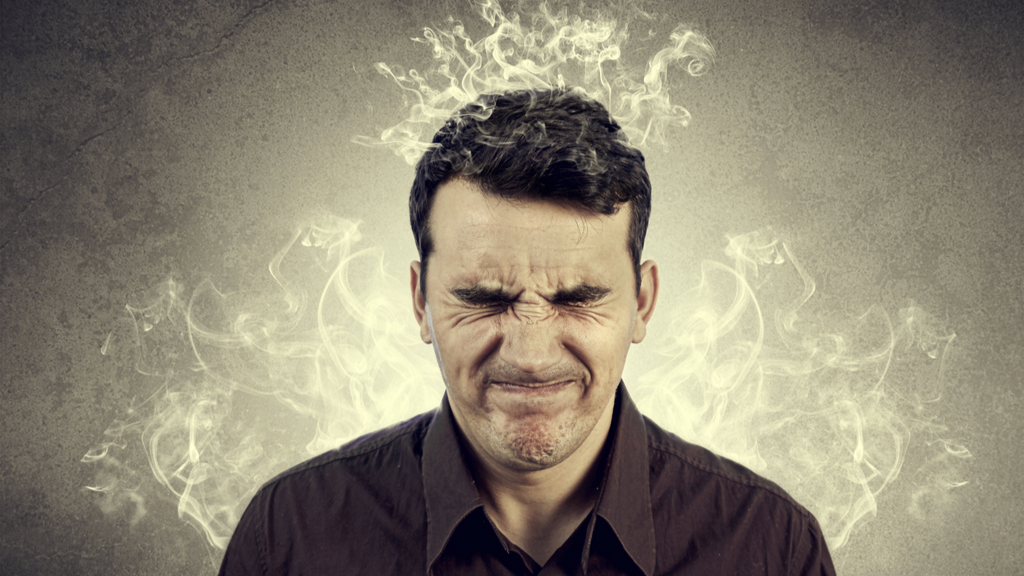 When faced with a challenging mental task, some people would rather endure literal pain than use their brain power.

According to a new study, published Nov. 17 in the journal eLife, the prospect of performing a difficult mental task can be just as off-putting as the threat of a painful experience, like having a scalding hot object held on your skin. In the study, participants could either subject themselves to this uncomfortable, thermal pain or they could complete a memory task — the choice was up to them.

“So your first thought would be, why would you ever choose pain?” said study lead author Todd Vogel, a doctoral student in the Department of Psychology at McGill University in Montreal, Canada. “These cognitive activities … they suck. They’re not fun. But they’re harmless,” in that they don’t cause bodily harm or discomfort, Vogel said. You might assume that people would always choose the harmless option over the harmful one, but you’d be wrong.

In fact, only one out of 39 participants in the study opted to perform the memory task every time, rather than occasionally take the pain. For all the others, pain was the more appealing option at least some of the time.

“I think that was most surprising, that this seemed to be consistent across people,” Vogel told Live Science.

The idea that people will avoid exerting mental effort, given the option, is not new; it’s at least been discussed since the days of William James, an influential 19th century psychologist, said Amitai Shenhav, an assistant professor in the Department of Cognitive, Linguistic and Psychological Sciences at Brown University, who was not involved in the study. Intuitively, we know that mental effort can be exhausting — we agonize over writing that 20-page essay for class or dread doing our taxes.

But just how far will people go to avoid a draining mental task? That’s a harder question to answer, Shenhav said. In past experiments, scientists tested whether people preferred performing simple tasks over difficult ones, or they offered people rewards for completing tough tasks, to see how steep their price would be, he said. The new study gets at the problem more directly by introducing a new element: physical pain.

“We think that doing cognitive tasks … is aversive, and that’s what this experiment addressed by comparing it to something we know is aversive,” Shenhav said. “I think the methods are just elegant.”

For their experiment, the authors first tested their participants’ individual pain thresholds using a device called a “thermosensory stimulator,” which heats up to a set temperature and cools quickly, so as not to injure the skin. Participants rated how much pain they experienced at different temperatures, from zero to 100, with zero being “no pain” and 100 being “very intense pain.” These ratings would become important later on.

The participants then performed a tricky memory task called the N-back. During the task, participants see a series of items pop up on a screen; in this case, different letters. As each letter appears, they are asked to confirm whether the on-screen letter matches one that appeared earlier in the sequence; for example, in a “two-back,” the participants recall which letter appeared two places previous. The farther back they’re asked to remember, the more challenging the task becomes.

The new study included five levels of the N-back, with four-back being the most difficult and zero-back being the least. (In the zero-back, participants don’t have to remember anything, but simply confirm whether the letter on screen is an “X” or not.) The experiment also included five levels of pain, rated from ten to 80 out of 100. These N-back and pain levels were mixed and matched throughout the study, giving participants the choice to choose one or the other each round.

“If you have the option between the highest pain option and the lowest effort option, we expected people to choose the effort,” Vogel noted. “And we also expected the opposite to probably be true,” when low-pain was paired with high-effort, he said. But between those two extremes, where the pain and effort levels were more evenly matched, what would happen then?

The authors found that, across all the trials, people on average chose the pain option 28% of the time; this overall average doesn’t take the different levels of pain and effort into account. Notably, when you specifically look at cases where the most intense pain option was paired with the four-back, people also opted for the pain about 28% of the time, on average. At intermediate levels of effort and pain, there was a point where the two became roughly equivalent.

“At some point, in terms of how you value them, they are the same,” Vogel said. “There’s a point where … if you have to choose between the two, it would be like flipping a coin.” That suggests that, at some level, pain and mental effort share similar repulsive qualities.

That said, “there’s something special about pain,” Vogel said. When their participants picked their poison each round, the study authors timed how quickly they made their decision. When they chose to tackle another round of the N-back rather than accept searing pain, the participants were relatively quick to decide, as if there was motivation to escape. But when they chose pain over the task, there was a consistent hint of hesitation — perhaps a deep-seated impulse to avoid the sensation.

So our avoidance of pain may be more fundamental than our distaste for mental effort, Vogel said. “You move your hand away from a hot stove, and you don’t have to think about it,” he said, but our avoidance of mental tasks likely stems from a more active decision-making process.

Of course, there are occasions where people seek out cognitive effort, rather than avoid it, such as when they work through a sudoku puzzle or pick up a book on a challenging subject. In the new study, participants who reported finding mental tasks “intrinsically rewarding” were slightly more likely to select the N-back over pain, compared with those who find mental tasks less rewarding. But as effort increased, even these participants sometimes took the heat.

Shenhav said that these patterns likely hold up with a variety of mental tasks, not just memory challenges like the N-back. However, there is still a question about what makes brain draining tasks so aversive in the first place.

“In addition to doing this hard work [during a task], you’re experiencing the expectation that you might make a mistake,” Shenhav said. When we avoid mental effort, there’s a question as to how much of that aversion can be chalked up to the thought of effort itself, and how much stems from the anxiety of getting something wrong, he said. To begin to address this question in future experiments, people could be surveyed about their feelings toward the task, their perceived likelihood of making mistakes and how they feel about making mistakes — for instance, whether they worry or feel anxious, he suggested.

Future studies could also pit cognitive effort against other unpleasant sensations, such as electric shocks, the stench of rotten eggs or even social discomfort. In one shocking study, published in 2014 in the journal Science, some people decided they would rather undergo mild electric shocks than sit in a room alone with their thoughts. It would be interesting to see what people might do if presented with the option to do a task, experience pain or just sit there, Shenhav said.

Vogel said, in the future, he’d also be interested in comparing whether these experimental results would differ between healthy people and those in clinical populations, including those with chronic pain or mood disorders, such as depression.