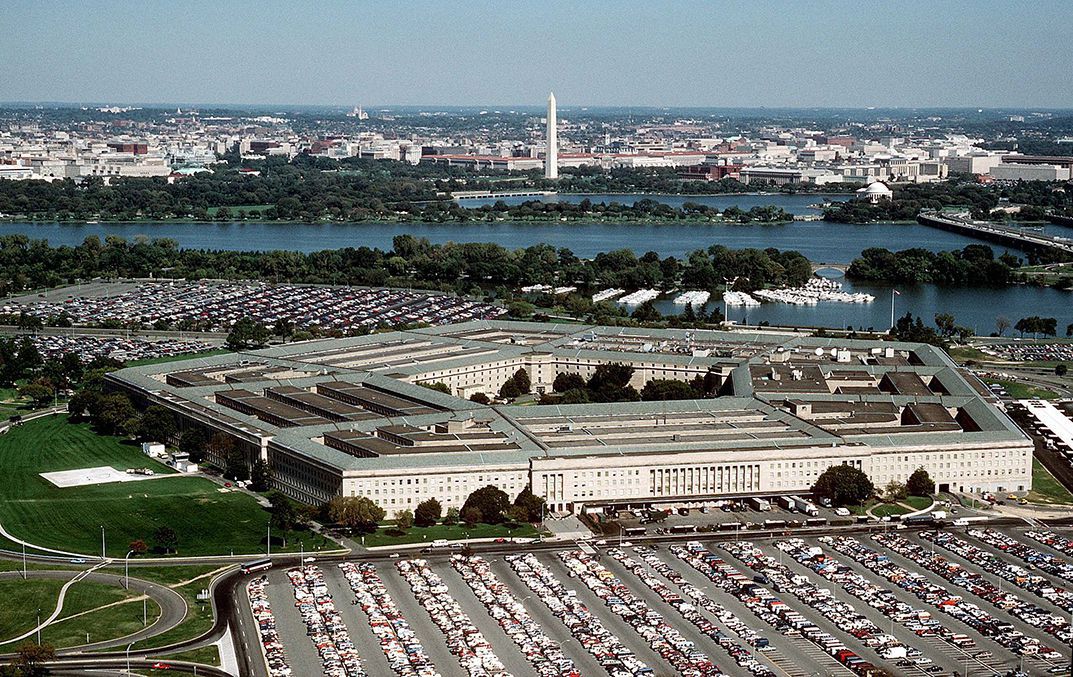 “Pandemics are like terrorist attacks: We know roughly where they originate and what’s responsible for them, but we don’t know exactly when the next one will happen. They need to be handled the same way — by identifying all possible sources and dismantling those before the next pandemic strikes.”

To depict the pandemic in such militarized terms is, for Daszak, a commonplace. In an Oct. 7 online talk organized by Columbia University’s School of International and Public Affairs, Daszak presented a slide titled “Donald Rumsfeld’s Prescient Speech.”:

In the subsequent online discussion, Daszak emphasized the parallels between his own crusade and Rumsfeld’s, since, according to Daszak, the “potential for unknown attacks” is “the same for viruses”.

Daszak then proceeded with a not terribly subtle pitch for over a billion dollars. This money would support a fledgling virus hunting and surveillance project of his, the Global Virome Project — a “doable project” he assured watchers — given the cost of the pandemic to governments and various industries.

Also on the video was Columbia University professor Jeffrey Sachs. Sachs is a former special advisor to the UN, the former head of the Millennium Villages Project, and was recently appointed Chair of the newly-formed EAT Lancet Commission on the pandemic. In September, Sachs’ commission named Daszak to head up its committee on the pandemic’s origins. Daszak is also on the WHO’s committee to investigate the pandemic’s origin. He is the only individual on both committees.

These leadership positions are not the only reason why Peter Daszak is such a central figure in the COVID-19 pandemic, however. His appointment dismayed many of those who are aware that Daszak’s EcoHealth Alliance funded bat coronavirus research, including virus collection, at the Wuhan Institute for Virology (WIV) and thus could themselves be directly implicated in the outbreak.

For his part, Daszak has repeatedly dismissed the notion that the pandemic could have a lab origin. In fact, a recent FOIA by the transparency group U.S. Right To Know revealed that Peter Daszak drafted an influential multi-author letter published on February 18 in the Lancet. That letter dismissed lab origin hypothesese as “conspiracy theory.” Daszak was revealed to have orchestrated the letter such as to “avoid the appearance of a political statement.”

Sachs for his part seemed surprised by Daszak’s depiction of Rumsfeld but Daszak reassured him. “It’s an awesome quote! And yes, it’s Donald Rumsfeld, Jeff, and I know he’s a Republican, but — what a genius!”

Following the EcoHealth Alliance’s money trail to the Pentagon

Collecting dangerous viruses is typically justified as a preventive and defensive activity, getting ahead of what “Nature” or “The Terrorists” might throw at us. But by its nature, this work is “dual use”. “Biodefense” is often just as easily biowarfare since biodefense and the products of biowarfare are identical. It’s simply a matter of what the stated goals are.

This is openly acknowledged [See below] by scientists associated with EcoHealth Alliance when talking about alleged programs in other counties — like Iraq.

For much of this year, Daszak’s EcoHealth Alliance garnered a great deal of sympathetic media coverage after its $3.7 million five-year NIH grant was prematurely cut when the Trump administration learned that EcoHealth Alliance funded bat coronavirus research at the WIV.

The temporary cut was widely depicted in major media as Trump undermining the EcoHealth Alliance’s noble fight against pandemics. The termination was reversed by NIH in late August, and even upped to $7.5 million. But entirely overlooked amid the claims and counter-claims was that far more funding for the EcoHealth Alliance comes from the Pentagon than the NIH.

To be strictly fair to the media, Daszak’s EcoHealth Alliance obscures its Pentagon funding. On its website EcoHealth Alliance states that “A copy of the EHA Grant Management Manual is available upon request to the EHA Chief Financial Officer at finance ( at ) ecohealthalliance.org”. But an email to that address and numerous others, including Peter Daszak’s, requesting that Manual, as well as other financial information, was not returned. Neither were repeated voicemails.

Only buried under their “Privacy Policy,” under a section titled “EcoHealth Alliance Policy Regarding Conflict of Interest in Research,” does the EcoHealth Alliance concede it is the “recipient of various grant awards from federal agencies including the National Institute of Health, the National Science Foundation, US Fish and Wildlife Service, and the US Agency for International Development and the Department of Defense.”

Even this listing is deceptive. It obscures that its two largest funders are the Pentagon and the State Department (USAID); whereas the US Fish and Wildlife Service, which accounts for a minuscule $74,487, comes before either.

Meticulous investigation of U.S. government databases reveals that Pentagon funding for the EcoHealth Alliance from 2013 to 2020, including contracts, grants and subcontracts, was just under $39 million. Most, $34.6 million, was from the Defense Threat Reduction Agency (DTRA), which is a branch of the DOD which states it is tasked to “counter and deter weapons of mass destruction and improvised threat networks.”

Pdf versions of this the spreadsheet are available to download. The summary is here and all Federal grants and contracts are here

David Franz was part of UNSCOM which inspected Iraq for alleged bioweapons — what were constantly referred to as WMDs or Weapons of Mass Destruction by the U.S. government and the media. Franz has been one of those eager to state, at least when discussing alleged Iraqi programs, that “in biology … everything is dual use — the people, the facilities and the equipment.” (NPR, May 14, 2003; link no longer available).

Just this year Franz wrote a piece with former New York Times journalist Judith Miller, whose stories of Iraqi WMDs did much to misinform the US public regarding the case for the 2003 invasion of Iraq. Their joint article, “A Biosecurity Failure: America’s key lab for fighting infectious disease has become a Pentagon backwater,” urges more funding for Fort Detrick.

Miller and Franz are long-time associates. Miller co-wrote the book Germs, released amid the 2001 false flag anthrax attacks, which repeatedly quotes Franz. Miller at the time received a hoax letter with a harmless white powder, increasing her prominence.

Franz continued hyping the existence of Iraqi WMDs even after the invasion of Iraq. While she was still with the Times, Miller quoted him in a story “U.S. Analysts Link Iraq Labs To Germ Arms” on May 21, 2003 pushing the theory that Iraq had mobile biological WMD units. (This theory was debunked by the British scientist Dr David Kelly, who would die, apparently by suicide, soon thereafter.

Four significant insights emerge from all this. First, although it is called the EcoHealth Alliance, Peter Daszak and his non-profit work closely with the military. Second, the EcoHealth Alliance attempts to conceal these military connections. Third, through militaristic language and analogies Daszak and his colleagues promote what is often referred to as, and even then somewhat euphemistically, an ongoing agenda known as “securitization“. In this case it is the securitization of infectious diseases and of global public health. That is, they argue that pandemics constitute a vast and existential threat. They minimize the very real risks associated with their work, and sell it as a billion dollar solution. The fourth insight is that Daszak himself, as the Godfather of the Global Virome Project, stands to benefit from the likely outlay of public funds.

Thanks to James Baratta and Mariamne Everett for researching the funding sources.

Sam Husseini is an independent journalist.