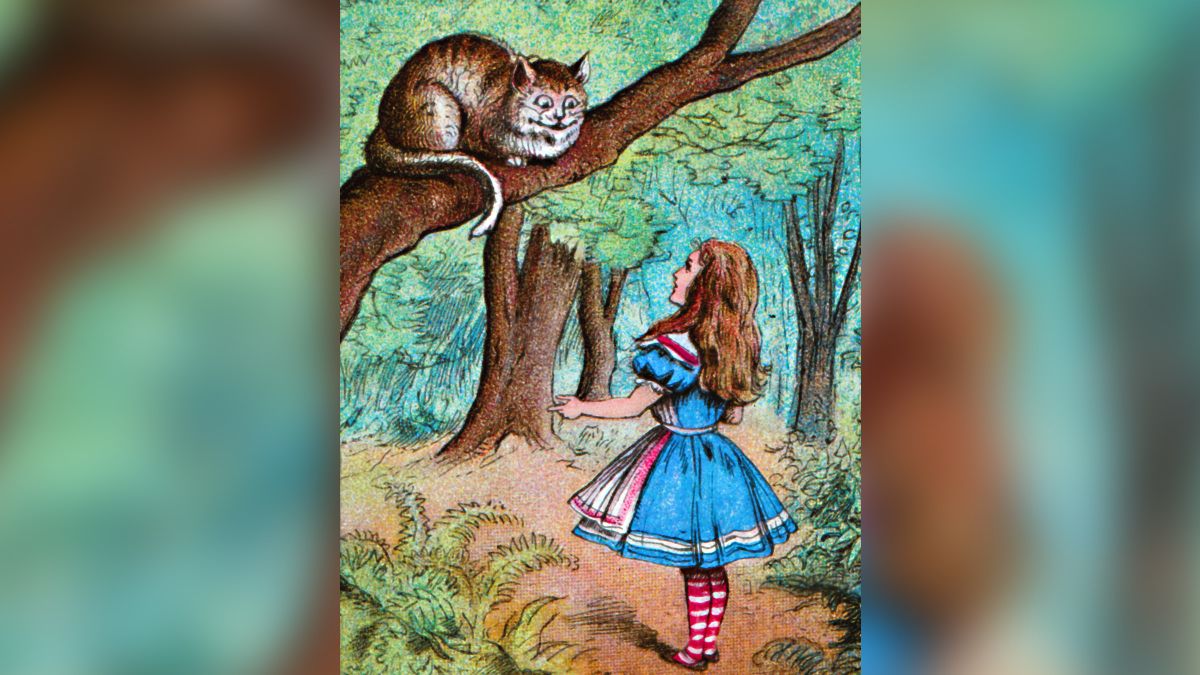 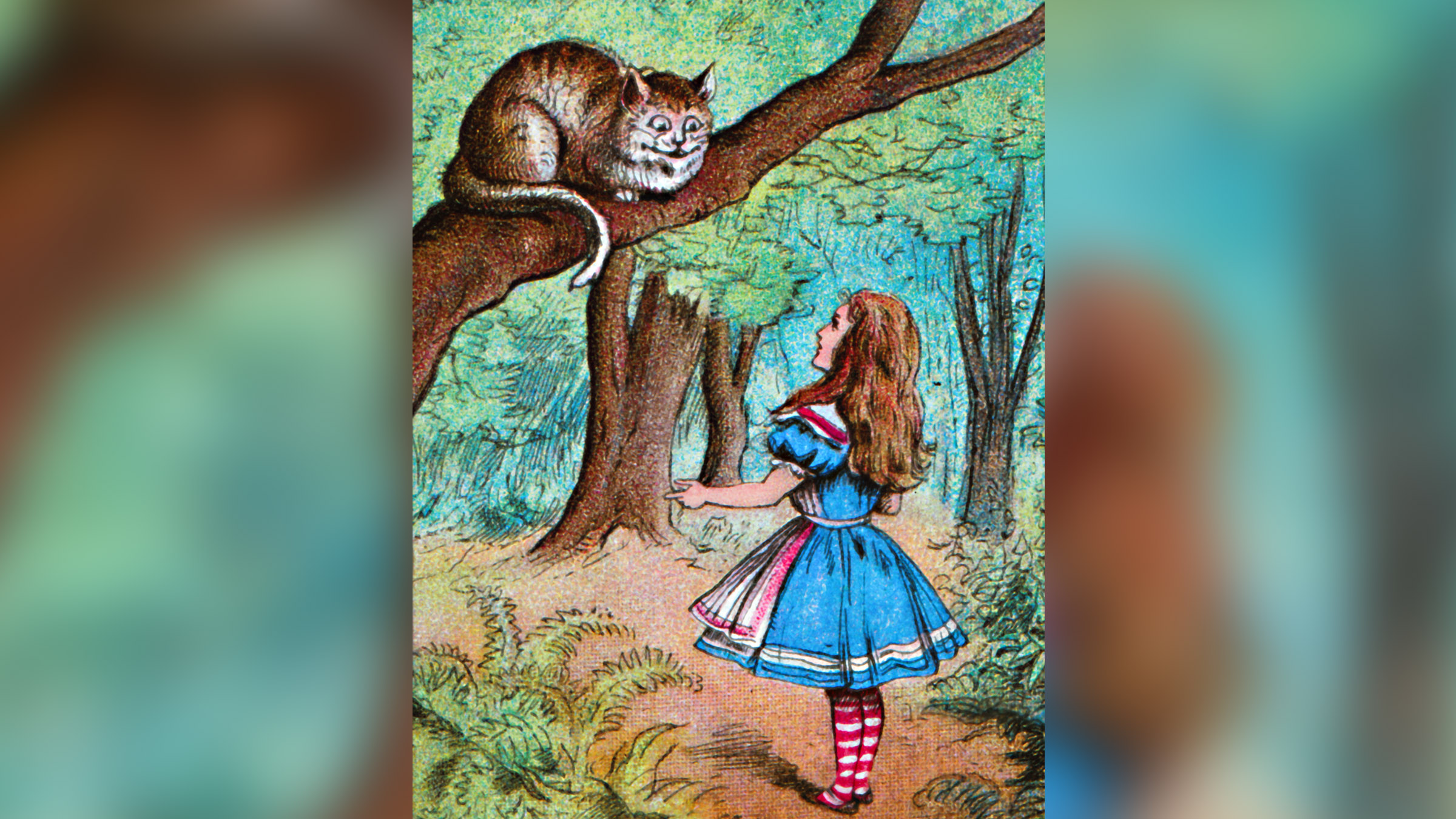 “I’ve often seen a cat without a grin,” thought Alice. “But a grin without a cat! It’s the most curious thing I ever saw in all my life!”

It’s an experience eminent physicist Yakir Aharonov can relate to. Together with fellow Israeli physicist Daniel Rohrlich, he’s shown theoretically how a particle might show its face in a corner of an experiment without needing its body anywhere in sight.

To be more precise, their analysis argues information could be transferred between two points without an exchange of particles.

The theory dates back to 2013 when researchers based in the US and Saudi Arabia suggested a kind of freezing effect applied to a quantum wave still might not be enough to stop it from transmitting information.

“We found it extremely interesting – the possibility of communication without anything passing between the two people who communicate with each other,” Aharonov explained to Anna Demming at Phys.org.

“And we wanted to see if we can understand it better.”

The experimental model they base their calculations on is surprisingly simple.

Think of a corridor with one end capped in a mirrored door. In quantum physics, where objects aren’t defined until observed, the door is both open and closed until it’s seen, not unlike the condemned cat in Schrödinger’s proposed thought experiment.

If a particle were to be sent down the corridor, its fate would also be a blur of possibility until its journey was made known. It would reflect and not reflect. Pass and not pass.

That’s because the particle’s wave of possibility has characteristics of any physical wave. There are crests and troughs governing the chances of the particle being found somewhere, and phases as it evolves over time.

Putting it simply, a part of the particle’s phase describing its angular momentum, or spin, should change in relation to the opened or closed state of the mirror, according to the physicists.

Even when the particle itself should be nowhere near that end of the corridor, Aharonov and Rorlich found that it’s almost as if the momentum should be capable of reaching out with a ghostly finger to touch the closed door, before carrying back a bit of information with it.

Particles aren’t typically known to let go of things like spin or charge, to have them wander away and affect distant surroundings, no more than a smile is known to remain while a face makes an exit.

“If you’re talking about a cat and its grin, that’s very strange,” Rorlich told Demming over at Phys.org.

Aharonov is no stranger to the Wonderland-like absurdity of quantum physics. More than half a century ago, he worked with the renowned theoretical physicist David Bohm on an analysis involving non-local effects on particles in electromagnetic fields.

In what is now named the Aharonov–Bohm effect, a charged particle can be affected by an electromagnetic potential even if it’s confined to an area where the surrounding magnetic and electric fields are both zero.

Think of a sailing boat zipping along when the ocean is still and the air is calm. Of course, ‘something’ must be nudging the vessel, you could argue. Without anything obvious forcing its motion, your eyes would move to the horizon with a sense of wonder what else might be responsible.

Just what that distant effect happens to be is as perplexing to quantum physicists as it is to the rest of us.

For things to move, something needs to cross its location and tell it which way to shift, or how fast. Things don’t just decide all by themselves how to act.

And yet we already see some decidedly “spooky” actions in quantum physics yet to be fully explained. Waves ‘entangled‘ by a past connection can instantly resolve into discrete particles that correlate with one another, no matter how distant they happen to be.

Aharanov’s explanation rests on a concept called modular momentum: a characteristic of particles that is hard to appreciate in great detail without a solid grounding in the maths of quantum field theory.

Basically, unlike everyday momentum – which we can experience directly in terms of shooting bullets and floating bubbles – modular momentum has its place in the quantum world of waves of probability, as they ripple and interfere with one another through space.

This isn’t quite the kind of momentum we’d use to describe how a pinball bounces about in a machine. But it is a kind of momentum that makes its presence known in how we calculate the possibilities of motion, even if the consequences of its actions are a little harder to imagine.

“Although it’s very surprising that properties can leave their particles, it is not as surprising as to say that nothing happened and there was an effect,” Aharonov told Phys.org.

Just what practical implications – if any – the groundwork might have will lie in the hands of future experiments and engineers.

For Aharonov and Rohrlich, the analysis aims to resolve the notion of what it means for particles to act locally, implying its properties – like the Cheshire cat’s smug grin – might sometimes matter more than the whereabouts of its body.

This research was published in Physical Review Letters.