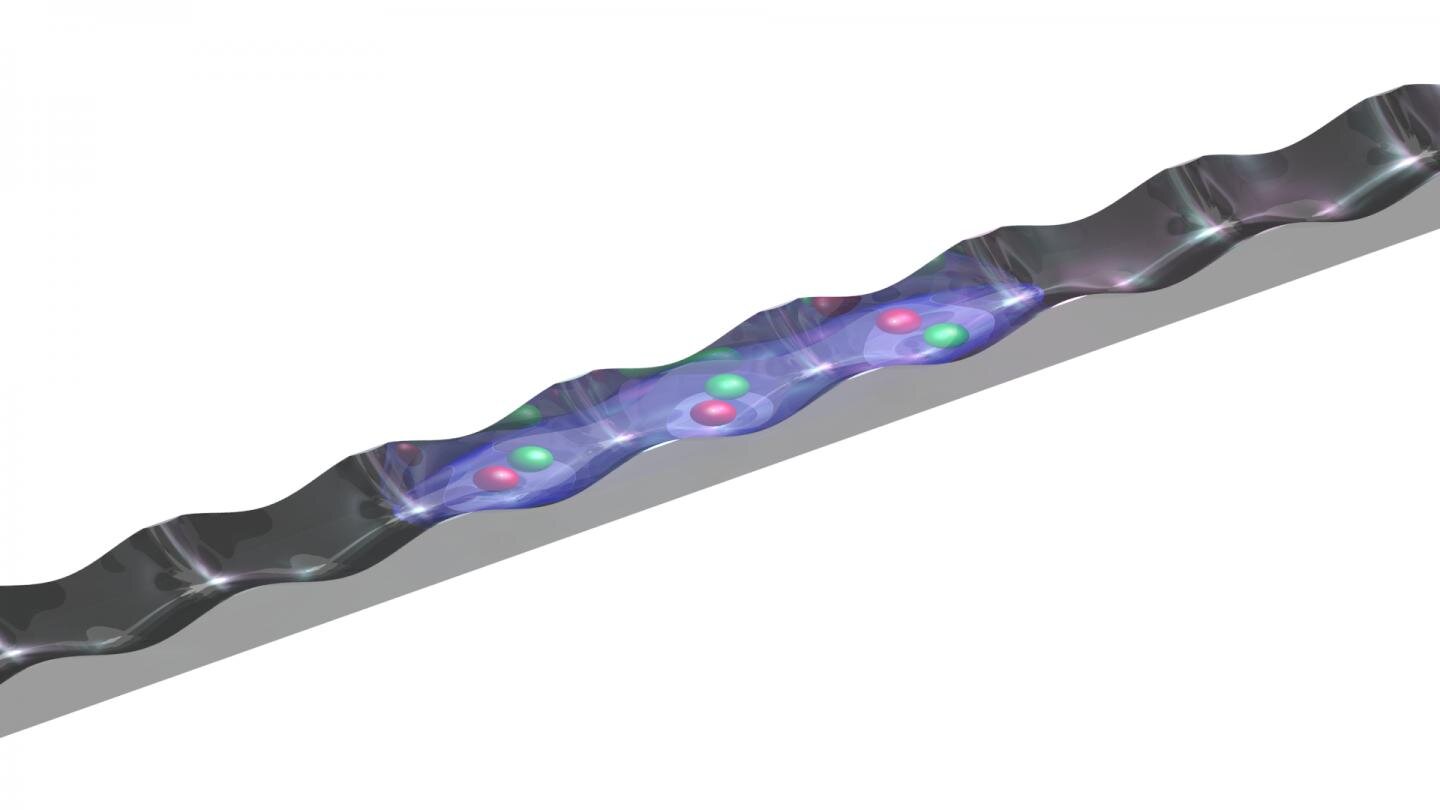 Liquids are ubiquitous in Nature: from the water that we consume daily to superfluid helium which is a quantum liquid appearing at temperatures as low as only a few degrees above the absolute zero. A common feature of these vastly different liquids is being self-bound in free space in the form of droplets. Understanding from a microscopic perspective how a liquid is formed by adding particles one by one is a significant challenge.

Recently, a new type of quantum droplets has been experimentally observed in ultracold atomic systems. These ones are made of alkaline atoms which are cooled down to extremely low temperatures of the order of nanokelvins. The main peculiarity of these systems is that they are the most dilute liquids ever experimentally observed. An extraordinary experimental control over the system opens the possibility of unraveling the mechanism leading to the formation of quantum droplets.

In a recent article published in Physical Review Letters, researchers from the Institute of Cosmos Sciences of the University of Barcelona (ICCUB) Ivan Morera and the late Prof. Artur Polls led by Prof. Bruno Juliá-Díaz, in collaboration with Prof. Grigori Astrakharchik from UPC, present a microscopic theory of lattice quantum droplets which explains their formation.

The properties of these tetramers already coincide with the ones of large quantum droplets which indicates that many of the feature properties of the many-body liquid are contained in the tetramer. They also discussed the possibility of observing these strongly correlated droplets in dipolar bosons or bosonic mixtures in optical lattices.

An ultradilute quantum liquid made from ultra-cold atoms