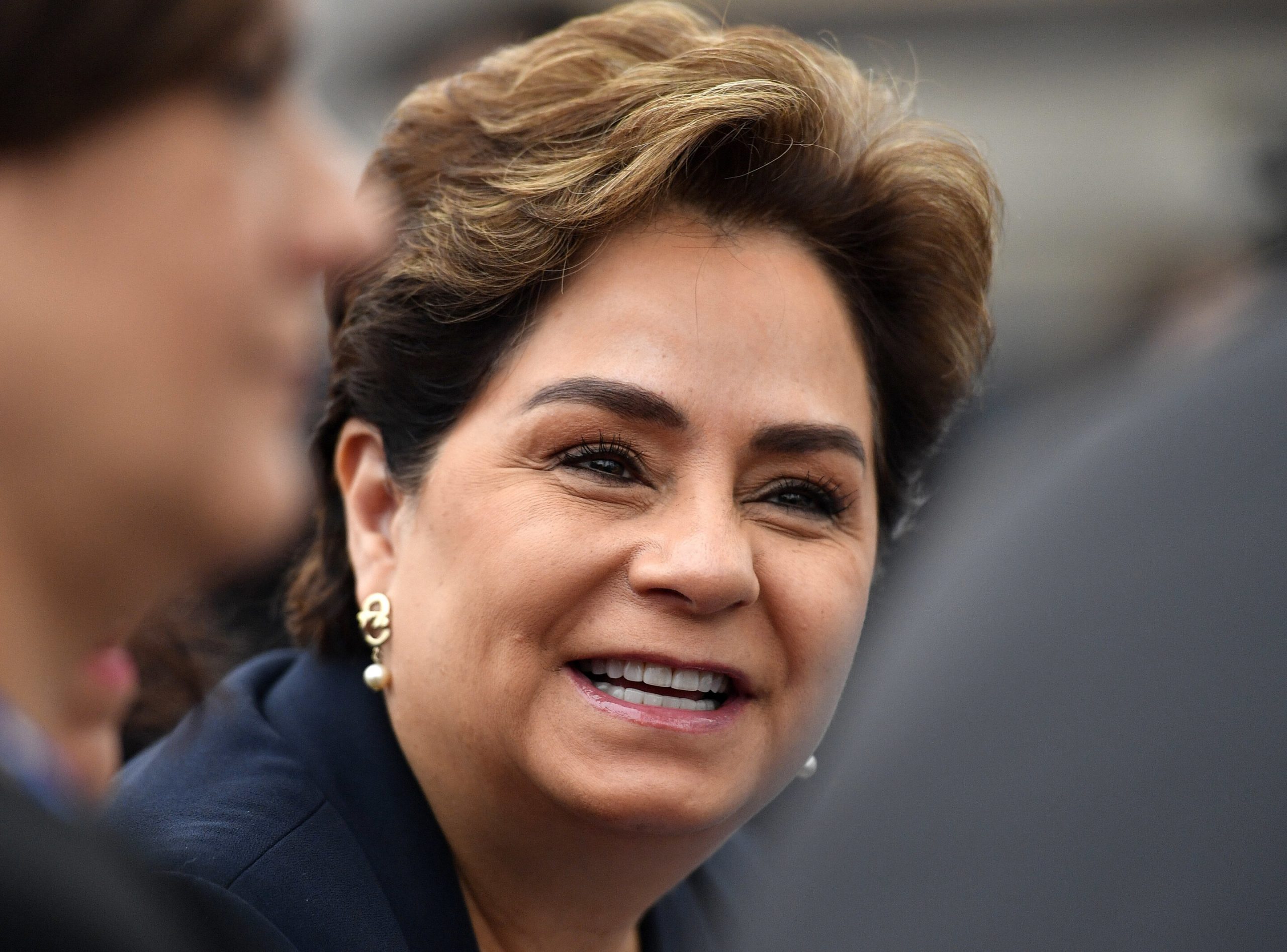 The U.N.’s climate chief says deadlines set by some of the world’s top polluters to end greenhouse gas emissions, along with president-elect Joe Biden’s pledge to take the United States back into the Paris accord, have boosted hopes of meeting the pact’s ambitious goals.

The agreement signed in the French capital five years ago aims to keep global warming well below 2 degrees Celsius (3.6 Fahrenheit)—ideally no more than 1.5 C (2.7 Fahrenheit)—compared to pre-industrial times by the end of the century. Experts say the world is far off track and that, with average temperatures already up by about 1 C (2 Fahrenheit), drastic action is needed in the next 30 years.

But the recent announcement by China, the world’s top polluter, that it will phase out emissions by 2060, and pledges by Japan and South Korea to do the same a decade earlier, have drawn cautious optimism from climate campaigners. Their hopes were further boosted by Biden’s election win earlier this month and his pledge to undo President Donald Trump’s withdrawal from the Paris agreement.

Spurred by the pandemic, the European Union wants to invest hundreds of billions in a ‘green recovery’ and is discussing whether to ramp up its medium-term emissions target for 2030.

“These announcements are really extraordinary,” Patricia Espinosa, head of the United Nations climate office, told The Associated Press. “Just a few months ago, I don’t think anybody would have really predicted that we would see these kinds of announcements at this time. And especially in the middle of the pandemic.”

Espinosa said countries’ willingness to commit to tougher emissions limits shows that curbing global warming remains a political priority—and that the target set in Paris is a possibility.

“Science has told us that we still have a chance to achieve it,” she said. “Looking at these announcements, I think that we should be also having even more hope.”

But Espinosa cautioned against complacency. “I don’t want to sound like it’s a done deal,” she said. “We are still far from there.”

The pandemic brought a sudden halt to the U.N.’s carousel of climate meetings, disrupting complex negotiations on a wide range of environmental issues and forcing cancellation of the global body’s annual climate summit for the first time in a quarter century.

“It has been challenging,” Espinosa said by video from her agency’s headquarters in Bonn, Germany, noting how carefully forged relationships were suddenly confined to virtual conversations. “It does not substitute the in-person contacts, but it works.”

In some ways, however, the coronavirus crisis has proved to be an opportunity to change old habits, she added.

“Everybody is clear that we will not go back to the normal that we had before the pandemic,” Espinosa said, recalling her globe-trotting days as Mexico’s top diplomat from 2006 to 2012 that sometimes included two long-distance flights a day. “You cannot continue to travel like you used to travel.”

The 62-year-old praised young people in particular for being willing to adapt, forgoing some of the planet-warming habits of older generations such as owning cars and indulging in meat-heavy diets that scientists say need to change.

“This deep transformation is very much going to be driven by the youth,” Espinosa said.

Still, political leadership remains key to weaning economies off fossil fuels, especially in countries where large numbers of jobs are tied to extraction of oil, natural gas and coal, she said, adding that governments will also have to look beyond national interests when it comes to investing in low-carbon solutions.

That will mean denying COVID-19 economic recovery funds to polluting industries while putting up the $100 billion each year world leaders pledged in Paris to help poor countries tackle climate change by 2020, she said.

“It is absolutely indispensable that we align those recovery packages to the goals of the Paris agreement,” Espinosa said. “We should not go back to the past. We cannot continue to invest in a gray future.”

Biden’s climate plan could reduce global warming by about 0.1°C