Polar Bears to Vanish from Most of the Arctic This Century 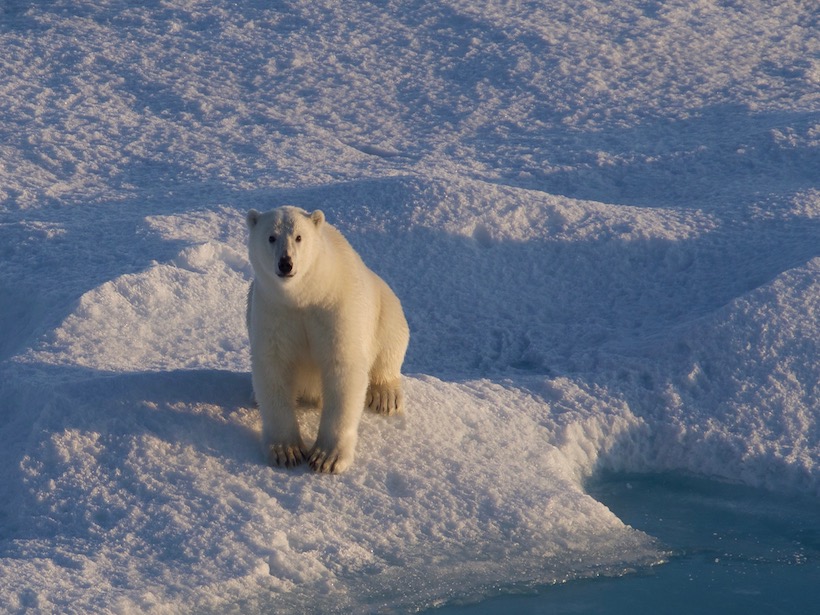 With Arctic sea ice in a spiraling decline—2020 was recently declared the second-lowest ice year in the satellite record—it’s an axiom of climate change that polar bears are in peril. But until now, scientists have been unable to pinpoint when and where populations of this charismatic marine mammal will begin to collapse. A novel model combining projections of future sea ice loss by region with calculations of the maximum number of ice-free days polar bears can withstand now gives a timeline for one of the most familiar symbols of global warming.

The outlook is grim. If our greenhouse gas emissions continue at their current high rate, dwindling sea ice will cause nearly all of the 19 polar bear (Ursus maritimus) subpopulations ringing the Arctic to collapse this century, the study, published this summer in Nature Climate Change, predicts.

Loss of the ice platform the bears need to hunt seals (their primary food source) will cause prolonged stretches without food—pushing all but the very northernmost groups past the point where they can survive and reproduce. The prospects for population survival improve if emissions drop, but even with moderate cuts, the model projects at least half of the groups remain likely to crash.

“Bears can go without food for extended periods, no problem,” said lead author Péter Molnár, an ecologist at the University of Toronto Scarborough. In the Hudson Bay region, for instance, 4 months of fasting while the summer ice melt forces bears ashore is now normal. “But if the ice goes lower, first of all the bears are going to come ashore in worse condition because they have had less time to eat; they’re not as well prepared to fast as long,” Molnár said. “It’s a threshold effect.…At some point you’re going to pass those thresholds, and that’s when problems start occurring very rapidly.”

To predict when and where those thresholds will be crossed, the researchers devised “timelines of risk.” The timelines considered the maximum amount of body fat polar bears can store under ideal conditions and how long it takes to deplete that energy reserve while fasting. From these calculations, they determined how many days a population can go without ice—meaning without food—before adult and cub survival plunges. Estimates of future ice duration were derived from passive microwave satellite radiometry and Community Earth System Model projections for 13 of the 19 subpopulation regions; six groups in the Canadian Arctic archipelago were excluded because resolution in the narrow channels there was too low. Timelines based on the so-called business-as-usual high-emissions scenario (Representative Concentration Pathway 8.5 (RCP 8.5), which assumes a roughly 4.3°C global temperature increase over preindustrial levels by 2100) were compared to those for the moderate-reduction scenario (RCP 4.5, approximately 2.4°C increase) to show the potential impact of mitigation efforts.

The approach “flips the estimation process on its head,” said coauthor Steven Amstrup, chief scientist for the nonprofit conservation organization Polar Bears International. Population modeling has been hindered by a lack of data on reproduction and survival rates in remote locations like the Arctic. And projections for ice-dependent species in a rapidly changing climate have been virtually impossible. “We don’t really have good linkage between ice-free days and reproductive success and survival,” Amstrup said. So instead, “reproductive failure and survival failure became outputs of the model.”

“This is an important study that allows us to better understand when demographic impacts will occur in different polar bear subpopulations,” said Kristin Laidre, an Arctic marine mammal specialist with the University of Washington’s Polar Science Center who was not involved in the study. “We will see variability in the timing and response of different subpopulations, and this paper attempts to quantify that.”

The model calculates the toll of food deprivation on each demographic segment of the polar bear population. Cubs will be affected first, followed by yearlings, mothers with young, and then males. Single females can survive the longest without food. The number of days is determined by region and the bears’ condition when they begin fasting. Populations in the Hudson Bay region are projected to collapse soonest, whereas those in Canada’s Queen Elizabeth Islands have the longest timeline for survival.

Exceptionally low ice years like this one—the Arctic summer sea ice minimum in 2020 was 2.51 million square kilometers below the average minimum for 1981–2010, according to the National Snow and Ice Data Center—could speed up those timelines.

Low summer ice allows more heat from the Sun to enter the ocean, which inhibits the formation of sea ice in the fall, said Cecilia Bitz, a University of Washington climate scientist and coauthor on the paper. As a consequence, that winter’s ice may be thinner and break up earlier the following summer. And less time feeding on the ice means polar bears will start their next fast in poorer condition.

“So you can see the spiraling effect of low-ice conditions one year impacting the conditions of the next,” Bitz said.

Even if the ice recovers the following year, loss of reproducing adult bears during a bad ice year can reverberate down the line, said Amstrup. “These things can have a major whack that could push us closer to those timelines of risk.”