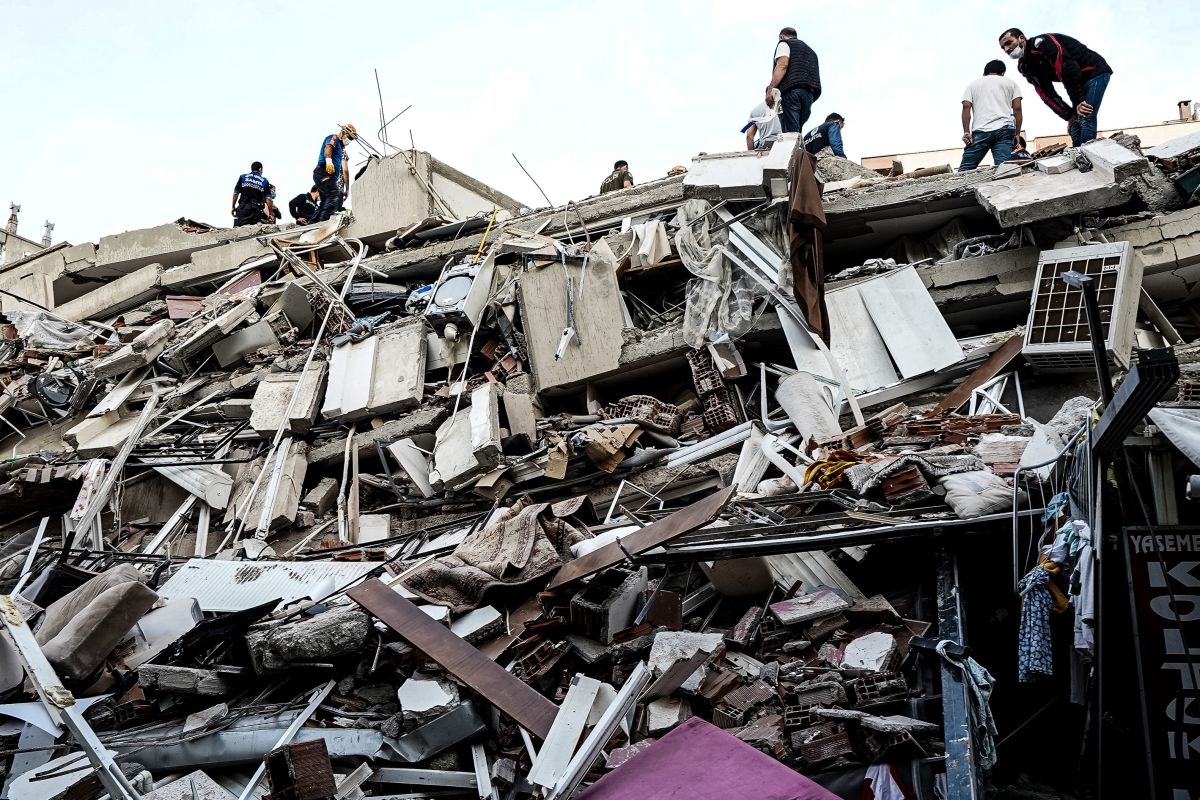 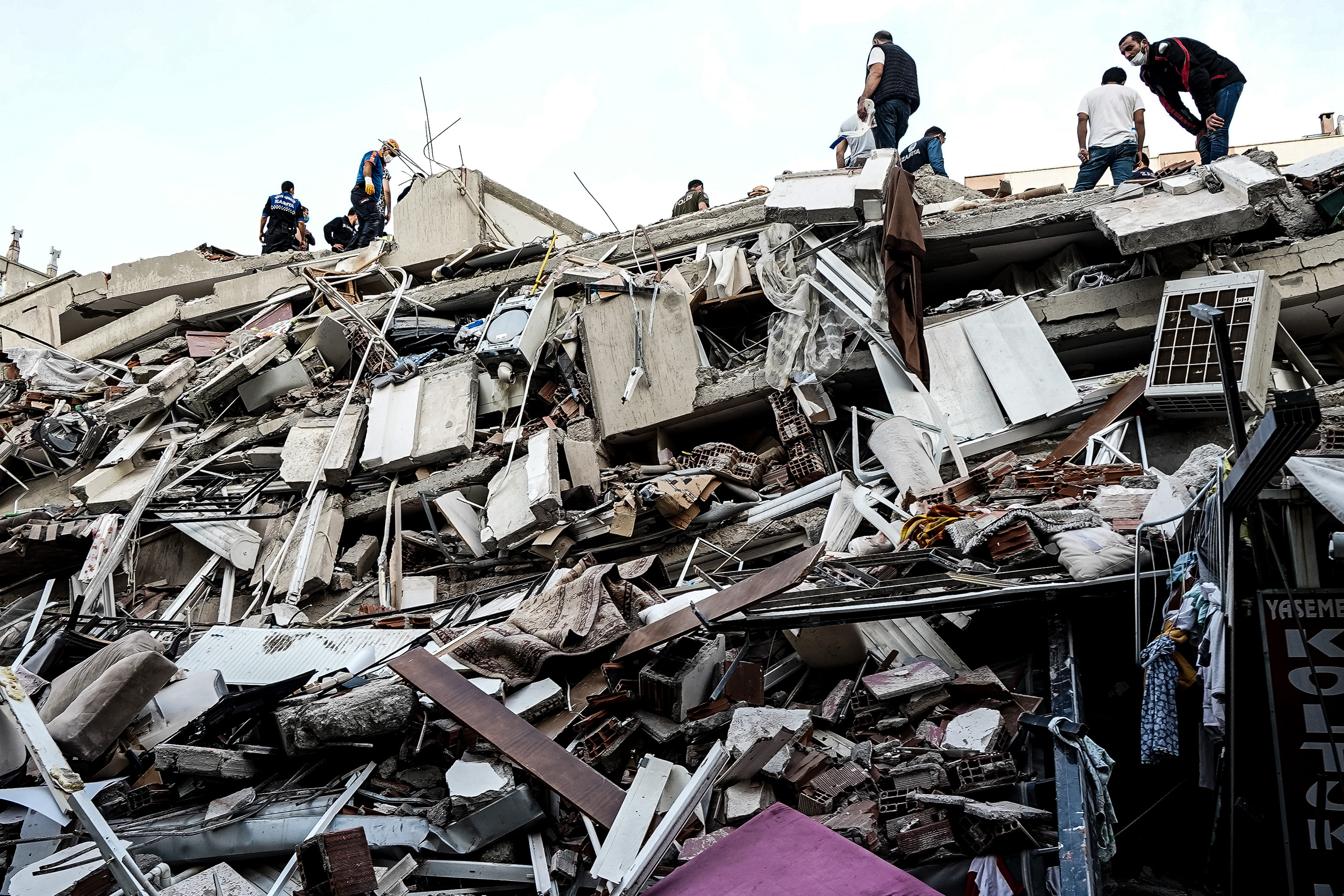 A powerful earthquake struck in the Aegean Sea earlier today (Oct. 30), causing nearly 20 buildings in Turkey’s coastal city of Izmir to collapse and killing at least 14 people, including two in Greece.

Turkey’s Disaster and Emergency Management Presidency (AFAD) reported the quake was a magnitude 6.6 while the U.S. Geological Survey (USGS) reported a magnitude of 7.0.

Dramatic footage of the moment a building collapses in #Izmir. There are reports of a minor tsunami and flooding in Seferihisar. No casualties reported yet, but the fear is there, as the mayor said around 20 buildings reportedly collapsed#quake #turkey pic.twitter.com/rhMLkvdnx9October 30, 2020

Search and rescue efforts are continuing in Izmir in the piles of rubble where buildings collapsed, according to Anadolu Agency. At least 70 people were rescued from the damaged buildings, Izmir’s Gov. Yavuz Selim Kosger said, according to The Washington Post. The earthquake triggered a small tsunami that hit Izmir’s Seferhisar district, said Haluk Ozener, director of the Istanbul-based Kandilli Observatory and Earthquake Research Institute said, according to AP News.

Aftershocks were reported in both Greece and Turkey, according to CNN.

Turkey sits upon major fault lines, making it one of the most earthquake-prone countries in the world, according to Reuters. In August of 1999, a magnitude 7.6 earthquake hit the city of Izmit, southeast of Istanbul, killing more than 17,000 people and in 2011, another quake struck Van, a city in eastern Turkey, killing over 500, according to Reuters.

In the last century, 29 other earthquakes of magnitude 6.0 or greater have struck within 155 miles (250 km) of today’s earthquake, according to the USGS.