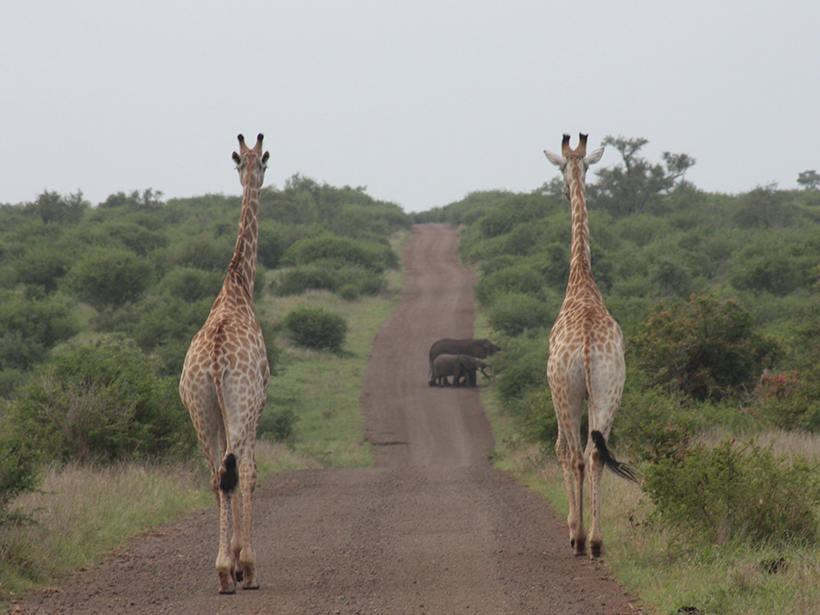 Approximately 15% of the world’s land is designated as protected areas to conserve our planet’s biodiversity. Currently, there are over 240,000 such protected areas.

“These areas are more or less the backbone of biodiversity preservation on Earth, which is important for ecosystem functioning,” said Samuel Hoffmann, a postdoctoral researcher in biogeography at the University of Bayreuth. “Biodiversity provides resources for medicine, for clean water, for climate regulation, for carbon sequestration. And so a lot of ecosystem services are built on biodiversity that we need to conserve for our own well-being.”

Though these natural reserves are protected from direct human pressures, they are not immune to the consequences of climate change. Given their central importance for preserving species and habitat niches, managers and policymakers need to know which areas would be most affected and vulnerable.

“The discussion about biodiversity loss on the global scale has stimulated the Convention on Biological Diversity, international treaties, and agreements that were ignited by the understanding that biodiversity loss takes place in areas that are quite remote, that are tropical, in countries that have a high responsibility for the maintenance of global biodiversity but have less means,” said Carl Beierkuhnlein, a professor and chair of biogeography at the University of Bayreuth.

Hoffmann is the lead author of a new study published in Diversity and Distributions that calculated the predicted climate change magnitude in all protected areas worldwide. The research also investigated how vulnerable each protected area was to climate change by incorporating its specific characteristics, such as threatened species, topography, and amount of human pressures.

“We can do studies now at a global scale that people might have thought to be totally impossible just, like, 5 years ago, because it’s huge data sets,” said Beierkuhnlein, who was senior author of the study. “And it gives us new perspectives and new views on the effects of climate change.”

The researchers used the highest-resolution global climate data available to calculate the magnitude of climate change on protected areas between now and 2070 at a scale of 1 kilometer.

“The novel thing is that we could reveal the climate anomalies for a very fine spatial resolution in the global protected areas,” Hoffmann said. “This has not been done before.”

The predictions used 10 different global climate models as well as two different emissions scenarios and accounted for 19 different variables covering the climate spectrum relevant for biodiversity, such as the averages and extremes of temperature and precipitation. Researchers applied these factors to each of the protected areas studied—137,735 in all. It took about a month to run all the calculations, Hoffmann said.

“I think it’s a really interesting look at the exposure dimension of species vulnerability to climate change, which is how much climate change a species sees,” said Lee Hannah, a senior fellow in climate change biology at Conservation International who was not involved in the study. “It’s interesting to look at exposure by itself, because it gives you some idea of where problem areas would be.”

The results revealed that protected areas in the subtropics and polar regions are climate change hot spots. Temperature change is projected to be largest in subtropical regions, while polar regions are predicted to have the greatest changes in precipitation.

“I think the subtropics finding jumped out at me as quite surprising,” Hannah said. “We’re certainly aware that high-mountain and polar regions are at risk, but the subtropics is not something that we think about every day as being a region with high exposure.”

Although managers of protected areas deal with day-to-day problems, they do not often have a big-picture perspective, said Beierkuhnlein. “Nevertheless, they need to be able, or even encouraged, to think about proactive management in advance of upcoming climate change. And this cannot be done by the local people; this has to be done at a continental or even global scale.”

The researchers also made repeated calculations to estimate the variation in predictions among the different climate projections, which both keeps scientists honest and can help with making conservation decisions, Beierkuhnlein said. “For practitioners, it’s important to consider uncertainty, because when you do a risk assessment—and when you have to make decisions and invest the money, or even risk lives of people—if you don’t act, then you need to know how sure this decision is or to which degree there is a risk.”

“We need to be expanding our conservational state, and this gives us the opportunity to plan [protected areas] for climate change. And we need to do that to make sure [protected areas are] effective in the future as well as right now.”

There is still work to be done with refining these predictions. The current study is “a pure geographical approach, not a biological approach,” Beierkuhnlein said. The next step would be “to link with information about biota, about ecosystems” using remote sensing data.

Incorporating climate change data into conservation can help with planning for new protected areas as well. In a paper published earlier this year, Hannah and his collaborators found that conserving 30% of land could help reduce extinction risk in the tropics by more than half. Before the COVID-19 pandemic hit, the Convention on Biological Diversity was scheduled to discuss whether to increase the conservation goal from the current 17% of land and sea to 30%.

“We know we haven’t done a complete job of getting protected areas in all the right places,” Hannah said. “We need to be expanding our conservational state, and this gives us the opportunity to plan them for climate change. And we need to do that to make sure they’re effective in the future as well as right now.”