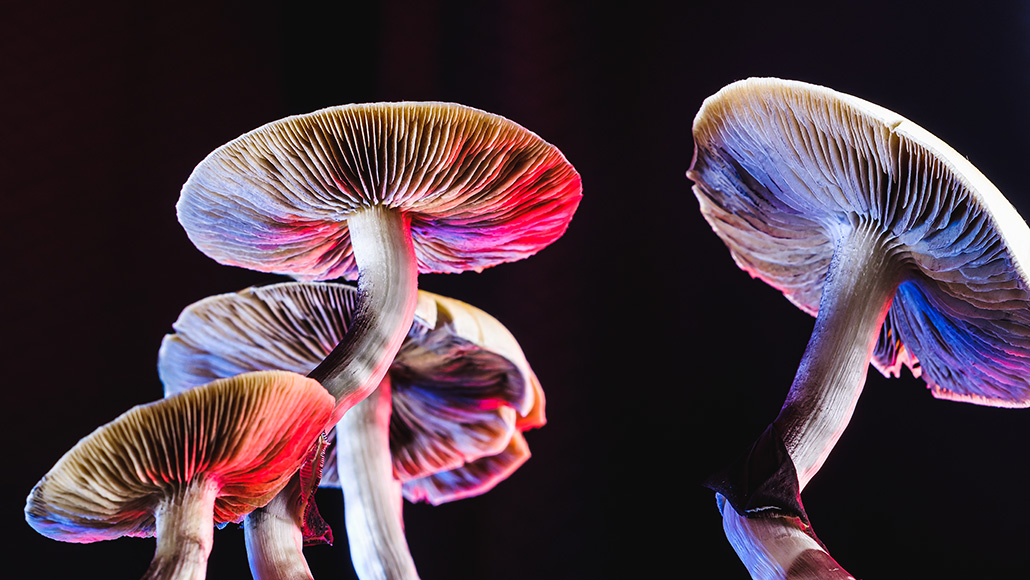 A month after receiving two doses of the psychedelic drug, 13 people had big drops in depressive symptoms, researchers report November 4 in JAMA Psychiatry.

Because the study was small and lacked participant diversity, it’s unclear whether the positive results would extend to wider populations. Still, “the current results are clear,” says Jay Olson, a psychology researcher at Harvard University who wasn’t involved in the study. “At least for some people, psilocybin can reduce depression better than several common treatment options.”

Existing antidepressant drugs don’t work well for an estimated 30 to 50 percent of the people who try them; when they do work, the effects can take weeks to kick in. Psilocybin, a compound that can profoundly alter consciousness and perceptions of reality, might be a powerful alternative, says coauthor Roland Griffiths, a neuropsychopharmacologist at Johns Hopkins School of Medicine.

In the new study, patients with moderate or severe depression received two doses of psilocybin pills spaced about a week and a half apart. Participants also received therapy and support from researchers, before, during and after taking psilocybin.

A comparison group of 11 people waited eight weeks, then also received the two doses of psilocybin and supportive therapy. This delay allowed the researchers to look for improvements in symptoms that were not related to the drug.

Clinicians used a common depression rating scale consisting of 17 items to measure participants’ symptoms. Scores can range from 0 to 52, with higher numbers indicating more severe depression. Before receiving psilocybin, participants who got the drug without delay scored an average of 22.9 points, signaling the high end of moderate depression. Four weeks after the second dose, average scores dropped to 8.5. A score of 7 or below indicates no depression. Scores among the comparison group hovered around 23 while those people waited their turn to get the drug.

Overall, 13 of 24 people — including those who got psilocybin immediately and those who got it later — met the definition of remission four weeks after their respective treatments. The drops in depression symptoms are substantial compared with those found by some analyses of standard antidepressants, Griffiths says.

As with clinical studies in general, positive effects might arise simply from participants’ expectations, not the drug itself. But such effects are unlikely to account for the magnitude of the drop observed, Olson says.

The new findings on psilocybin’s antidepressant effects fit with earlier ones: A dose of the drug eased depression and anxiety in a small group of patients with cancer, effects that lasted for years in some cases, some of the same researchers reported in January (SN: 1/28/20). Another study, published in Lancet Psychiatry in 2016, found that signs of depression dropped in 12 people three months after two doses of psilocybin and psychological support.

Overall, the approach is promising, Griffiths says, but questions remain. “We still need to collect more safety data and we need to know conditions for optimal administration,” he says.

Other questions relate to who might benefit from the drug, and who might not, and a diverse study population could help address that. In the new study, however, almost all participants were white; there was just one Asian participant and one African-American participant. “We really need to think more about who we are including in these studies,” says psychologist Monnica Williams of the University of Ottawa, who wasn’t involved in the research.

Boosting participation rates among people of color calls for additional effort, particularly in the context of ongoing racial health disparities. A history of negative health care experiences might shape a psychedelic treatment experience, which is sensitive to the setting, Williams says. “A person of color might have a lot of reasons to feel very guarded and anxious in that situation, which is going to make it harder for that approach to be effective,” she says.

Of 282 people who participated in psychedelic studies from 1993 to 2017, the vast majority — 82 percent — were white, Williams and colleagues reported in a review article published in 2018 in BMC Psychiatry. “We’re in the 21st century now,” she says. “There’s just no reason for this anymore.”