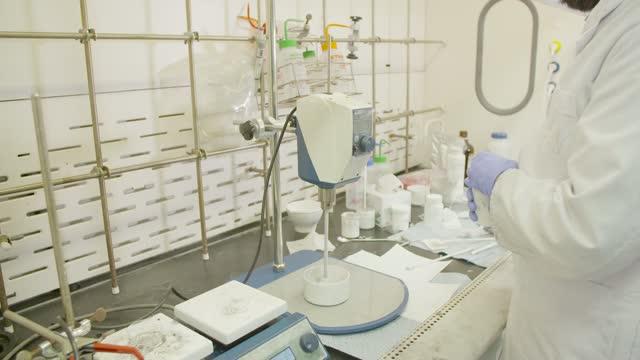 Gallium is a highly useful element that has accompanied the advancement of human civilization throughout the 20th century. Gallium is designated as a technologically critical element, as it is essential for the fabrication of semiconductors and transistors. Notably, gallium nitride and related compounds allowed for the discovery of the blue LED, which was the final key in the development of an energy-efficient and long-lasting white LED lighting system. This discovery has led to the awarding of the 2014 Nobel Prize in Physics. It is estimated that up to 98% of the demand for gallium originates from the semiconductor and electronics industry.

In addition to its use in electronics, the unique physical properties of gallium have led to its use in other areas. Gallium itself is a metal with a very low melting point and is a liquid at just above room temperature (30 °C). Also, gallium is capable of forming several eutectic systems (alloys that have a lower melting point than any of its constituents, including gallium) with a number of other metals. Both pure gallium and these gallium based liquid metal alloys have high surface tension and are considered “non-spreadable” on most surfaces. This renders them difficult to handle, shape, or process, which limits their potential for real-world application. However, a recent discovery may have unlocked the possibility for broader use of gallium in the field of functional materials.

A research team at the Center for Multidimensional Carbon Materials (CMCM) within the Institute for Basic Science (IBS) in Ulsan, South Korea and the Ulsan National Institute of Science and Technology (UNIST) has invented a new method for incorporating filler particles in liquid gallium to create functional composites of liquid metal. The incorporation of fillers transforms the material from a liquid state into either a paste- or putty-like form (with consistency and “feel” similar to the commercial product “Plasticine”) depending on the amount of added particles. In the case when graphene oxide (G-O) was used as a filler material, G-O content of 1.6~1.8% resulted in a paste-like form, while 3.6% was optimal for putty formation. A variety of new gallium composites and the mechanism of their formation is described in a recent article published in the journal Science Advances.

The mixing of particles inside the gallium based liquid metal alters the physical properties of the material, which allows for much easier handling. First author Chunhui Wang notes: “The ability for liquid gallium composites to form pastes or putties is extremely beneficial. It removes most of the issues of handling of gallium for applications. It no longer stains surfaces, it can be coated or “painted” onto almost any surface, it can be molded into a variety of shapes. This opens up a wide variety of applications for gallium not seen before.” The potential application of this discovery includes situations where soft and flexible electronics are required, such as in wearable devices and medical implants. The study even showed that the composite can be fashioned into a porous foam-like material with extreme heat resistance, with the ability to withstand a blowtorch for 1 minute without sustaining any damage.

In this study, the team was able to identify the factors that would allow the fillers to successfully mix with liquid gallium. Co-corresponding author Benjamin Cunning described the prerequisites: “Liquid gallium develops an oxide ‘skin’ when exposed to air, and this is crucial for mixing. This skin coats the filler particle and stabilizes it inside the gallium, but this skin is resilient. We learned that particles of a large enough size have to be used otherwise mixing cannot occur and a composite cannot be formed”.

The researchers used four different materials as fillers in their study: graphene oxide, silicon carbide, diamond, and graphite. Among these, two of them in particular displayed excellent properties when incorporated in liquid gallium: reduced graphene oxide (rG-O) for electromagnetic interference (EMI) shielding and diamond particles for thermal interface materials. A 13-micron thick coating of Ga/rG-O composite on a reduced graphene oxide film was able to improve the film’s shielding efficiency from 20 dB up to 75 dB, which is sufficient for both commercial (>30 dB) and military (>60 dB) applications. However, the most remarkable property of the composite was its ability to provide EMI shielding property to any everyday common material. The researchers demonstrated that a similar 20-micron thick coating of Ga/rG-O applied on a simple sheet of paper yielded a shielding efficiency of over 70 dB.

Lastly, the group has even created and tested a composite made from a mixture of gallium metal and commercial silicone putty – better known as “Silly Putty” (Crayola LLC). This last type of gallium containing composite is formed by an entirely different mechanism, which involves small droplets of gallium being dispersed throughout the Silly Putty. While it does not have the impressive EMI shielding ability of the above-mentioned Ga/rG-O (the material requires 2 mm of coating to achieve the same 70 dB shielding efficiency), it is compensated with superior mechanical properties. Since this composite uses silicone polymer rather than gallium metal as the base material, it is stretchable in addition to being malleable.

Prof. Rod Ruoff, director of CMCM who conceived of the idea of mixing such carbon fillers with liquid metals notes: “We first submitted this work in September 2019, and it has undergone a few iterations since then. We have discovered that a wide variety of particles can be incorporated into liquid gallium and have provided a fundamental understanding of how particle size plays a role in successful mixing. We found this behavior extends to gallium alloys that are liquids at temperatures below room temperature such as indium-gallium, tin-gallium, and indium-tin-gallium. The capabilities of our UNIST collaborators have demonstrated outstanding applications for these composites, and we hope our work inspires others to discover new functional fillers with exciting applications.”