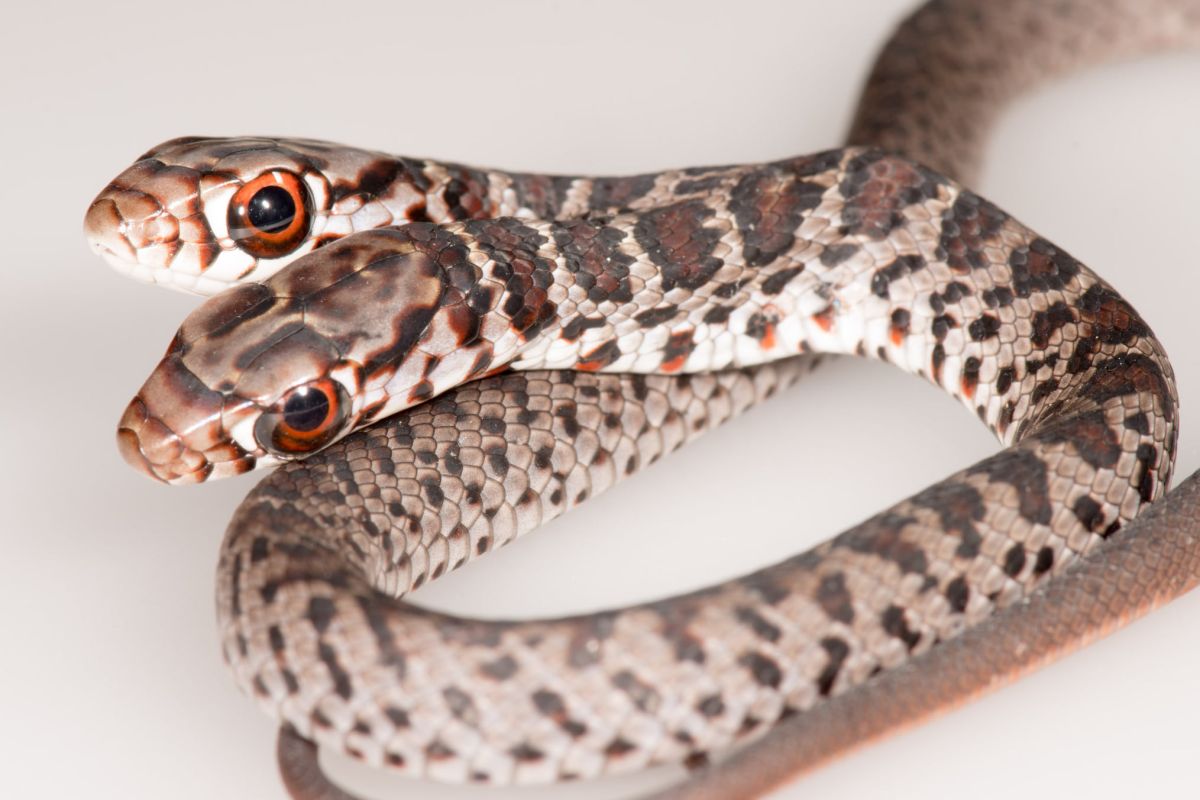 What has two brains, no legs and the best profile pic on Facebook? That would be this rare, two-headed racer snake recently discovered by a house cat in Palm Harbor, Florida.

The cat’s family was rudely introduced to the supernatural serpent about a month ago when their cat, Olive, dropped the critter on their living room floor, according to a Facebook post. The family was bewildered to see that a small, speckled snake with two heads attached to the same body, each one able to move its eyes, neck and tongue independently. The family named the snake “Dos” — Spanish for “two.”

“His biggest problem is eating,” Kay Rogers, the cat’s owner, said of the two-headed snake on Facebook. “We are trying lots of things, but he has trouble coordinating his two heads.”

This condition — known as bicephaly — is an uncommon abnormality that occurs during embryonic development, when identical twins fail to fully separate, Live Science previously reported. The condition appears in all sorts of animals, including deer and porpoises; humans seem to encounter living bicephalic snakes about once a year. In 2019, a bicephalic baby rattlesnake named “Double-Dave” turned up in New Jersey, while a two-headed viper slithered onto a family’s property in Virginia in 2018. Dos just helped 2020 meet its quota.

Bicephalic animals tend to have a rough go of it in the wild, where their competing brains make it harder to do things like catch prey or flee predators. As such, they often end up in the custody of wildlife experts. For now, Dos is being cared for by the Florida Fish and Wildlife Conservation Commission (FWC), which recently took some spiffy head shots (heads shots?) of the snake for Facebook. FWC experts identified Dos as a juvenile southern black racer (Coluber constrictor Priapus), a small, nonvenomous snake common in the southeastern United States.

Dos certainly has a better shot of survival under the care of FWC herpetologists than in the wild (for starters, no need to worry about curious cats anymore), but life will be far from easy. In nature, two heads aren’t always better than one. Just ask this worm that grew a second face on its butt.