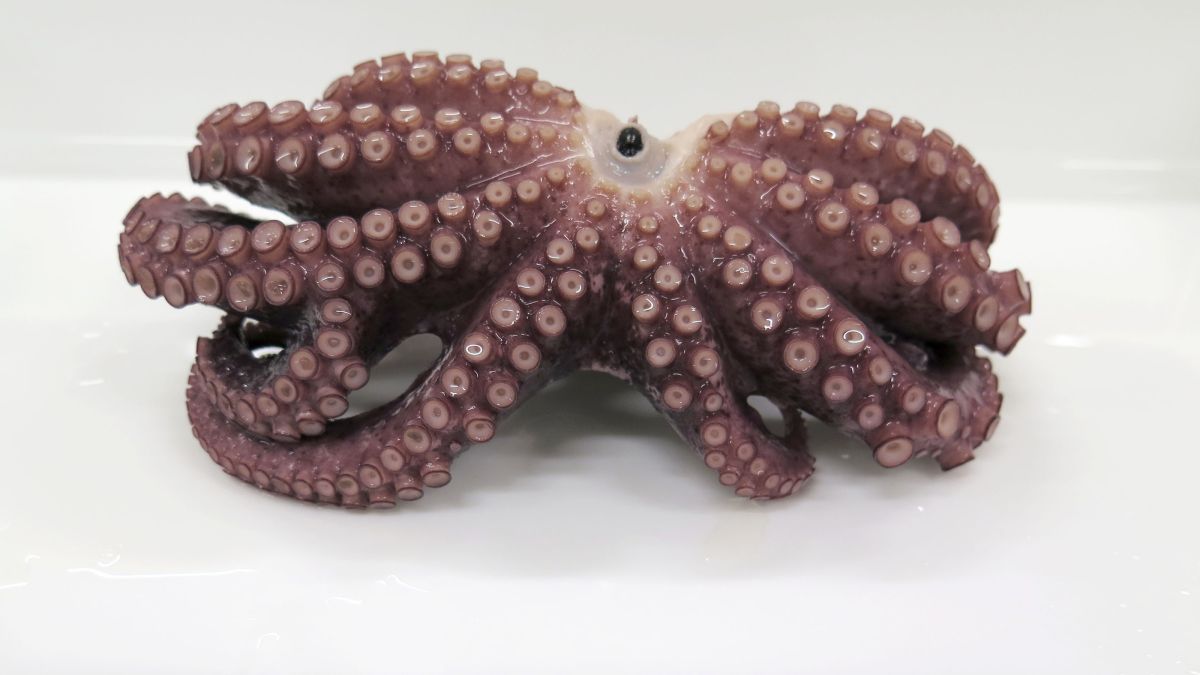 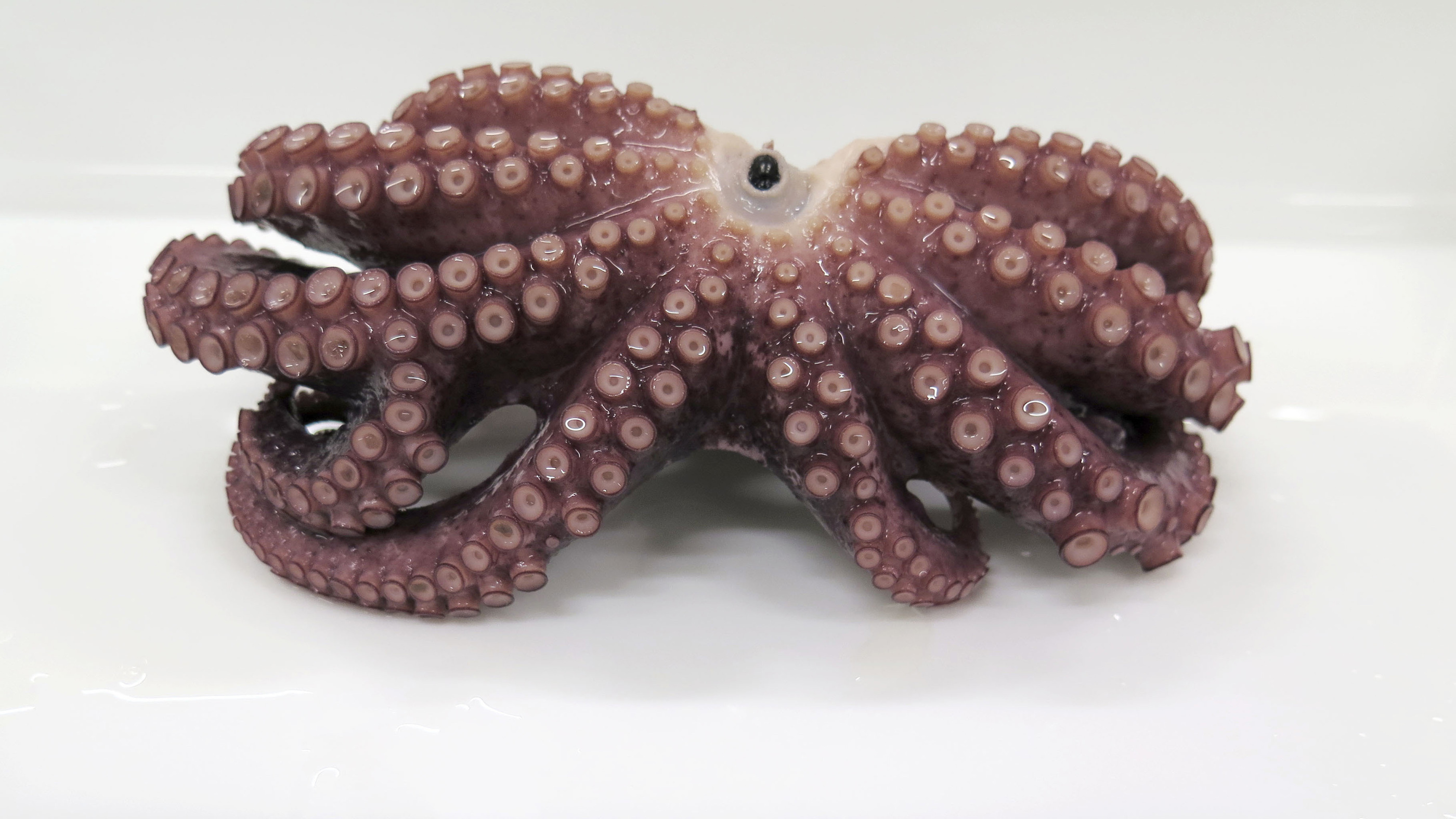 A nine-armed octopus caught off Japan’s coast nearly ended up being dinner, until the family preparing it noticed its extra limb and sent it to a museum instead, according to news sources.

While unusual, this extra appendage — which wasn’t fully formed, but a small offshoot on a regular arm — isn’t unheard of in octopuses, said Michael Vecchione, an invertebrate zoologist at the Smithsonian’s National Museum of Natural History in Washington, D.C., who was not involved with this octopus’s discovery.

Octopuses are capable of regenerating their arms, but “sometimes regeneration doesn’t work quite right,” Vecchione told Live Science. “If an arm gets damaged, it might regenerate wrong; it could wind up with extra tissue growing out, and that extra tissue could turn into an arm.”

The nine-armed oddity was caught in a trap with three other octopuses on Nov. 13 in Shizugawa Bay, in the northeastern town of Minamisanriku, Japan, according to The Mainichi, a Japanese newspaper. Kazuya Sato, 40, who cultivates wakame seaweed for a living, set the trap and brought the catch home, where his 65-year-old mother boiled them in a pot of water. She noticed the ninth arm shortly after dropping the creature in the pot.

The octopus was already dead, but its body was intact, so Sato brought it to the local Shizugawa Nature Center, where the octopus was preserved in alcohol and will soon go on display.

Shizugawa Bay is about 125 miles (200 kilometers) north of the now decommissioned Fukushima Daiichi Nuclear Power Plant, which had a nuclear meltdown following a disastrous 7.9-magnitude earthquake and tsunami in 2011. But Vecchione said it’s unlikely the octopus’ ninth arm was caused by radiation poisoning. Reports of bifurcated octopus arms have been catalogued all over the world for years, he said. For instance, a 1960 report in the journal Nature describes an octopus at the University of Miami Marine Laboratory that had “an abnormal third left arm” with two branches, according to the report’s author. A 1965 study in the journal Proceedings of the Japan Academy described numerous octopuses with more than eight arms, including one that had 90.

Having just one bifurcated arm probably doesn’t affect an octopus, because it’s small and simply dangles off the arm; it might even be functional and have the ability to move and feel, Vecchione said. “The worst case is that it’s just sort of dragging there, but it probably wouldn’t be too much of a detriment,” he said. However, octopuses with many arms might face more challenges. “That might affect their ability to hunt or swim,” he said.