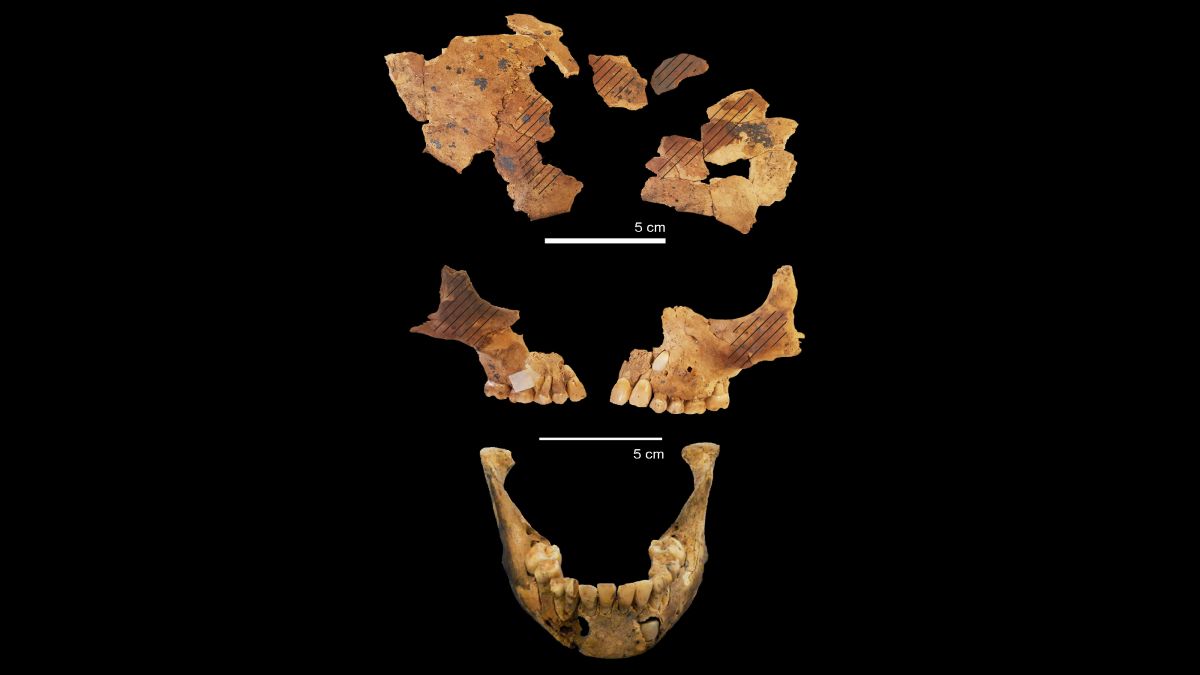 Archaeologists have discovered the rare burial of a young child who was laid to rest 8,000 years ago without arm and leg bones, a new study finds.

The child, who was no older than 8, was buried on what is now Alor Island, Indonesia. During the burial ceremony, the long bones in the child’s arms and legs were removed and disposed elsewhere, and part of the child’s face was painted with red ochre, a pigment often used in burials across the ancient world.

“Ochre pigment was applied to the cheeks and forehead and an ochre-colored cobblestone was placed under the child’s head when they were buried,” study lead researcher Sofia Samper Carro, a lecturer of archaeology at Australian National University in Canberra, said in a statement.

This isn’t the only burial from this region with missing arm and leg bones. “The lack of long bones is a practice that has been documented in several other burials from a similar time period in Java, Borneo and Flores, but this is the first time we have seen it in a child’s burial,” Samper Carro said. “We don’t know why long bone removal was practiced, but it’s likely some aspect of the belief system of the people who lived at this time.”

Archaeologists don’t know whether the child was male or female, but an analysis of their teeth and skeleton suggests the youngster likely died between the ages of 4 and 8. However, the dental analysis suggests that the child was slightly older (6 to 8 years old), while the skeleton was so small, it looked like it belonged to a 4 to 5 year old, indicating that the child’s growth may have been stunted by genetic or environmental factors.

“We want to do some further paleo-health research to find out if this smaller skeleton is related to diet or the environment or possibly to being genetically isolated on an island,” Samper Carro said, referring to the idea that some species shrink when they live on an isolated island, such as the extinct dwarf elephants that used to live in Flores.

Granted, ancient adult skulls found on Alor are also small. And if genetics don’t explain their short stature, it’s possible nutrition played some role, Samper Carro said. “These hunter-gatherers had a mainly marine diet and there is evidence to suggest protein saturation from a single food source can cause symptoms of malnourishment, which affects growth,” she said. “However, they could have been eating other terrestrial resources, such as tubers.”

Whatever the researchers learn will shed light on this region’s cultural practices during the early mid-Holocene epoch, which began at the end of the last ice age about 11,500 years ago. “Child burials are very rare, and this complete burial is the only one from this time period,” Carro said.

Child burials become more common in the archaeological record starting about 3,000 years ago, she said. “But, with nothing from the early Holocene period, we just don’t know how people of this era treated their dead children. This find will change that.”

The study was published online Oct. 28 in the journal Quaternary International.