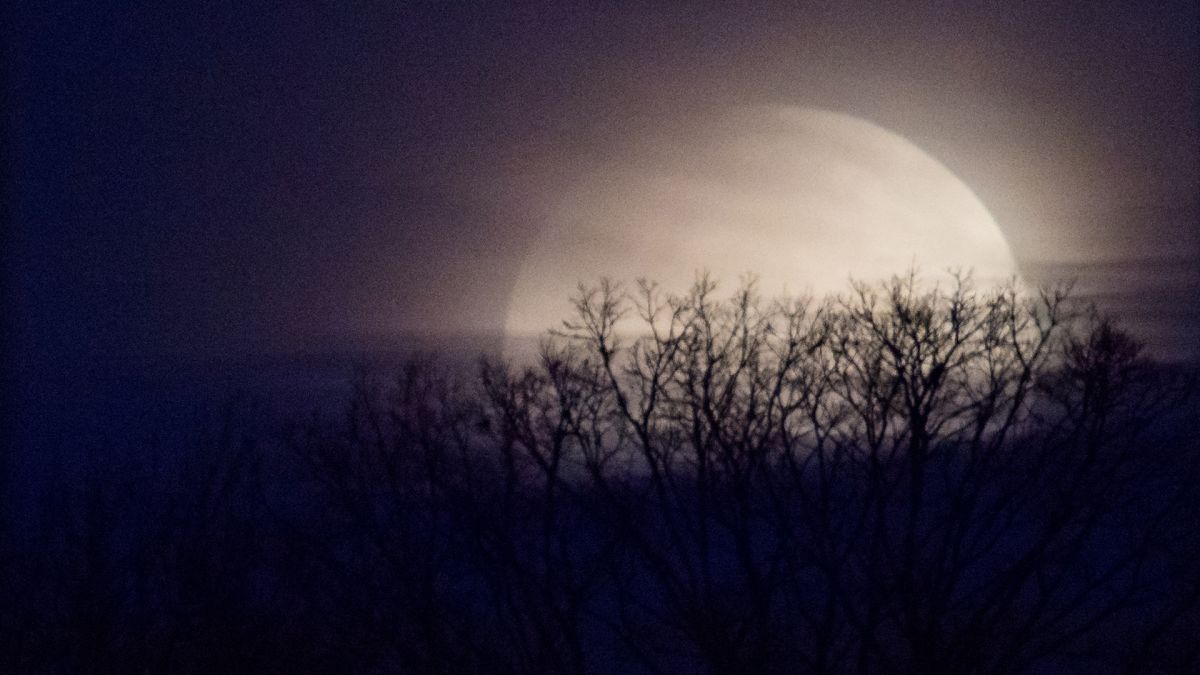 Moonrise on Halloween night will be just a little more spooktacular than usual this year. The sky will be illuminated by a full moon —  a rare Hallows’ Eve treat that happens only about once every 19 years.

Something else makes this full moon, known as a “Hunter’s Moon,” even more special: It’s the second one to occur in October. That means it’s a “Blue Moon,” and the only double-full-moon event in 2020, according to NASA.

However, as the full moon comes at a time when the moon is at its farthest from Earth, it will also be a “Micro Moon,” the opposite of a “Super Moon,” meaning it looks a little smaller than the usual full moon. And if that still isn’t enough names for you, its status as the second full moon of autumn makes it a “Beaver Moon,” according to NASA.

This will be the first time since 1944 that a Halloween full moon will be visible at night (weather permitting) in all time zones in the United States, according to the Farmer’s Almanac. The full moon phase — determined by the moon’s position in its orbit, rather than its visibility in the sky — kicks off on Oct. 31 at 10:49 a.m. E.D.T., the Almanac reports.

October began with a full moon — a “Harvest Moon” — which rose on Oct. 1. The Harvest Moon is the first full moon to follow the September equinox, and it typically falls in October once every few years, according to NASA.

A Blue Moon isn’t literally blue, despite the colorful name. In the 1940s, contributors to the astronomy magazine Sky and Telescope began applying the term “Blue Moon” to the so-called “extra” full moon in a seasonal cycle, and over time, the name stuck, Sky and Telescope reported in 2006. Like all full moons, the Blue Moon rises in the east around sunset and sets in the west around sunrise. It is highest overhead in the late night and very early morning hours, according to NASA.

The term Beaver Moon (which is also used for the November full moon, according to the Farmer’s Almanac), is a traditional name that may have been inspired by beavers’ seasonal flurry of activity as they prepare for winter. But it could also refer to the autumn practice of setting beaver traps before the winter’s deep freeze, NASA says.

On average, the moon orbits at around 239,000 miles (385,000 kilometers) from Earth. During a full Micro Moon, such as this year’s Halloween event, the moon is about 31,000 miles (50,000 km) farther from Earth than it would be during a full Super Moon during perigee — the moon’s closest point to Earth in its orbit, according to NASA.

And the moon isn’t the only cosmic superstar shining brightly right now. Skygazers this month have also been treated to exceptional views of Mars, which is currently in opposition — when Earth lies between Mars and the sun, an event that takes place about every two years. Earth and Mars are also currently closest together in their orbital paths, further enhancing Mars’s brightness in the night sky. The Red Planet has been visible all night throughout October, appearing brightest at midnight, NASA says.