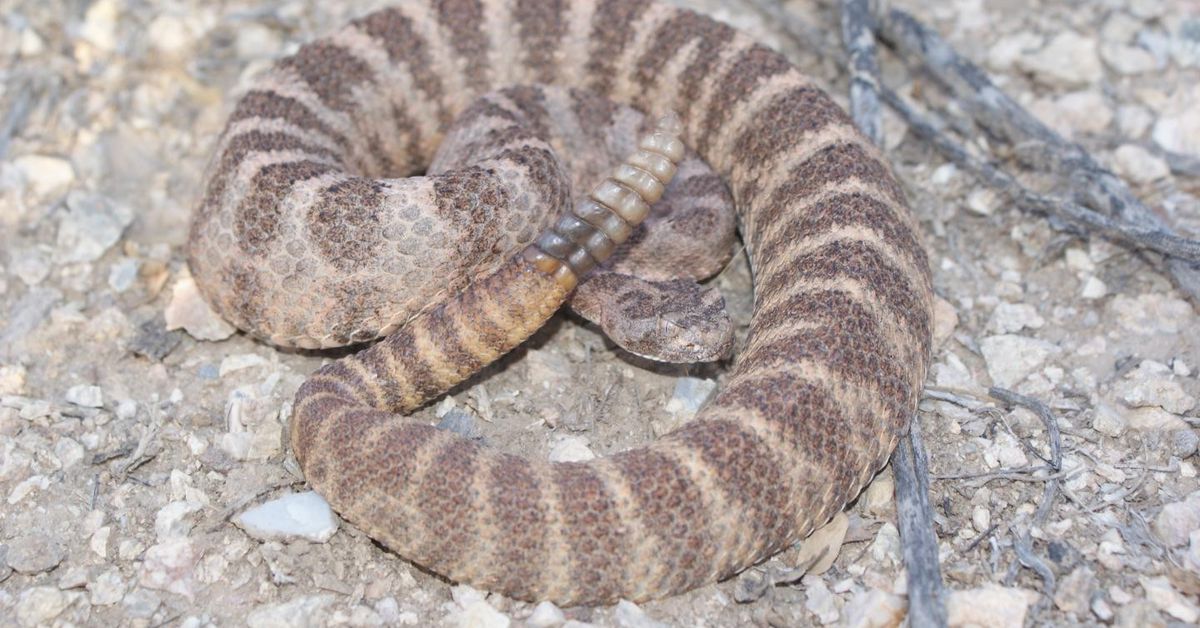 The tiger rattlesnake, which lives in Arizona and northern Mexico, produces a highly unusual venom. This venom is deadlier than that of any other rattlesnake, yet also the simplest. Just a handful of toxins make up the potent substance, which attacks the nervous system of its victims. Despite its simplicity, the toxic substance has complicated genetic underpinnings, scientists reported on January 18 in Proceedings of the National Academy of Sciences.

When the researchers sequenced the tiger rattlesnake’s genome, they found that only about half of the venom-related genes it possessed were actually being used. Understanding this could lead to a better understanding of the ultra-dangerous venom, which in turn could lead to improvements in medicines derived from snake venom, they say.

“We were interested in identifying whether that simplicity at the venom level was also reflected in the genotype,” says Mark Margres, an evolutionary biologist at the University of South Florida and coauthor of the new findings. In other words, is the genetic recipe just as simple as the ingredients needed for the final venomous product? Or, Margres says, “Did they just delete a bunch of genes from their genome and they only have seven to a dozen [venom-related] genes, or do they have many more genes, and through different molecular mechanisms are they turning those genes off?”

The key ingredients in the tiger rattlesnake’s venom are neurotoxins, which kill prey by causing blood pressure to plummet and shutting down breathing. Most rattlesnakes don’t use neurotoxins to subdue their dinner; it’s more common for them to rely on compounds called metalloproteinases.

“[They] are like meat tenderizer; they basically digest your flesh, your cells,” says Christopher Parkinson, an evolutionary biologist at Clemson University and another coauthor of the findings. In many rattlesnakes such as the western diamondback, he says, “The venom is potent, but it doesn’t have the lethality of a tiger rattlesnake’s venom.”

Fortunately, tiger rattlesnakes—so named for the banded pattern of their scales—rarely encounter and bite people. “But if they did it would be a very, very dangerous bite…due to the high levels of neurotoxin,” Parkinson says.

To better understand this intriguing venom, Parkinson, Margres, and their colleagues took a blood sample from a tiger rattlesnake and examined its genome, which is an organism’s entire set of genetic instructions. Most rattlesnakes have at least 50 genes actively involved in making venoms that can include 50 to 100 different toxins, Margres says. And in general, most venomous viper snakes have tens to hundreds of toxic proteins.

The tiger rattlesnake possessed 51 genes thought to be related to venom production. For comparison, the prairie rattlesnake has 92 and the king cobra has 232. However, many of those paltry 51 genes contained in the tiger rattlesnake’s genome seemed to be dormant. When the researchers examined the venom glands of seven tiger rattlesnakes, they found that only about half of these venom genes were transcribed into messenger RNA, a vital molecule that ferries the instructions contained in DNA to the parts of the cell that can turn them into proteins.

Finally, the researchers measured which of the genetic instructions were actually being built into proteins; they confirmed the presence of 15 toxic proteins in samples of tiger rattlesnake venom. This suggests that at least half, and possibly even more, of the tiger rattlesnake’s venom-related genes don’t actually contribute to its venom.

“The next obvious question is why is this particular gene retained in the genome even though it’s not expressed?” Margres says. “It has the ability to produce other toxins and it’s just not, so…I would argue that simple venom is effective for the tiger rattlesnake.” The snake has no need to make things more complicated, and potentially more venomous, even though it seems like it theoretically has the ability to do so.

It’s possible that the tiger rattlesnake’s ancestors once possessed more complex venoms that became streamlined over time. Alternatively, neurotoxins could once have been more common among rattlesnake species, only to be lost through evolution.

A number of medications are derived from snake venom, including drugs that treat high blood pressure and strokes. Most of these medicines are based on toxins that are detectable in venom.

“[Researchers] just look at the venom; they don’t look at the genome, and what we’re showing at the genomic level is that there are a ton more toxins that we haven’t investigated yet,” Margres says. “There is potential that some of these toxins that aren’t expressed but still retained in the genome, if we produce them, also could have beneficial biomedical effects.”