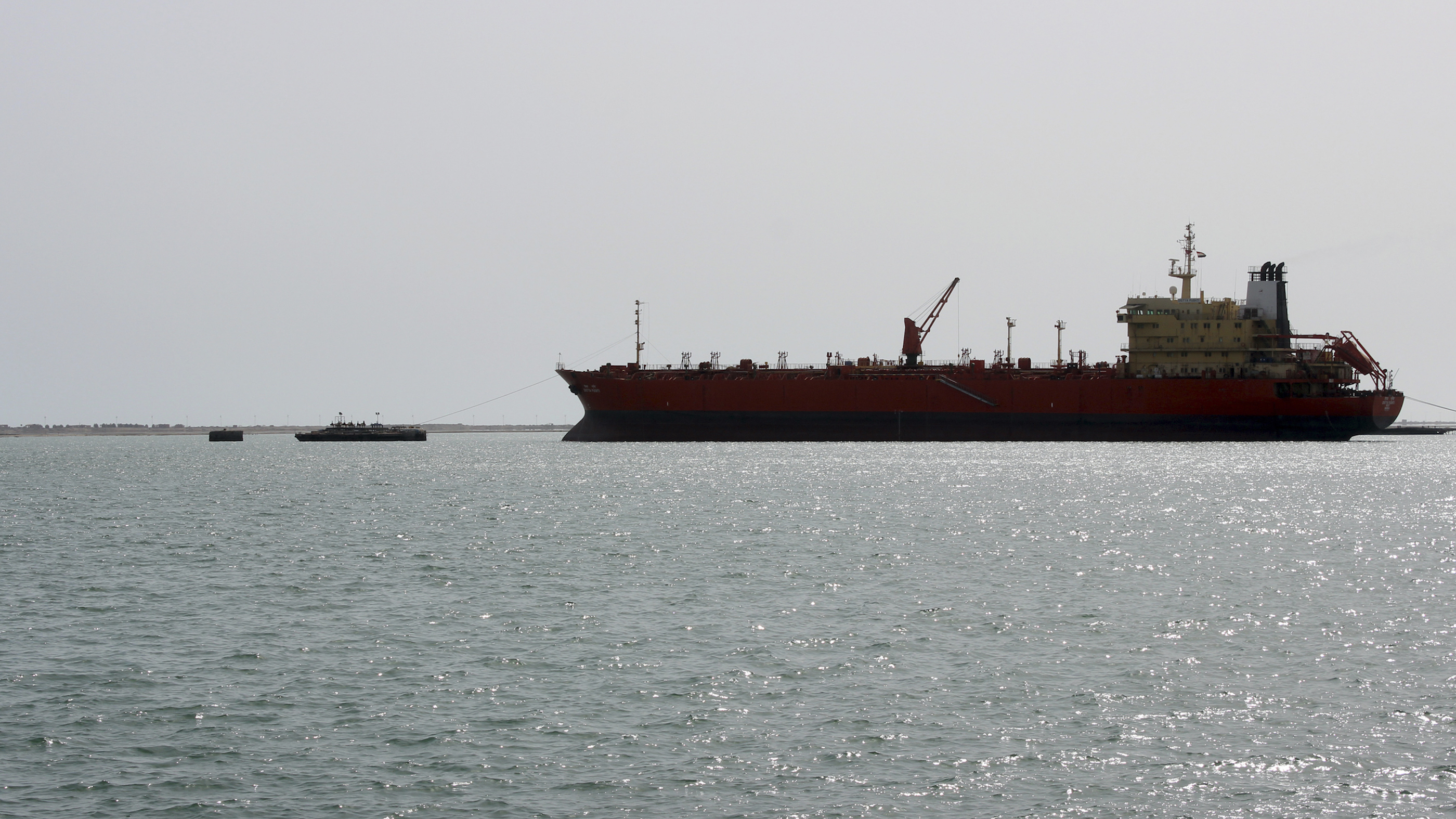 A mammoth oil tanker is decaying into the Red Sea, threatening the water supply of millions of people and the world’s most resilient coral reef.

Known as the Safer, the vessel is 1,188 feet (362 meters) long and holds 1 million barrels (42 million gallons or 159 million liters) of oil in its 34 storage tanks. A Yemeni oil company owns the ship, which requires constant upkeep under normal circumstances to stay safe. With Yemen at war since 2014, the company has failed to maintain the ship at all. The Safer lies abandoned and rusting near the port Hudaydah in Yemen, where it once served as a floating storage unit. There’s now oil seeping into the water around the vessel, risking a major leak, according to a new paper.

“The time is now to prevent a potential devastation to the region’s waters and the livelihoods and health of millions of people living in half a dozen countries along the Red Sea’s coast,” Dr. Karine Kleinhaus, a marine biologist and physician at the Stony Brook University in New York, said in a statement.

If all 34 storage tanks of the Safer ruptured, the spill would dump four times more oil into the Red Sea — a long, narrow inlet of the Indian Ocean separating the Arabian Peninsula from north Africa — than the Exxon Valdez released along the Alaskan coastline in 1989.

Djibouti, Eritrea, Israel-Palestine, Jordan, Saudi Arabia, Sudan and Yemen all border the Red Sea or one of its inlets. Each of these countries would face environmental consequences from a major spill.

The Red Sea is also home to coral reefs that are more resilient to the rising temperatures of climate change than the dying reefs elsewhere in the world. A computer model used for the new paper, published today (Dec. 15) in the journal Frontiers in Marine Science, showed the oil would disperse widely in the event of a spill. The worst-case scenario would be a winter spill, they wrote. During winter, the currents are set up to disperse oil more widely.

“If a spill from the Safer is allowed to occur, the oil would spread via ocean currents to devastate a global ocean resource, as the coral reefs of the northern Red Sea and Gulf of Aqaba [located at the northern tip of the Red Sea] are projected to be among the last reef ecosystems in the world to survive the coming decades,” Kleinhaus said.

The Houthis, a Yemeni armed group that controls territory near the vessel, said Nov. 24 they would allow the United Nations to work on the vessel, according to The New York Times. But it may be too late, the authors wrote. The tanker is actively decaying, and no one from the U.N. has reached the vessel yet.

Even if a disaster is averted here, the researchers wrote, going forward there needs to be stricter rules governing ships used in the Red Sea, where millions of barrels of oil move every day.