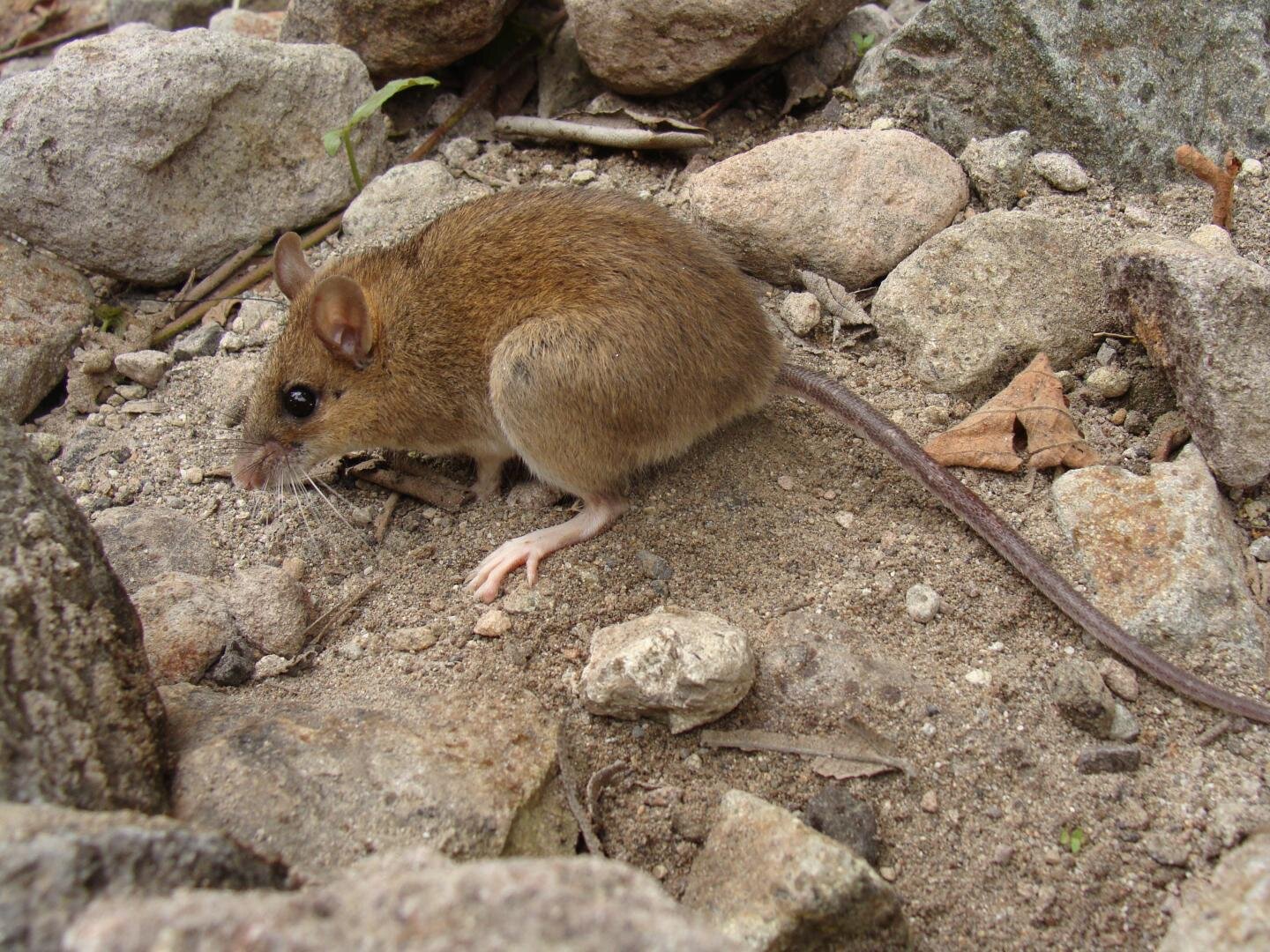 In June 1991, Mount Pinatubo, a volcanic peak on the Philippine Island of Luzon, literally blew its top. It was the second-most powerful volcanic eruption of the 20th century, ten times stronger than Mount Saint Helens, and its effects were devastating. Lava and ash spewed into the surrounding environment in the Zambales Mountains, pooling in layers up to 600 feet thick in the valleys. Following the eruption, powerful typhoons and monsoon rains triggered landslides and ash flows that continued for many months. Eight hundred people lost their lives, and the lush forests that covered the mountain prior to the eruption were destroyed or severely damaged. In recent years, scientists returned to the region to survey the surviving mammal populations, and in a new paper in the Philippine Journal of Science, the team announced the rediscovery of a species of mouse that had long been feared to be extinct.

“When Pinatubo blew up, probably the last thing on anyone’s mind was that a little species of mouse was thought to live only on that one mountain, and might well have become extinct as a result. What we’ve learned subsequently really blew us away,” says Larry Heaney, the Negaunee Curator of Mammals at Chicago’s Field Museum and one of the paper’s authors.

In early 2011 and again in 2012, twenty years after the eruption, Field Museum researcher Danilo (Danny) Balete went to Mt. Pinatubo to study its mammal fauna. Over the course of several months, Balete and his team of field assistants (including local men from the Aeta tribe) surveyed the mammals on the mountain, from the bottom to near the top where the forest had been devastated by the eruption.

“Most of our field work on Luzon and elsewhere in the Philippines has been in natural forested habitats where mammals are most common” says Eric Rickart, Curator of Vertebrates at the Natural History Museum of Utah and lead author on the paper, “but Danny couldn’t pass up an opportunity to see how mammals were faring on Mt. Pinatubo.”

There were no surveys of the mammals on Mt. Pinatubo prior to the eruption. However, specimens housed in the US National Museum of Natural History provided some records from lower elevations around the mountain. “Most of these early records were for common species of bats collected in the 1950s,” says Heaney, “but one specimen was particularly intriguing-a small rodent that became the type specimen, and only example, of a new species described in 1962 as Apomys sacobianus, the Pinatubo volcano mouse.”

Conditions on Mt. Pinatubo were very harsh, and the survey work by Balete’s team was both grueling and dangerous. Even after 20 years, evidence of the eruption was everywhere. The landscape was very unstable due to the constantly eroding ash and lahar deposits that made working in the steep terrain hazardous. It also greatly slowed the process of plant succession. Vegetation was a sparse mix of native and non-native plants, dense stands of grass (including bamboo), shrubs, low-growing vines, and few trees-all the characteristic of early stage second-growth habitat. It was a far cry from the old-growth tropical forest that covered the mountain before the eruption.

Field surveys of small non-flying mammals elsewhere on Luzon have revealed that old-growth forests contain a great variety of native species and few, if any, non-native “pest” species of rats. But in heavily disturbed second-growth habitats, particularly areas near croplands, the reverse is the case-non-native rats are most abundant, and there are only a few hardy native species. “We thought the work on Pinatubo would confirm this general pattern, so we expected to see few if any of the native species,” says Rickart.

A specific motivation for the Pinatubo survey was to discover the fate of Apomys sacobianus, the Pinatubo volcano mouse. “After the eruption of Pinatubo, we looked for this mouse on other peaks in the Zambales Mountains but failed to find it,” notes Heaney, “suggesting a very limited geographic distribution for the species. We thought the volcano might be the only place this mouse lived.” And based on expectations from islands elsewhere, at the time it seemed possible that the species might have been lost because of the eruption.

However, the survey of Pinatubo produced some very surprising results-a total of 17 species were documented, including eight bats, seven rodents (five native and two non-native species), and even two large mammals (wild pig and deer). Contrary to expectations, non-native rats were not at all common and were restricted to areas near Aeta croplands where such agricultural pests are often most abundant. Despite the fact that all areas surveyed supported sparse, scrubby second-growth vegetation rather than forest, native rodents were abundant everywhere.

Most surprising of all, the most abundant species, overwhelmingly, was the volcano mouse Apomys sacobianus. Far from being wiped out by the eruption, this species was thriving in this greatly disturbed landscape along with other native species that also have a high tolerance for disturbance. “For some time, we’ve known that many of the small mammals of the Philippines can tolerate habitat disturbance, both natural and human-caused,” Rickart says, “but most of them are geographically widespread, not locally endemic species which usually are viewed by conservation biologists as highly vulnerable.”

As Mt. Pinatubo recovers from the damage done by the eruption, the forests will return and other species of mammals will move in. “Mt. Pinatubo could be a wonderful place to establish a long-term project to monitor habitat recovery and community re-assembly following the eruption,” says Rickart, “such information would be helpful in efforts to regenerate the many areas that have been deforested by people.”

After completing the Mt. Pinatubo mammal survey, Danny Balete returned to the Field Museum where he organized specimens and data from the survey, made some early notes for an eventual publication, and then set them aside to finish later. After he suddenly died in 2017 at age 56, Rickart and Heaney say that they picked up and completed the study as a tribute to Balete, who is now recognized as one of the most important figures in Philippine biodiversity science for his extensive research contributions, mentoring of younger colleagues, and promoting enjoyment of nature throughout the Philippines.

“Knowing that a species once thought to be vulnerable, even feared to be extinct, is actually thriving is the finest tribute to Danny that we can imagine,” adds Heaney.