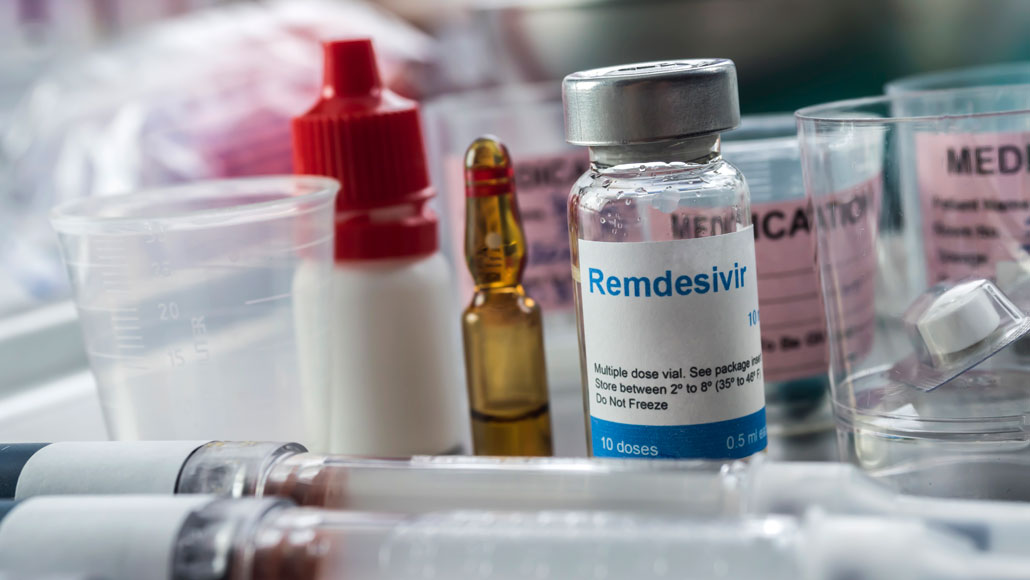 Remdesivir, an antiviral drug that was the first found to combat COVID-19, doesn’t reduce deaths from the disease, a large international study found.

The World Health Organization’s Solidarity trial, which combined data from 405 hospitals in 30 countries, randomly assigned more than 11,000 people hospitalized with COVID-19 to receive one of four drugs or standard care, which could include other drugs such as steroids. The tested drugs include remdesivir, the antimalaria drug hydroxychloroquine, an anti-HIV drug called lopinavir and interferon-beta1a. Interferon is an immune system chemical that triggers the body’s antiviral defenses.

None of the drugs showed any benefit in reducing deaths, the need for ventilation or the length of hospital stays, researchers report October 15 in a preliminary study posted at medRxiv.org. The work has not been vetted by other scientists yet, and some analyses may change during the peer-review process, experts say.

Other studies had already shown that neither lopinavir — given in combination with ritonavir, a drug that boosts lopinavir’s levels in the body — nor hydroxychloroquine were effective against the novel coronavirus (SN: 3/19/20; SN: 8/2/20). These studies, in addition to the new data, deliver a clear message that those drugs are not helpful for treating COVID-19, says David Brett-Major, a medical epidemiologist at the University of Nebraska Medical Center in Omaha.

But remdesivir has been shown to shave four days off of hospital stays in a trial conducted by the U.S. National Institute of Allergy and Infectious Diseases (SN: 4/29/20). In that study, the drug “showed a trend toward reducing deaths,” but the result wasn’t statistically meaningful. Preliminary results from small studies conducted by remdesivir’s maker, Gilead Sciences of Foster City, Calif., also suggested that drug might cut the chance of dying from the disease (SN: 7/13/20).

The drug currently has emergency authorization from the U.S. Food and Drug Administration for use in all hospitalized patients.

In the WHO study, 301 of 2,743 people hospitalized with COVID-19 taking remdesivir died, compared with 303 of 2,708 people in the group getting standard care. That result indicates that remdesivir doesn’t have a mortality benefit, says Helen Boucher, chief of infectious diseases at Tufts Medical Center in Boston.

But that doesn’t mean remdesivir isn’t helpful, she says. Shortening hospital stays is the reason remdesivir has been embraced, at least in the United States, Boucher says. The new WHO study aside, “the data we have now suggests it’s a four-day benefit, 11 days versus 15 days” with a placebo, she says. “That’s significant for people who are sick in the hospital.”

“I’m very comfortable as a physician recommending this medicine based on the data showing a shorter time to be better,” Boucher says.

Although the new WHO study found that remdesivir doesn’t reduce length of hospital stays, the trial was designed to show only whether the drugs could reduce the risk of dying. So its conclusions about whether remdesivir shortens hospital stays or cuts the risk of going on a ventilator need a closer look, Brett-Major says.

That’s also in part because the WHO study combined data from hundreds of hospitals in 30 countries. A closer analysis of data from individual study sites may show a clearer picture of how remdesivir performed in different settings. Hospitalization time and whether someone is put on a ventilator may also depend on other factors, such as how many hospital beds or ventilators are available. Remdesivir may still improve outcomes for individual patients in the right circumstances, Brett-Major says.

In the short term, the new study probably won’t change how remdesivir is used, says Joanne Turner, an immunologist and vice president for research at the Texas Biomedical Research Institute in San Antonio. But as more studies are done, “we’ll get clarity on when it should be used,” she says.

Many hospitalized patients, for example, are suffering more from overexuberant immune systems trying to fight off the virus. By that time, it may be too late for a drug that prevents viral replication like remdesivir to make a difference. In the WHO study, “if the drug did stop viral replication [for patients], it clearly wasn’t changing outcomes for them,” Turner says. “This will make doctors think about whether this drug is really useful in very sick people.”

But giving remdesivir to sick people earlier might help, experts say. Boucher and colleagues are part of a study testing the drug in people who are newly diagnosed with COVID-19 to see if can prevent hospitalization and severe disease.