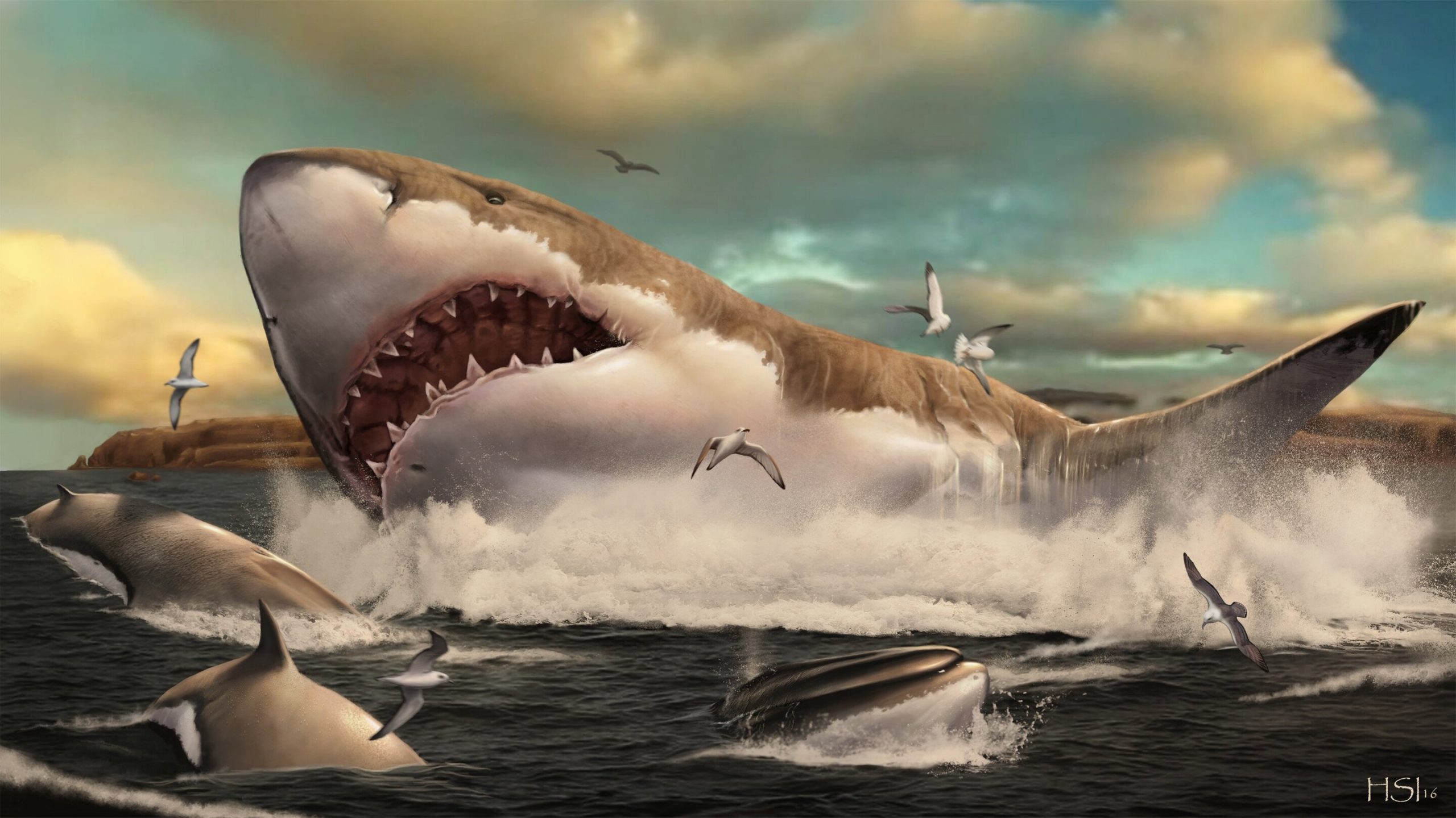 A pioneering study by University of Bristol researchers finds that the evolution of teeth in the giant prehistoric shark Megalodon and its relatives was a by-product of becoming huge, rather than an adaptation to new feeding habits.

The iconic extinct Megalodon was the largest shark to ever roam the seas. Its name translates to ‘big tooth’, making reference to its massive teeth, which represent the most abundant fossil remains of the species. They are broad and triangular, nothing like the curved, blade-like teeth of the closest relatives of Megalodon.

The differences in tooth shape seen in this group of giant sharks has been traditionally thought to reflect a shift in diet. While the oldest relatives probably used their teeth to pierce small and fast-moving prey like fish, Megalodon most likely used them to bite off big chunks of meat from marine mammals or dismember such prey with powerful lateral head shakes.

In the new study published today in the journal Scientific Reports, scientists used computational tools to understand how the dentitions of these megatooth sharks functioned during feeding.

“This method, called Finite Element Analysis, has been previously used to understand how resistant different biological structures are under specific forces.

“We expected to find that Megalodon teeth could resist forces better than those of its older and smaller relatives. Surprisingly, when we removed tooth size from the simulations, we recovered the opposite pattern: Megalodon teeth are relatively weaker than the most gracile teeth of other megatooth sharks.”

Dr. Humberto Ferrón, postdoctoral researcher and co-author of the study, said: “Our results might seem to be at odds with traditional functional interpretations of the dentitions of these group of giant sharks. We think that other biological processes might be responsible for the evolutionary change in their dentitions.

“For example, modifications in tooth shape that occurred from the older, smaller species to that of the more recent, larger forms like Megalodon are very similar to those observed along the growth of Megalodon.

“That is, juvenile Megalodon individuals have teeth that resemble those of older megatooth sharks. Thus, instead of feeding specialization, we think that the acquisition of its gigantic body size was responsible for the evolution of the peculiar teeth of Megalodon.”