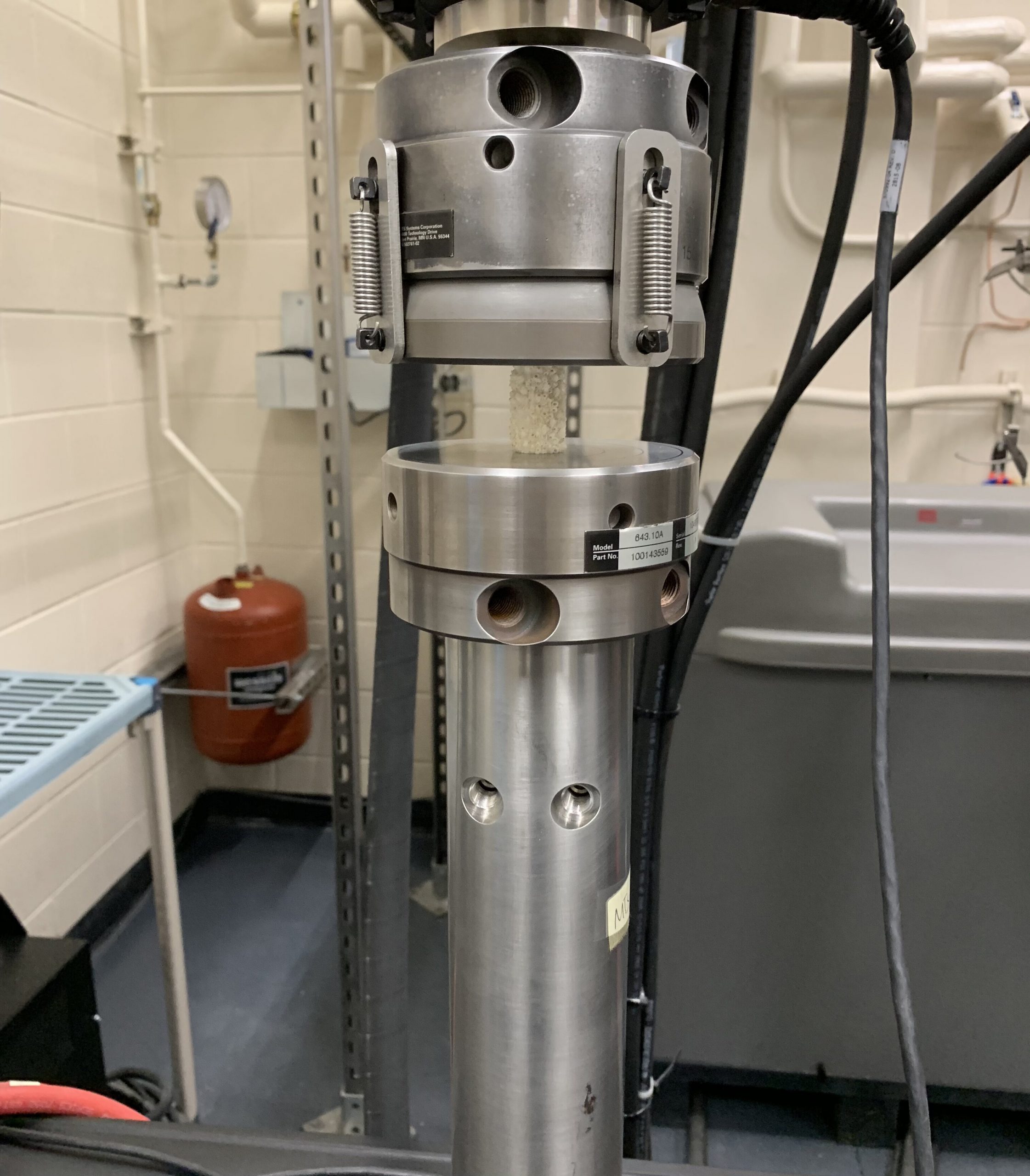 Florida’s threatened coral reefs have a more than $4 billion annual economic impact on the state’s economy, and University of Central Florida researchers are zeroing in on one factor that could be limiting their survival—coral skeleton strength.

In a new study published in the journal Coral Reefs, UCF engineering researchers tested how well staghorn coral skeletons withstand the forces of nature and humans, such as impacts from hurricanes and divers.

The researchers subjected coral skeletons to higher stresses than those caused by ocean waves, says Mahmoud Omer, a doctoral student in UCF’s Department of Mechanical and Aerospace Engineering and study co-author. “Under normal wave and tide regimes, a staghorn coral’s skeleton will resist the physical forces exerted by the ocean waves. However, anthropogenic stressors such as harmful sunscreen ingredients, elevated ocean temperature, pollution and ocean acidification will weaken the coral skeleton and reduce its longevity.”

Florida’s coral reefs generate billions of dollars in local income, provide more than 70,000 jobs, protect the state’s shorelines from storms and hurricanes, and support a diverse ecosystem of marine organisms, according to the U.S. National Oceanic and Atmospheric Administration.

The study uncovered a unique safety feature of the staghorn coral skeleton: Its porous design keeps the coral from being instantly crushed by an impact.

When the UCF engineers subjected skeleton samples to increasing stress, pores relieved the applied load and temporarily stalled further cracking and structural failure. The pores would “pop-in” and absorb some of the applied mechanical energy, thus preventing catastrophic failure. Although this ability has been shown in other coral species, this is the first time it’s been demonstrated in staghorn coral.

“For the first time, we used the tools of mechanical engineering to closely examine the skeletons of a critically endangered coral raised in a coral nursery,” says John Fauth, an associate professor in UCF’s Department of Biology. “We now know more about the structure and mechanical performance of the staghorn coral skeleton than any other coral in the world. We can apply this knowledge to understand why staghorn coral restoration may work in some areas, but where their skeletons may fail due to human and environmental challenges in others.”

The results provide baseline values that can be used to judge if nursery-reared staghorn coral have skeletons strong enough for the wild and to match them to areas with environmental conditions that best fit their skeleton strength.

Staghorn coral gets its name from the antler-like shape of its branches, which create an intricate underwater habitat for fish and reef organisms. It primarily is found in shallow waters around the Florida Keys, Puerto Rico, the U.S. Virgin Islands, and other Caribbean islands but has declined by more than 97 percent since the 1980s.

Understanding coral skeleton structures also could inform development of skeletal structure replacements for humans, says Nina Orlovskaya, an associate professor in UCF’s Department of Mechanical and Aerospace Engineering. “Our findings are of high importance for development of novel and superior biostructures, which can be used as bone graft substitutes,” Orlovskaya says. “Coral skeleton structures could be either chemically converted or 3-D printed into bio-compatible calcium phosphate ceramics that one day might be directly used to regenerate bones in humans.”

Fluidic behavior analysis revealed that vortices formed around the coral colony helped it to capture food and transport respiratory gases and wastes.

The coral skeletons studied were from Nova Southeastern University’s coral nursery, about one mile off the coast of Ft. Lauderdale, near Broward County, Florida. The corals were deceased and were from colonies that failed or were knocked loose during a storm.

The cement for coral reefs