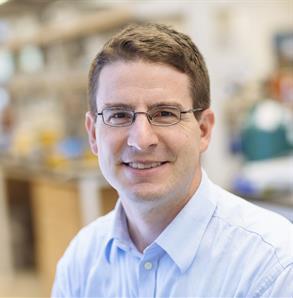 Commercially sold water filters do a good job of making sure any lead from residential water pipes does not make its way into water used for drinking or cooking.

Filters do not do a good job, however, of letting the user know how much lead was captured.

Until now, when a researcher, public works department or an individual wanted to know how much lead was in tap water, there wasn’t a great way to find out. Usually, a scientist would look at a one-liter sample taken from a faucet.

Researchers in the McKelvey School of Engineering at Washington University in St. Louis have devised a new method that allows them to extract the lead from these “point-of-use” filters, providing a clearer picture of what’s coming out of the faucet.

And they can do it in less than an hour.

Their research was published this past summer in the journal Environmental Science: Water Research & Technology.

The problem with just collecting a one-liter sample is that “We don’t know how long it was in contact with that lead pipe or if it just flowed through quickly. Everyone’s water use patterns are different,” said Daniel Giammar, the Walter E. Browne Professor of Environmental Engineering in the Department of Energy, Environmental & Chemical Engineering.

“Collecting a single liter is not a good way of assessing how much lead a resident would be exposed to if not using a filter,” he said. “To do that, you’d need to see all that the person was drinking or using for cooking.”

A better method would be to collect the lead from a filter that had been in use long enough to provide an accurate picture of household water use. Most of the commercial filters for sale at any major retail store will last for about 100 gallons — 40 times the amount of the typical water sample.

The idea to use filters in this way isn’t new, but it hasn’t been done very efficiently, precisely because the filters do such a good job at holding onto the lead.

Giammar said he had probably heard about this method previously, but a light went off after a conversation about indoor air quality. He had been talking to a professor at another institution who was monitoring indoor air quality using a box that sucked in air, collecting contaminants in a tube. The user can then remove the collection tube and send it to a lab to be analyzed.

“I said, ‘Let’s do what you’re doing with air,'” pull water through a filter, collect contaminants and then analyze them. “Then we realized, they already make and sell these filters.”

Point-of-use filters are typically made of a block of activated carbon that appears solid, almost like a lump of coal. The water filters through tiny pores in the carbon; the carbon binds to the lead, trapping it before the water flows out of the faucet.

“If you want to take the lead out of the water, you need something that is really good at strongly holding on to it,” which carbon is, Giammar said.

“So we had to hit it with something even stronger to pull that lead off.”

Working with senior Elizabeth Johnson, graduate student Weiyi Pan tried different methods, but ultimately discovered that slowly passing an acidic solution through the filter would liberate 100% of the lead.

The entire process took about two liters of acid and about a half hour.

In the near future, Giammar sees the filters being put to use for research, as opposed to being put in the trash.

“The customer has a filter because they want to remove lead from the water. The water utility or researcher wants to know how much lead is in the home’s water over some average period of time,” Giammar said. Even if the customer doesn’t care, they’ve got this piece of data that usually they’d just throw away.

“We’d rather them send it to their utility service, or to us, and we can use it to get information.”