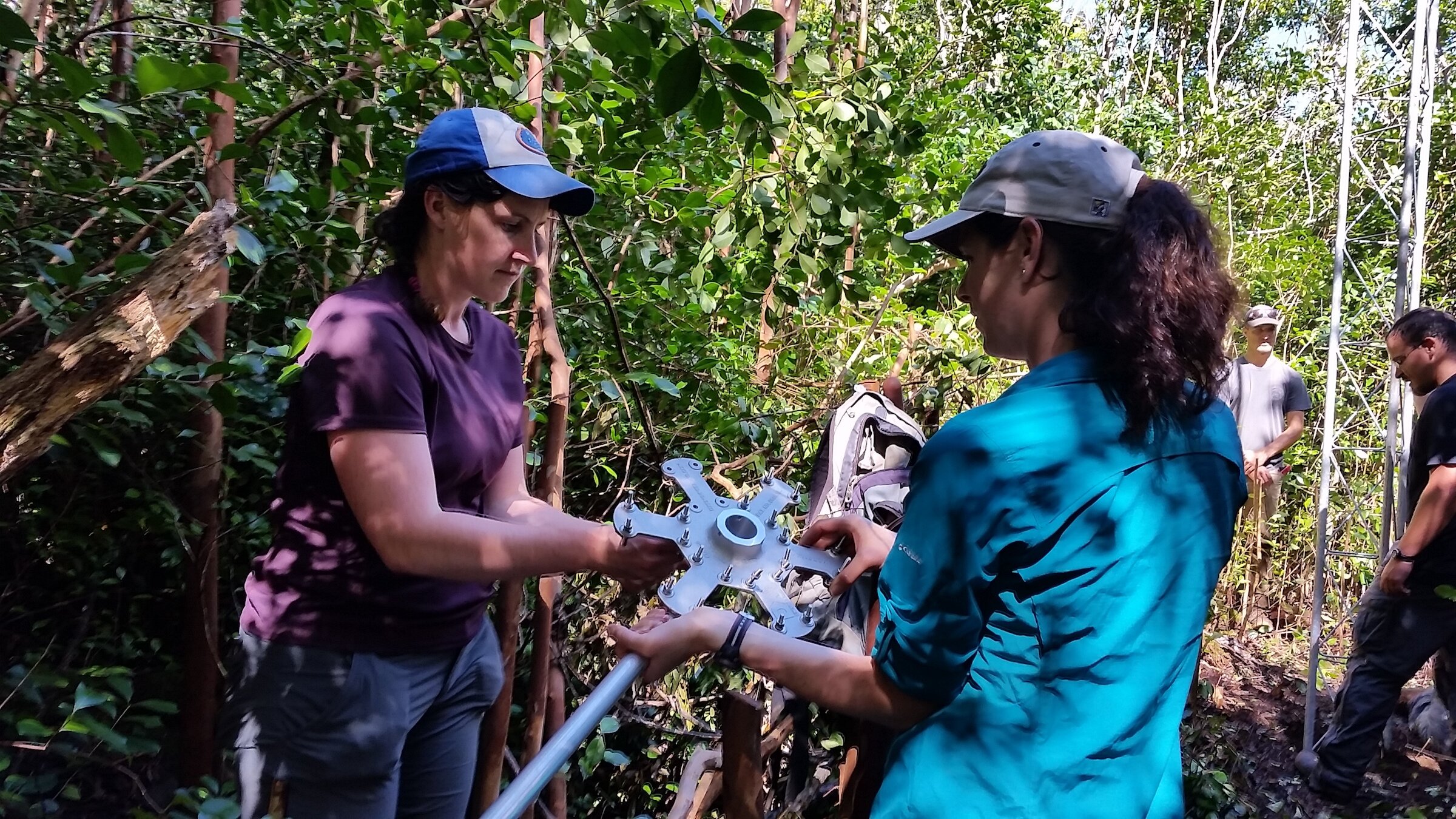 University of Wyoming researchers headed a study that shows nonnative birds in Oahu, Hawaii, have taken over the role of seed dispersal networks on the island, with most of the seeds coming from nonnative plants.

Tarwater was the anchor author of a paper, titled “Ecological Correlates of Species’ Roles in Highly Invaded Seed Dispersal Networks,” which was published Jan. 11 in the Proceedings of the National Academy of Sciences (PNAS).

Jeferson Vizentin-Bugoni, a postdoctoral researcher at UW and the U.S. Army Research Laboratory at the time of the research, is the paper’s lead author. He performed most analyses and conceptualized and outlined the first version of the manuscript.

Becky Wilcox, of Napa, Calif., a recent UW Ph.D. graduate and now a postdoctoral researcher, and Sam Case, of Eden Prairie, Minn., a UW Ph.D. student in the Program in Ecology as well as in zoology and physiology, worked with Tarwater. The two aided in field data collection, processing all of the footage from the game cameras, and assisted in writing the paper. Patrick Kelley, a UW assistant research scientist in zoology and physiology, and in the Honors College, helped with developing project ideas, data processing and management, and writing the paper.

Other researchers who contributed to the paper are from the University of Hawaii, University of Illinois, Northern Arizona University and the U.S. Army Corps of Engineers in Champaign, Ill.

“This is one of the first studies showing that nonnative species can take over the most important roles in seed dispersal networks. This means that Oahu’s ecosystems have been so affected by species extinctions and invasions that most of the seeds dispersed on the island belong to nonnative plants, and most of them are dispersed by nonnative birds,” Vizentin-Bugoni says. “This forms what has been called ‘ecological meltdown,’ which is a process occurring when nonnative mutualistic partners benefit each other and put the system into a vortex of continuous modification.”

Seed dispersal by animals and birds is one of the most crucial ecosystem functions. It is linked to plant population dynamics, community structure, biodiversity maintenance and regeneration of degraded ecosystems, according to the paper.

Before Hawaii became the extinction and species invasion capital of the world, its ecological communities were much more diverse. Experts estimate that, in the last 700 years, 77 species and subspecies of birds in the Hawaiian Archipelago have gone extinct, accounting for 15 percent of bird extinctions worldwide.

“The Hawaiian Islands have experienced major changes in flora and fauna and, while the structure of seed dispersal networks before human arrival to the islands is unknown, we know from some of our previous work, recently published in Functional Ecology, that the traits of historic seed dispersers differ from the traits of introduced ones,” Case says. “For instance, some of the extinct dispersers were larger and could likely consume a greater range in seed sizes compared to the current assemblage of seed dispersers.”

Because of the large number of invasive plants and the absence of large dispersers, the invasive dispersers are incompletely filling the role of extinct native dispersers, and many native plants are not being dispersed, Tarwater says. On the island of Oahu, 11.1 percent of bird species and 46.4 percent of plant species in the networks are native to the island. Ninety-three percent of all seed dispersal events are between introduced species, and no native species interact with each other, the paper says.

“Nonnative birds are a ‘double-edged sword’ for the ecosystem because, while they are the only dispersers of native plants at the present, most of the seeds dispersed on Oahu belong to nonnative plants,” Vizentin-Bugoni says. “Many native plant species have large seeds resulting from coevolution with large birds. Such birds are now extinct, and the seeds cannot be swallowed and, thus, be dispersed by the small-billed passerines now common on Oahu.”

Researchers compiled a dataset of 3,438 fecal samples from 24 bird species, and gathered 4,897 days of camera trappings on 58 fruiting species of plants. It was determined that 18 bird species were recorded dispersing plant species.

In contrast to predictions, the traits that influence the role of species in these novel networks are similar to those in native-dominated communities, Tarwater says.

Tarwater adds that the roles of different species in Oahu’s seed dispersal networks can be predicted by the species’ ecological traits. For example, the research group found that bird species that consume a greater amount of fruit in their diets are more likely to disperse seeds from a greater number of plant species. Likewise, the team found that plants that fruit for extended periods of time have smaller seeds and have fruits rich in lipids, will get dispersed more frequently.

“Land managers can use these ecological traits to identify species that can be removed or added to a system to improve seed dispersal,” Tarwater explains. “For example, removal of highly important nonnative plants or the addition of native plants with traits that increase their probability of dispersal, could aid in restoration efforts.”

Kelley and Tarwater obtained funding for the project. The research was funded by a U.S. Department of Defense award, UW, University of Hawaii, University of New Hampshire and Northern Arizona University.

“This upcoming year, we will be experimentally removing one nonnative plant species that is incredibly important for network structure and examining how the seed dispersal network changes in response,” Tarwater says. “The results of this experiment can inform land managers as to whether removal of a highly invasive plant will improve seed dispersal for the remaining native plants, or whether it does not.”