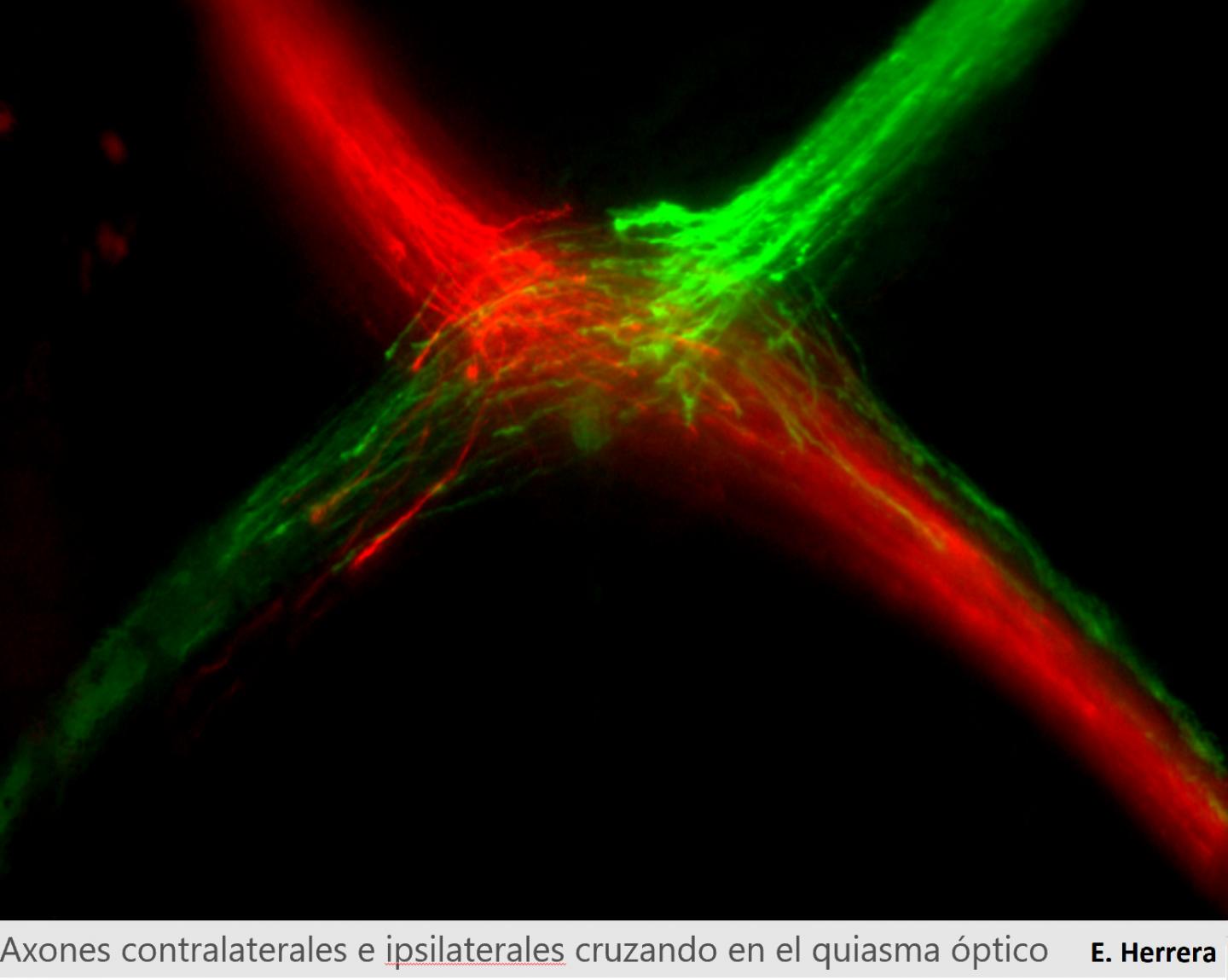 A group of researchers from the Institute of Neurosciences UMH-CSIC, in Alicante, led by Dr. Eloísa Herrera, has discovered a genetic program essential for the formation of bilateral circuits, such as the one that makes possible 3D vision or the one enabling motor coordination. The finding, carried out in mice, is published today in Science Advances.

This new study not only clarifies how images are transmitted from the retina to the brain in order to see in 3D, but also helps us to understand how laterality is established in other neuronal circuits, such as the one that allows us to coordinate movements at both sides of the body, Dr. Herrera explains.

The work also reveals the important role of a protein known as Zic2 in the regulation of a signaling pathway called Wnt, which is fundamental for the correct development of the embryo and is highly conserved among species, from fruit flies to humans, including mice, in which this study has been carried out.

This pathway is usually altered in pathological scenarios such as spina bifida or other disorders associated with incomplete closure of the neural tube as well as in several types of cancer. The new details described in this work about the regulation of this pathway through Zic2 will help to understand the origin of this type of pathologies to try to prevent their appearance.

The ability to perceive the 3D world and respond appropriately to external stimuli largely depends on a type of neural circuits known as bilateral that communicate the two brain hemispheres and are essential for many of the tasks we perform daily.

These bilateral circuits require both the crossing of one part of the nerve fibers to the contralateral brain hemisphere from which they originate and the permanence of the other half in its originating hemisphere. “The genetic program we have identified ensures that part of the neurons located in the retina carry visual information to the opposite brain hemisphere, and the action of a protein called Zic2 turns off this program in another group of retinal neurons so that the visual signal also reaches the same hemisphere,” explains Eloísa Herrera.

“This finding has allowed us to identify the contralateral program and observe that it shares common elements with a well-known signaling pathway, called Wnt, which is also involved in many other processes of the embryonic development,” highlights Eloísa Herrera, who directs the group of “Development and assembly of bilateral circuits in the nervous system” at the Institute of Neurosciences UMH-CSIC in Alicante.

This discovery has been made in the visual pathway of mice, which is similar to the visual pathway of other mammals, including our species. Each of the two optical nerves that connect the retinas to the brain is formed by a multitude of nerve fibers. The two optic nerves converge in an X-shaped structure, called the optic chiasm, located at the base of the brain. Here takes place the crossing of information between both cerebral hemispheres that makes possible the vision in 3D.

“Each eye sends visual information to both sides of the brain because about half of the axons of the neurons located in the retina cross the mid-brain line to connect with the opposite hemisphere, while the other half avoids this crossing to project into the brain hemisphere on the same side from which they came. This anatomical organization allows the brain to fuse the slightly different images it receives from each eye to create the sensation of three-dimensionality,” explains Dr. Herrera.

It is precisely at the optic chiasm where Zic2 acts as a switch to turn off the genetic program that allows the axons to pass to the other brain hemisphere. This “switch on the pathway” is crucial for the brain to create a three-dimensional image from two flat images coming from the retina.