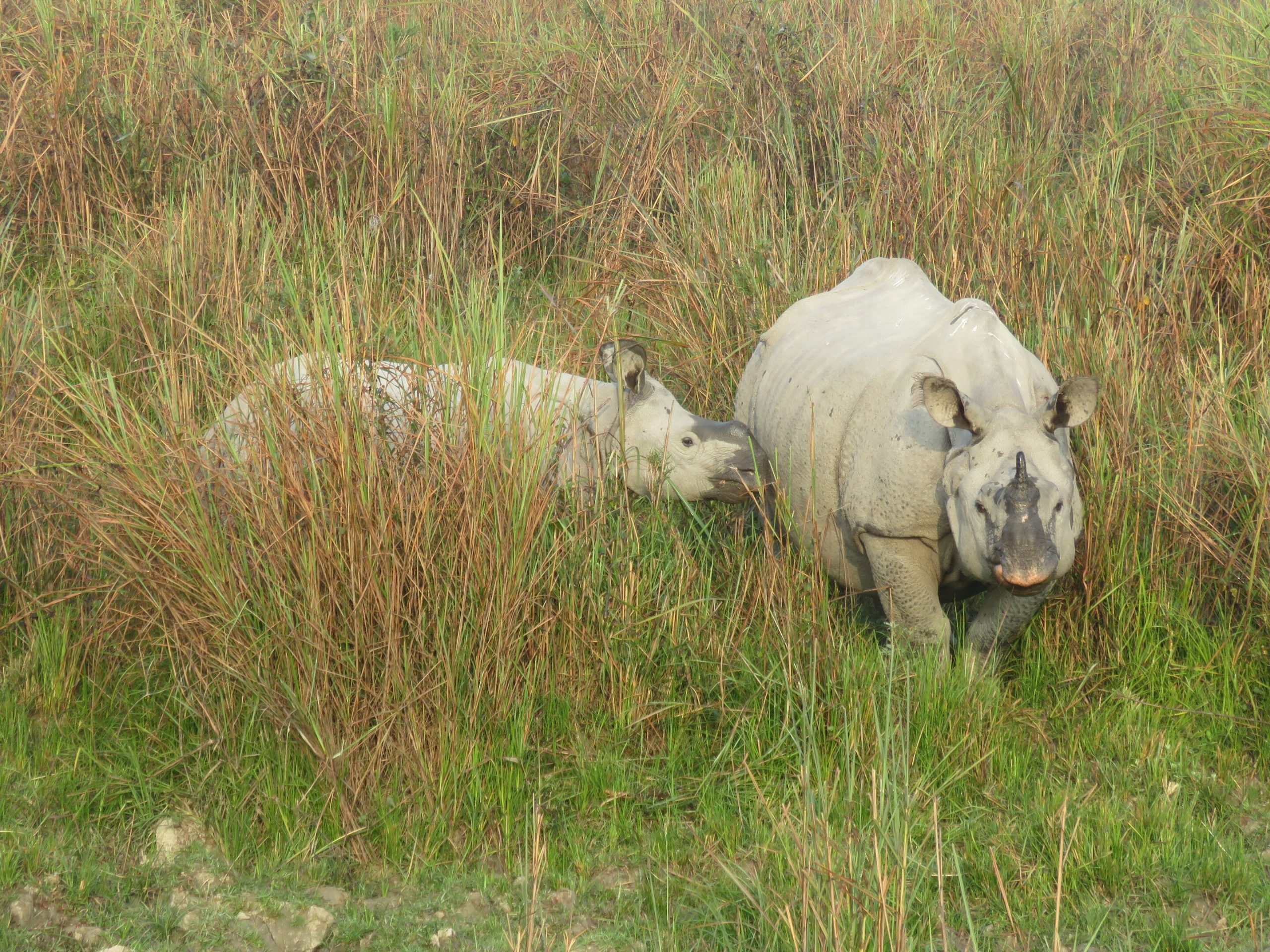 Researchers at the Wildlife Institute of India (WII), have, for the first time, used unique DNA markers to provide forensic evidence for alleged poaching cases involving the Indian rhino.

The project is part of the Rhino DNA Indexing System (RhODIS- India) conservation program. This database has been created to build a DNA catalogue of the existing Indian greater one-horned rhinoceros, Rhinoceros unicornis, to tackle rhino poaching and assist conservation efforts for this vulnerable species.

Inspired by a similar program in South Africa, Ph.D. student and senior research fellow Tista Ghosh, along with Dr. Samrat Mondol (WII) and Amit Sharma (WWF India), collected dung from 749 rhinoceros to gather vital genetic information. By analysing dung for traces of population specific genetic signals, a genetic baseline was created for rhinoceros across India and 406 unique individuals were identified.

Microsatellite markers are present in nuclear DNA, similar to a fingerprint, where each individual has its own unique genetic signature. The use of 14 markers helps to identify individuals from dung data based on unique individual rhino’s signature.

By comparing seized rhino horn samples to these specific genetic signals, the researchers could trace the rhino back to its breeding population, thus identifying trade routes and pinpointing poaching hotspots, which are notoriously difficult for traditional law enforcement to track.

“Having an allele frequency map aids in pinpointing the location of the orphan seized rhino sample to its breeding population based on genetic signatures”, commented Tista Ghosh.

The forensics team at WII were also able to match a suspected poached carcass from a protected area to a seized horn found elsewhere along the trade route in India. Occasionally, they had as little to work with as blood-stained soil, pebbles or a bullet to perform DNA profiling.

These results display the powerful abilities which this microsatellite panel has for tackling wildlife crime and providing valuable insights to the forest department. Furthermore, individual DNA matching assists in court prosecutions by providing concrete scientific evidence regarding the poaching of wild rhino, native to India.

On the significance of this method, Tista said: “Many times the seized rhino body parts are found after a long time of poaching incidences as a result of which it becomes difficult to pinpoint the location of the crime. Thus, it is important to locate such networks and have law enforcement resulting in breaking the chain of trading.”

India’s current population of greater one-horned rhinoceros’ is relatively small, at approximately 3,500 rhino individuals. Using statistical probabilities, the team calculated that 14 microsatellite markers were sufficient to be able to do individual matching across the whole range of the population.

In addition, the researchers are keen to collaborate with Nepal field teams to extend this work to the second strong hold of greater one-horned rhinoceros.

However, in the field of wildlife forensics, there are severe limitations due to the poor quality of samples, and circumstances when data could not be generated using microsatellite only. In those scenarios Tista said, of these exciting developments, “We are planning to do a mitochondrial DNA screening to look for park/state specific genetic markers and combine that data with our existing database to avoid such situations.”

Further the RhODIS-India marker panel is still in the process of developing an ‘allelic ladder’ (reference point) for comparisons with other laboratories. When this becomes available, this will foster greater collaboration between the global wildlife forensics community. In order to increase the size of the database, plans are already in place to carry out wider sampling across the Indian rhino’s range.

Tista Ghosh’s talk will be available on-demand from the 14th—18th of December 2020 at the Festival of Ecology. The selection procedure of a 14-microsatellite panel and its application in curbing rhino poaching in India is currently under review in a peer reviewed scientific journal. This online conference will bring together 1,400 ecologists from than 50 countries to discuss the most recent breakthroughs in ecology.