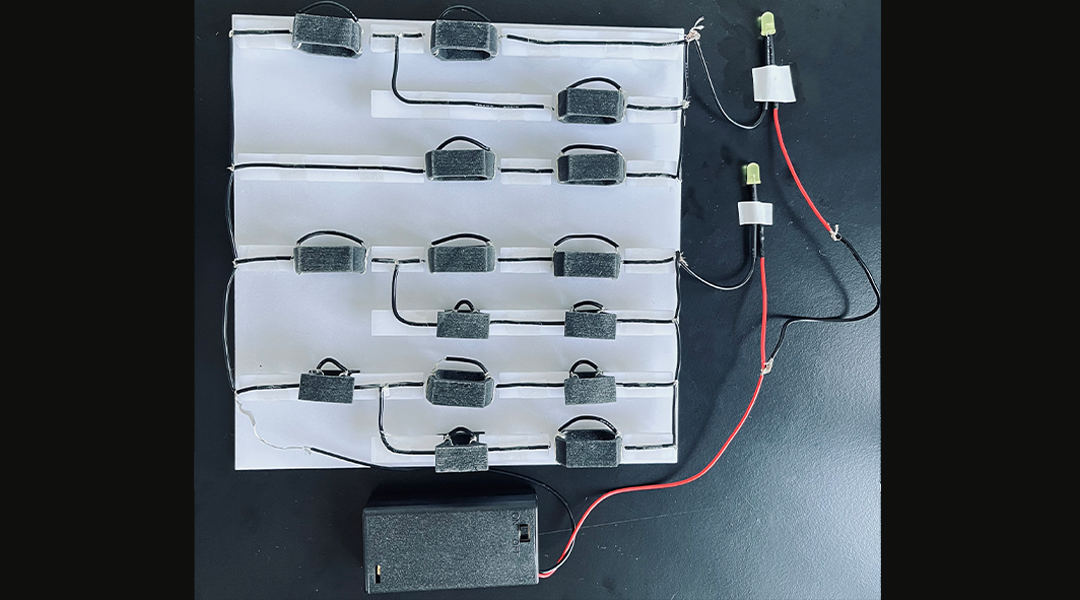 Putting a modern spin on old tech, scientists create a mechanical computer from metamaterials for situations where electronic computers break down.

The concept of a mechanical computer is not something one comes across often anymore. These were early prototypes that performed calculations using levers, links, and gears rather than electronic components.

But researchers from Shantou University in China are helping to put a modern spin on these devices, making them viable in situations where conventional electronic computers break down.

“Many advanced electronic instruments have made the exploration of space and other planets possible. However, electronic computers don’t last long in certain extreme environments, such as under high-energy electromagnetic waves and charged particles found in space, on planets as intense as Venus, or even radioactive locations on Earth,” explained Nan Yang, professor at Shantou University and lead author of a recent article published in Advanced Intelligent Systems. “For such missions, it’s necessary to go back to a technology that is commonly thought to be out of date.”

Rather than necessarily going back to older models, Yang and fellow collaborators turned to mechanical metamaterials for their designs. These are materials which contain tiny artificial structures and geometrical arrangements — often inspired by nature — on their surfaces that endow the bulk material with unusual physical and mechanical properties.

“Electronic computers dominate our lives, but these systems tend to fail under high temperature or radiation exposure,” said Yianling Tian, an associate professor at Warwick University School of Engineering, who was not involved in the current study. “Therefore, mechanical computation may provide another way for information processing in these types of situations. It is an immature technology now, but worth exploring.”

How metamaterials can mimic conventional circuits

The challenge in designing mechanical computers from metamaterials is that they require complex architectures and computing rules to function, both of which have not yet been well developed for this type of application. The scientists therefore set out to create a general method that would allow them to produce mechanical metamaterials that could be integrated in a manner similar to a conventional circuit network.

The team used computer-aided design and 3D printing to prepare a polymer-based metamaterial for this purpose. “We designed and printed 2D systems in which the computer’s bits and information processes are enabled by forces and mechanical deformations,” said Yang. “Standard logic gates, addition, and multiplication are all straightforward.”

These deformations refer to a combination of soft convex and concave modules built into rigid frames with conductive materials. Instead of an electrical input, these soft matter-based computations rely on structural deformations of their data units, which can be equated to bits representing either a “1” or “0” depending on their stress states.

In general, a means of reading these bit states and connecting them to basic computational rules is essential for getting mechanical computers to function properly. However, past and current mechanical computers all have various limitations, such as being too complex to be practical or incomplete functions. This is where Yang’s approach differs.

“The soft modules [of our computer] make or break electrical connections with adjacent frames due to the presence or absence of compressive forces, operating as open and closed switches,” explained Yang. “Connections and disconnections between these modules and frames can be demonstrated with conductive materials and LEDs. The proposed mechanism is simple, versatile, and reusable, allowing soft mechanical metamaterial units to carry out complex computations.”

“An applied force of only 0.8 Newtons, which is the downward force of a medium-sized apple, is sufficient for achieving such mechanical computations,” said Yang.

The team was able to demonstrate logic gates in their computer, which perform functions fundamental to digital circuits.

“In our mechanical computer, a system of two convex modules arranged in parallel outputs a ‘1’ upon pressing only one of the modules, and a ‘0’ otherwise — this constitutes an OR gate. If only one of several conditions is satisfied, an event will occur; this is called the ‘OR’ logic,” said Yang. “Half adder, full adder, multi-bit addition, and multiplication functions are all possible by appropriate inputs into judiciously designed modules.”

“The proposed setup is intuitive and straightforward, as it is inspired by electronic circuit with very clear input/output logics,” added Tian. “Most functions that the electronic computers can achieve based on the mechanical units’ arrangement can be carried out, such as basic logic gates, addition, subtraction, and multiplication. However, the current system doesn’t have a memory mechanism, and cannot perform sequential logic, which needs improving.”

Yang says these computational systems could eventually be integrated into different sensors, actuators, robots, and decision-making systems. Though a challenge is that miniaturization while maintaining processing speeds is still a significant hurdle compared to conventional computers.

“We haven’t yet demonstrated the high miniaturization of digital microprocessors, but we look forward to investigating such directions,” said Yang. “Currently, the mechanical computation systems cannot replace conventional computers unless the problems of size, processing speed, and memory are solved. That is the challenge!”