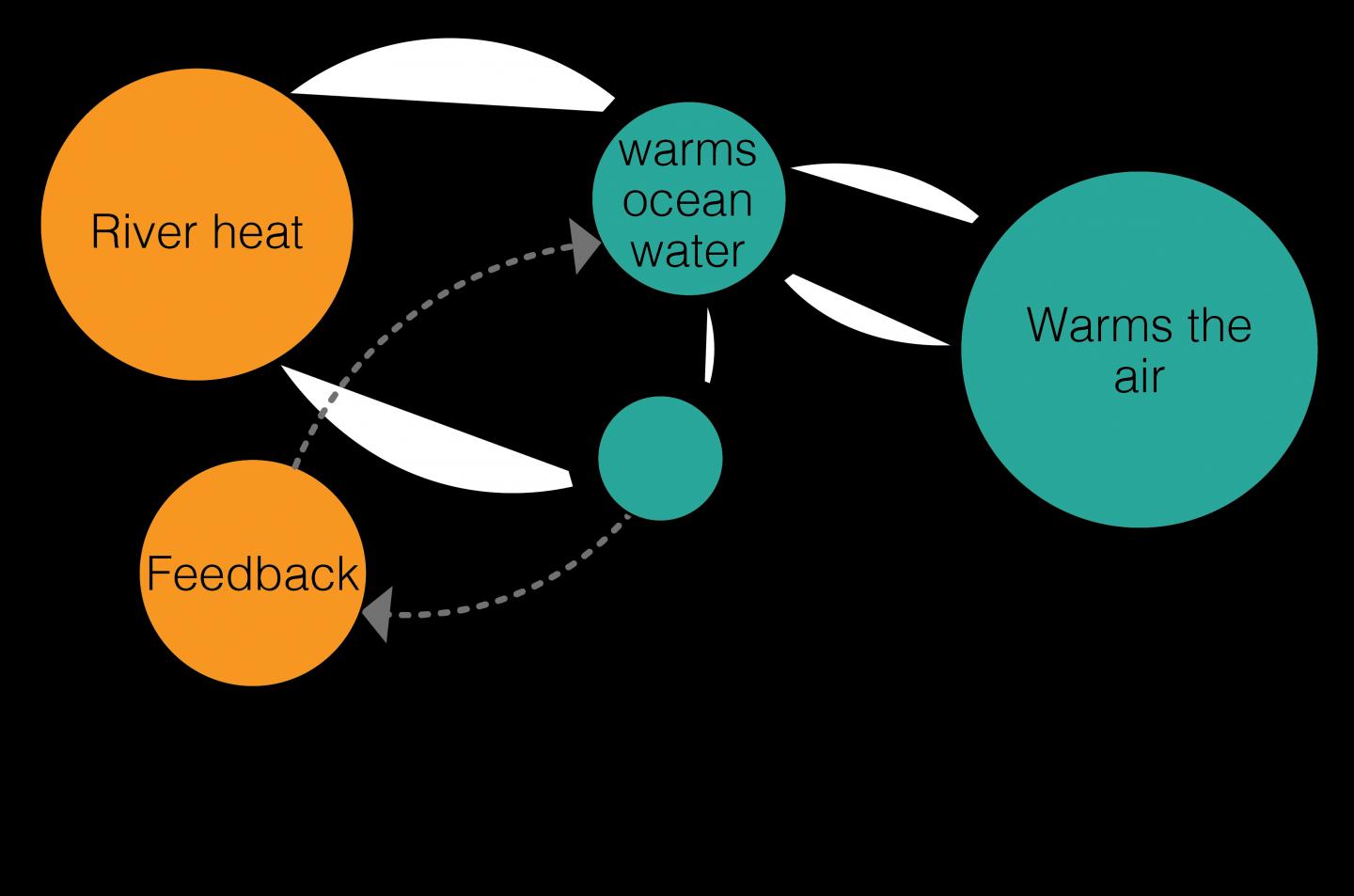 A new study shows that increased heat from Arctic rivers is melting sea ice in the Arctic Ocean and warming the atmosphere.

The study published this week in Science Advances was led by the Japan Agency for Marine-Earth Science and Technology, with contributing authors in the United States, United Arab Emirates, Finland and Canada.

According to the research, major Arctic rivers contribute significantly more heat to the Arctic Ocean than they did in 1980. River heat is responsible for up to 10% of the total sea ice loss that occurred from 1980 to 2015 over the shelf region of the Arctic Ocean. That melt is equivalent to about 120,000 square miles of 1-meter thick ice.

“If Alaska were covered by 1-meter thick ice, 20% of Alaska would be gone,” explained Igor Polyakov, co-author and oceanographer at the University of Alaska Fairbanks’ International Arctic Research Center and Finnish Meteorological Institute.

Rivers have the greatest impact during spring breakup. The warming water dumps into the ice-covered Arctic Ocean and spreads below the ice, decaying it. Once the sea ice melts, the warm water begins heating the atmosphere.

The research found that much more river heat energy enters the atmosphere than melts ice or heats the ocean. Since air is mobile, this means river heat can affect areas of the Arctic far from river deltas.

The impacts were most pronounced in the Siberian Arctic, where several large rivers flow onto the relatively shallow shelf region extending nearly 1,000 miles offshore. Canada’s Mackenzie River is the only river large enough to contribute substantially to sea ice melt near Alaska, but the state’s smaller rivers are also a source of heat.

Polyakov expects that rising global air temperatures will continue to warm Arctic rivers in the future. As rivers heat up, more heat will flow into the Arctic Ocean, melting more sea ice and accelerating Arctic warming.

Rivers are just one of many heat sources now warming the Arctic Ocean. The entire Arctic system is in an extremely anomalous state as global air temperatures rise and warm Atlantic and Pacific water enters the region, decaying sea ice even in the middle of winter. All these components work together, causing positive feedback loops that speed up warming in the Arctic.

“It’s very alarming because all these changes are accelerating,” said Polyakov. “The rapid changes are just incredible in the last decade or so.”