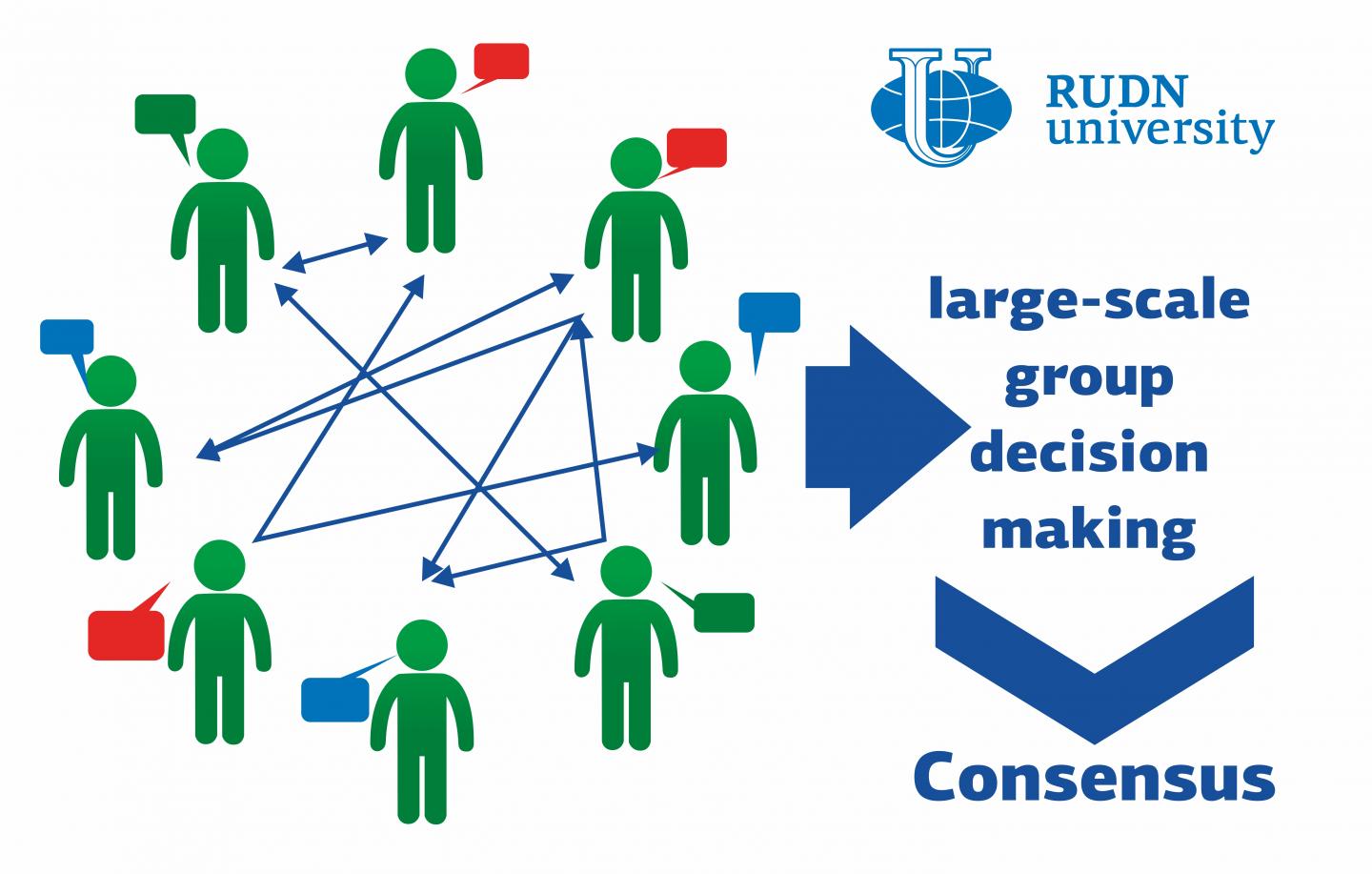 A research team from RUDN University developed an algorithm to help large groups of people make optimal decisions in a short time. They confirmed the efficiency of their model using the example of the market at which the outbreak of COVID-19 began. The model helped the administration and sellers agree on closing the market and reach a consensus about the sums of compensations in just three steps. An article about the algorithm was published in the Information Sciences journal.

Decision theory is a field of mathematics that studies the patterns of decision making and strategy selection. In the terms of mathematics, decision making is an optimization task with multiple criteria. Expert opinions, judgments, and possible risks are considered variables, and the relations between participants and the search for an optimal solution are expressed as mathematical operations. LSGDM is a model in decision theory that describes decision making situations with over 20 expert-level participants. Their opinions are affected by personal relations: for example, friends support each other’s views. This increases the level of uncertainty because convincing the participants and reaching a consensus becomes more difficult. A research team of mathematicians from RUDN University suggested a method to eliminate this uncertainty.

“Thanks to today’s technological developments, more and more people start to participate in decision-making processes. That is why LSGDM has become a burning issue for researchers. In LSGDM, participants represent different areas of interest, and therefore it takes longer for them to reach a consensus. The process requires a moderator capable of convincing all parties to adjust their opinions,” said Prof. Enrique Herrera-Viedma, research team’s leader in RUDN University.

The solution suggested by his team of mathematicians is based on the so-called robust optimization technique. It is applied to optimization tasks that are sensitive to changes in the initial data (in this case, in the personal relations between the participants). The mathematicians suggested a new way of categorizing experts into clusters based on relationship strength and the level of trust between them. The algorithm consisted of several steps. First, the experts were clusterized; then, the team identified a cluster with the opinion that differed the most from the collective judgment; and after that, such opinion was corrected. The iterations were repeated until all participants agreed on one solution. The methods of opinion correction were irrelevant from the mathematical point of view. The only factor that mattered was the unit negotiation cost: the amount of resources (time, money, etc.) that had to be spent to reach the desired result.

The research team applied the model to a real-life example. After the outbreak of COVID-19, a seafood market in Wuhan had to be closed down. The administration was looking for an optimal solution: it had to compensate the losses of the sellers while staying within the market’s budget. The mathematicians chose 20 sellers that requested different sums of compensation for closing their stalls: from 200 to 900 yuans. The participants were divided into four clusters based on such factors as similar opinions, the proximity of stalls to each other, and so on. The algorithm suggested by the team let the sellers and the administrators reach a consensus in just three steps. The final sum of compensation was 880 yuans, and the negotiation cost for the market administration turned out to be the lowest compared to other existing models.