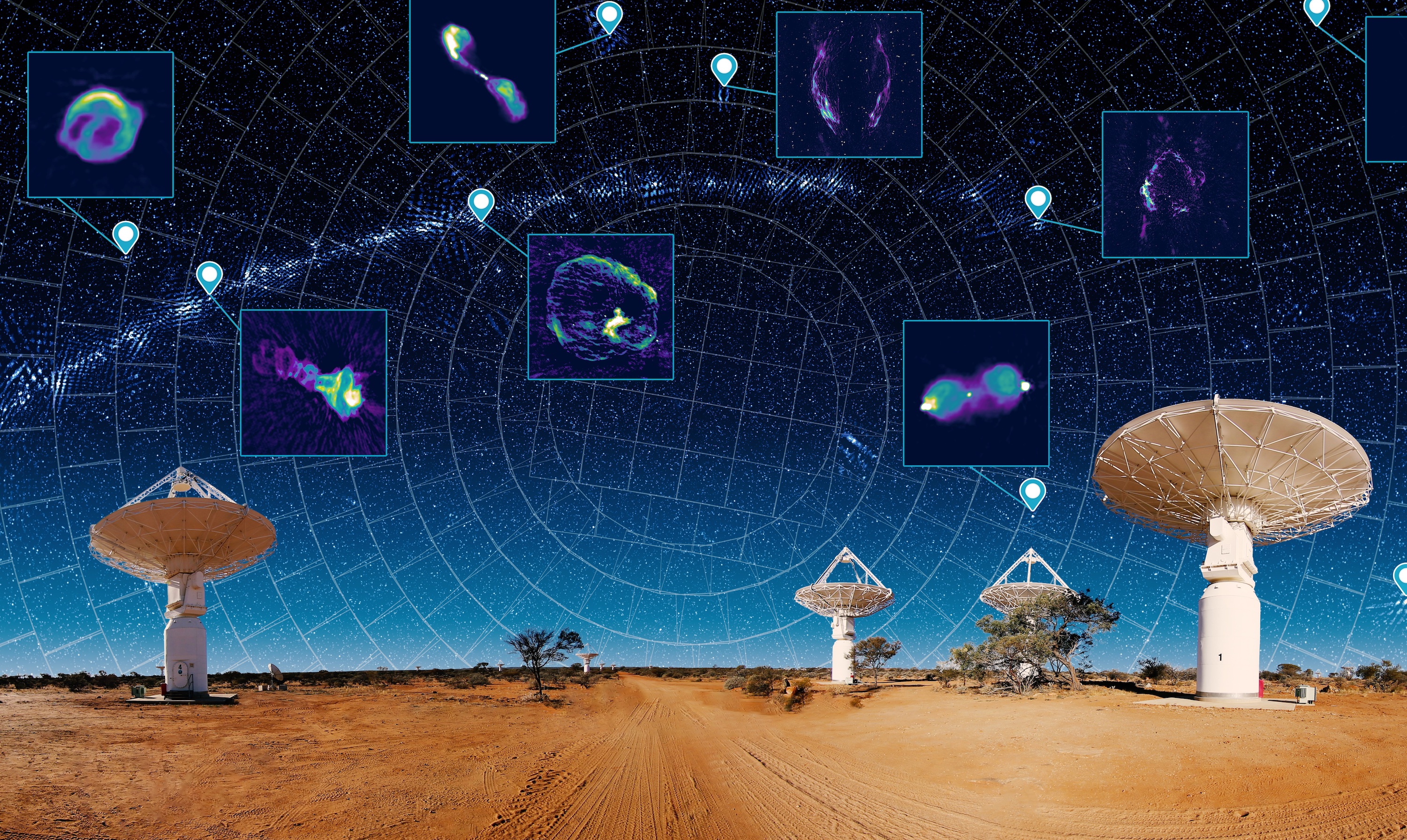 Astronomers in Australia have just mapped 83% of the observable universe, in just 300 hours.

This new sky survey, which Australia’s national science agency (CSIRO) described in a statement as a “Google map of the universe” , marks the completion of a big test for the Australian Square Kilometre Array Pathfinder (ASKAP) radio telescope –- a network of 36 antennas rooted in the remote Western Australia Outback. While astronomers have been using ASKAP to scour the sky for radio signatures (including mysterious fast radio bursts) since 2012, the telescope’s full array of antennas has never been used in a single sky survey –- until now.

By harnessing the telescope’s full potential, researchers mapped roughly 3 million galaxies in the southern sky, according to a paper published Nov. 30 in the journal Publications of the Astronomical Society of Australia. As many as 1 million of these distant galaxies may be previously unknown to astronomy, the researchers wrote, and that’s likely just the beginning. With the success of this first survey, CSIRO scientists are already planning even more in-depth observations in the coming years.

Related: Scientists unveil largest 3D map of the universe ever

“For the first time, ASKAP has flexed its full muscles, building a map of the universe in greater detail than ever before, and at record speed,” lead study author David McConnell, a CSIRO astronomer, said in a statement. “We expect to find tens of millions of new galaxies in future surveys.”

Many all-sky surveys can take months, even years, to complete. CSIRO’s new effort, which they’ve labeled the Rapid ASKAP Continuum Survey, only took a few weeks of stargazing. While each of the telescope’s 36 receivers took vast, panoramic pictures of the sky, a dedicated network of supercomputers worked double-time to combine them. The resulting map, which covers 83% of the sky, is a combination of 903 individual images, each containing 70 billion pixels. (For comparison, the highest-definition cameras for sale snap a few hundred million pixels per image).

Each of these images will be made publicly available through CSIRO’s Data Access Portal, as scientists analyze the results and plan for their next sky-charting adventures.