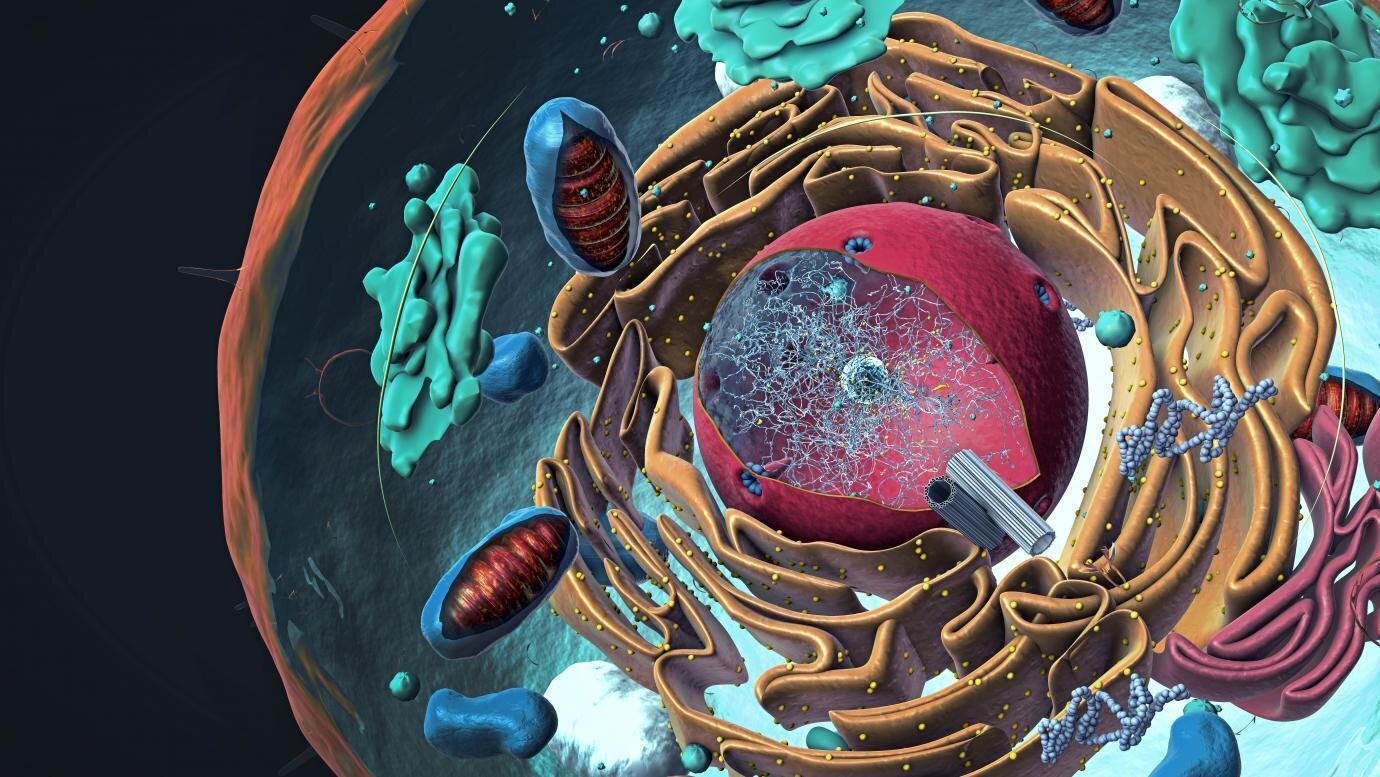 Electricity is a key ingredient in living bodies. We know that voltage differences are important in biological systems; they drive the beating of the heart and allow neurons to communicate with one another. But for decades, it wasn’t possible to measure voltage differences between organelles—the membrane-wrapped structures inside the cell—and the rest of the cell.

A pioneering technology created by UChicago scientists, however, allows researchers to peer into cells to see how many different organelles use voltages to carry out functions.

“Scientists had noticed for a long time that charged dyes used for staining cells would get stuck in the mitochondria,” explained graduate student Anand Saminathan, the first author for the paper, which was published in Nature Nanotechnology. “But little work has been done to investigate the membrane potential of other organelles in live cells.”

The Krishnan lab at UChicago specializes in building tiny sensors to travel inside cells and report back on what’s happening, so that researchers can understand how cells work—and how they break down in disease or disorders. Previously, they have built such machines to study neurons and lysosomes, among others.

In this case, they decided to use the technique to investigate the electric activities of the organelles inside live cells.

In the membranes of neurons, there are proteins called ion channels which act as gateways for charged ions to enter and exit the cell. These channels are essential for neurons to communicate. Previous research had shown that organelles have similar ion channels, but we weren’t sure what roles they played.

The researchers’ new tool, called Voltair, makes it possible to explore this question further. It works as a voltmeter measuring the voltage difference of two different areas inside a cell. Voltair is constructed out of DNA, which means it can go directly into the cell and access deeper structures.

In their initial studies, the researchers looked for membrane potentials—a difference in voltage inside an organelle versus outside. They found evidence for such potentials in several organelles, such as trans-Golgi networks and recycling endosomes, that were previously thought not to have membrane potentials at all.

“So I think the membrane potential in organelles could play a larger role—maybe it helps organelles communicate,” said Prof. Yamuna Krishnan, an expert in nucleic acid-based molecular devices.

Their studies are only the beginning, the authors said; Voltair offers a way for researchers in many fields to answer questions they’ve never even been able to ask. It can even be used in plants.

“This new development will at least start conversations, and may even inspire a new field of research,” said Saminathan.

Understanding the ‘membrane’ in membraneless organelles