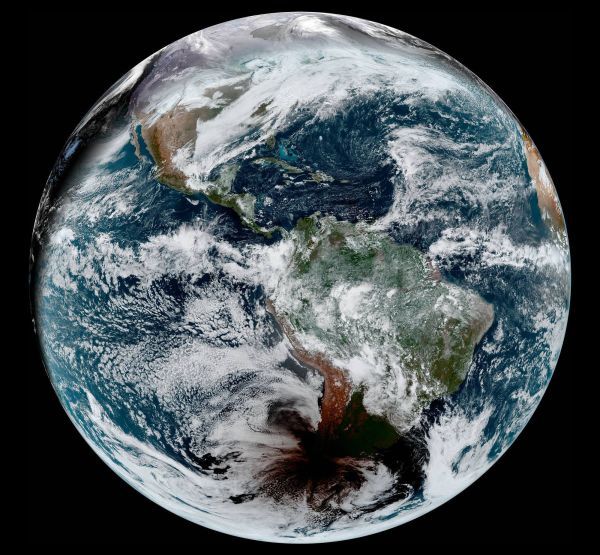 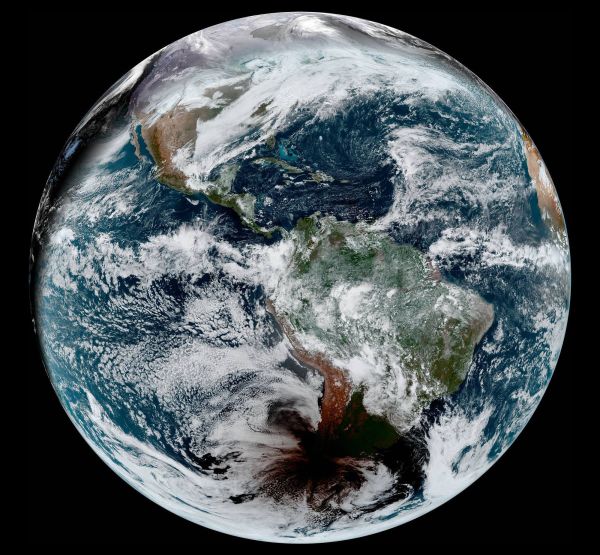 Skywatchers in southern South America were treated to a total solar eclipse on Monday (Dec. 14), and a weather satellite captured stunning views of the event from space.

The National Oceanic and Atmospheric Administration’s (NOAA) GOES-16 satellite watched as the moon’s shadow danced across the Pacific Ocean, parts of Chile and Argentina and the Atlantic Ocean during 2020’s only total solar eclipse. NOAA shared an amazing video of the satellite imagery on Twitter shortly after the eclipse.

The moon began blotting out the sun in some locations around 9:15 a.m. EST (1415 GMT), creating a partial eclipse for viewers in areas such as Lima, Peru. Meanwhile, viewers in the path of totality — a thin strip of Chile and Argentina — saw the skies darken around 11 a.m. EST (1600 GMT) for a little over two minutes.

#SATELLITE SPOTLIGHT: Here’s a closer look at today’s total #SolarEclipse from @NOAA’s #GOES16?️. The moon’s shadow tracked over the southern Pacific Ocean, as well as across #Chile and #Argentina, before moving into the southern Atlantic Ocean just before sunset. pic.twitter.com/YoO9N36s7cDecember 14, 2020

Views from GOES-16 provide an opportunity for skywatchers around the world to enjoy the total solar eclipse, since catching the event in person was difficult due to the narrow path of totality and limited travel opportunities with the ongoing coronavirus pandemic.

The NOAA video captures a detailed view of Earth’s deep-blue oceans, brown and green land and swirling white clouds from space. It shows the sun rising in the southern hemisphere and the dark shadow of the moon rolling across the Pacific Ocean and darkening skies over South America before continuing across the Atlantic Ocean.

“Although it was mainly visible from Earth in parts of South America, GOES East had a perfect view of the moon’s shadow moving across the Earth,” NOAA said in another tweet. (GOES East is the orbital position that GOES-16 has occupied since late 2017.)