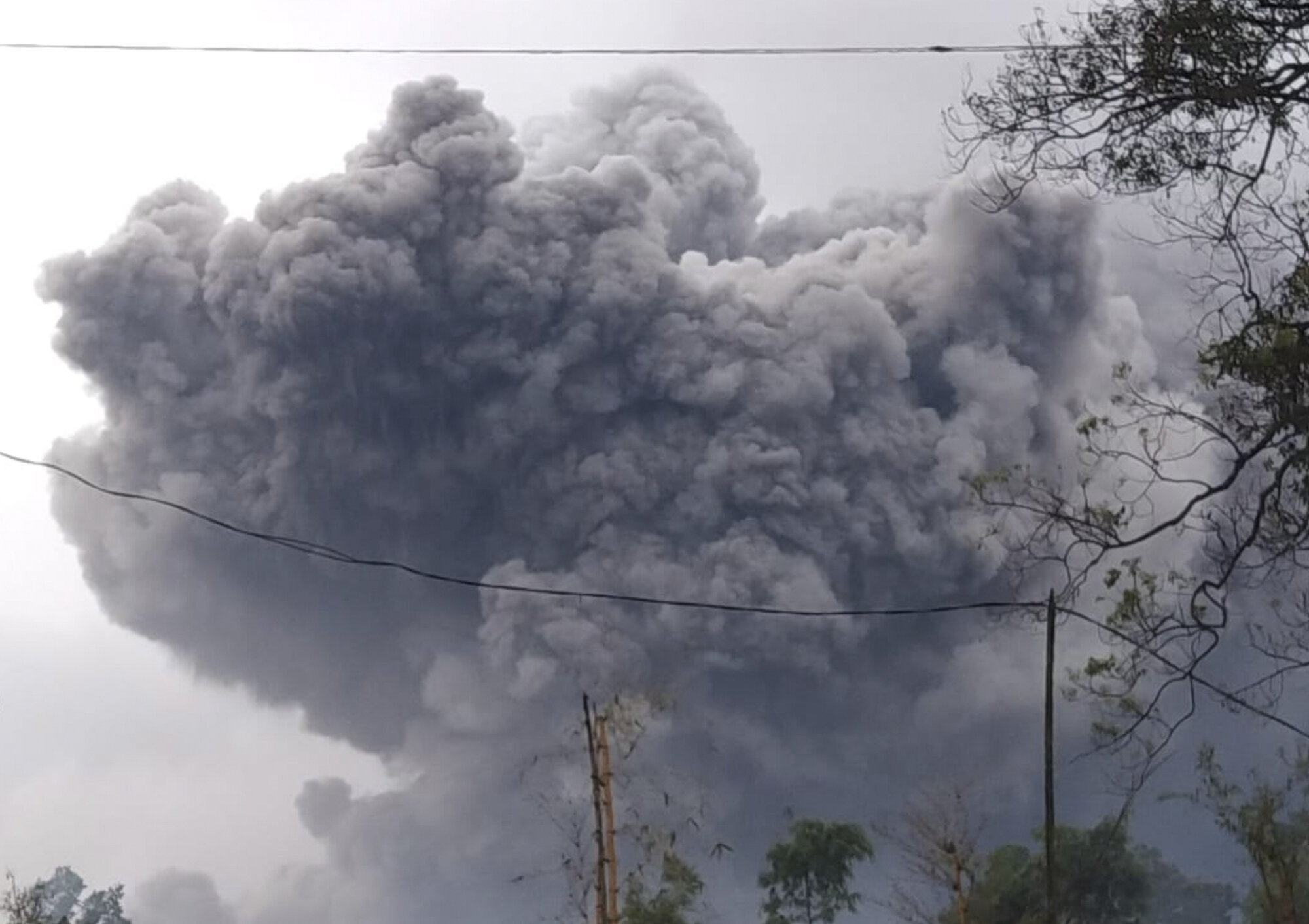 Mount Semeru, the highest volcano on Indonesia’s most densely populated island of Java, spewed hot clouds as far away as 4.5 kilometers (nearly 3 miles) on Saturday.

There were no immediate evacuations, but the National Disaster Mitigation Agency warned people who live in the villages on the slopes of the 3,676-meter (12,060-foot)-high mountain to be vigilant in looking for signs of danger.

Agency spokesperson Raditya Jati said that people around the river basin on the slopes of the mountain should beware of high rainfall intensity that can trigger lava floods.

Indonesia’s Volcanology and Geological Hazard Mitigation Center did not raise Semeru’s alert status, which already had been at the third-highest level since it began erupting in May. The volcano spewed hot ash for 3,000 meters (9,800 feet) in early December, triggering panic among villagers.

Indonesia, an archipelago of more than 250 million people, sits on the Pacific “Ring of Fire” and is prone to earthquakes and volcanic eruptions. Government seismologists monitor more than 120 active volcanoes.