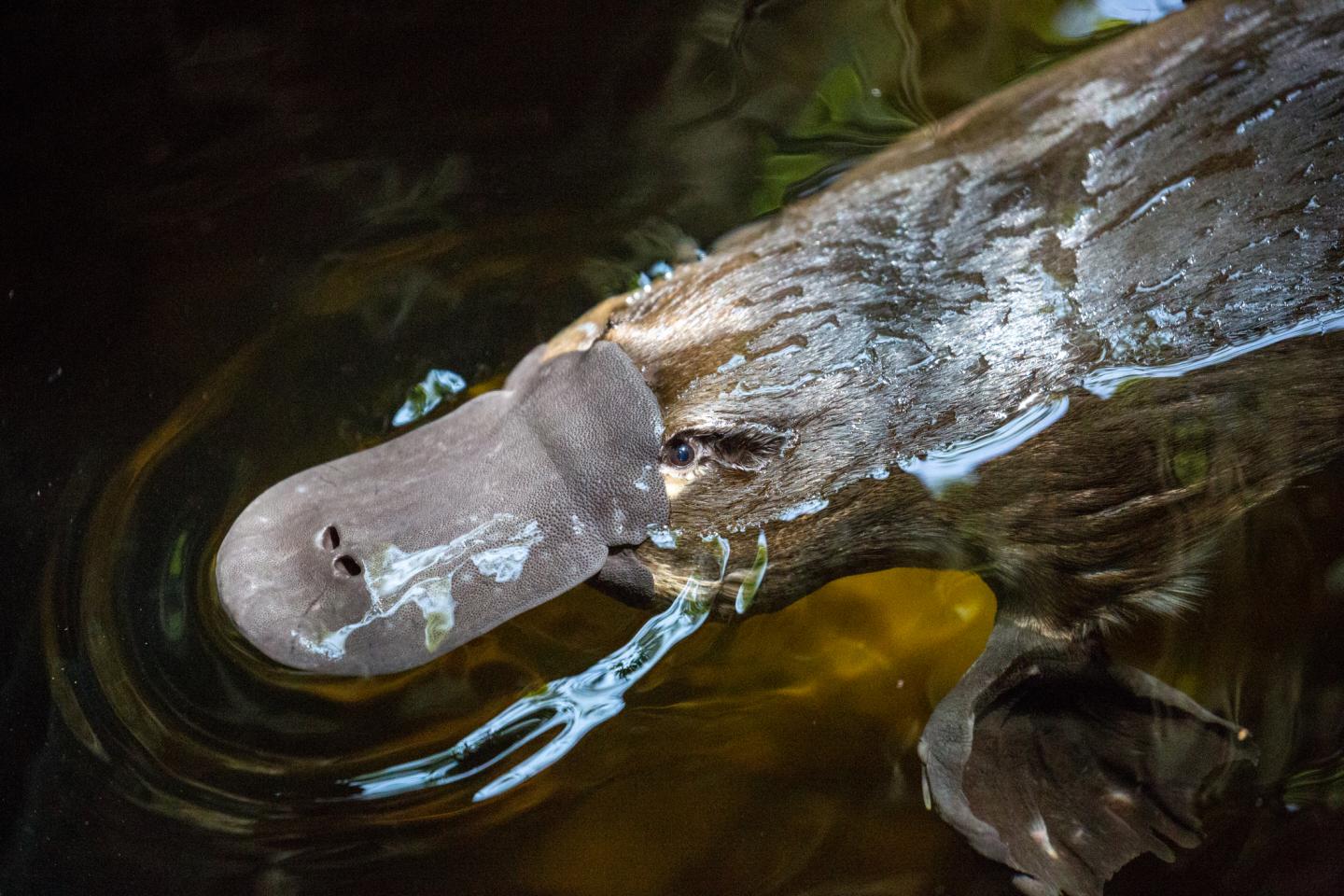 The fur of the platypus – an Australian species threatened with extinction – glows green under ultraviolet light, a new study finds. This is the first observation of biofluorescence in an egg-laying mammal (monotreme), suggesting this extraordinary trait may not be as rare as previously thought.

Two mammals – the opossum and the flying squirrel – are already known to have fur that biofluoresces under under ultraviolet (UV) light.

One of the paper’s authors discovered pink biofluorescence in flying squirrels by accident while conducting a night survey for lichens, a finding reported in an earlier paper. While confirming this field observation with preserved museum specimens, the researchers decided to examine the platypuses in the next drawer along too.

They studied three museum platypus specimens: a female and a male from the Field Museum of Natural History in Chicago and another male specimen from the University of Nebraska State Museum.

In visible light, the fur of all three platypus specimens was uniformly brown. But under UV light they appeared green or cyan. The fur of the platypus absorbs UV (wavelengths of 200-400 nanometers) and re-emits visible light (of 500-600 nanometers), making it fluoresce.

Like the marsupial opossum and the placental flying squirrel, platypuses are most active during the night and at dawn and dusk. It may be that these mammals – and possibly others – developed biofluorescence to adapt to low light conditions. The researchers suggest this may be a way for platypuses to see and interact with each other in the dark.

The researchers would now like to work with an Australian team to observe biofluorescence in wild animals. And with colleagues at Northland College and Colorado State University, they are working on a project to further explore the phenomenon across the mammalian family tree.

“It was a mix of serendipity and curiosity that led us to shine a UV light on the platypuses at the Field Museum,” said lead author Professor Paula Spaeth Anich, Associate Professor of Biology and Natural Resources at Northland College. “But we were also interested in seeing how deep in the mammalian tree the trait of biofluorescent fur went. It’s thought that monotremes branched off the marsupial-placental lineage more than 150 million years ago. So, it was intriguing to see that animals that were such distant relatives also had biofluorescent fur.”