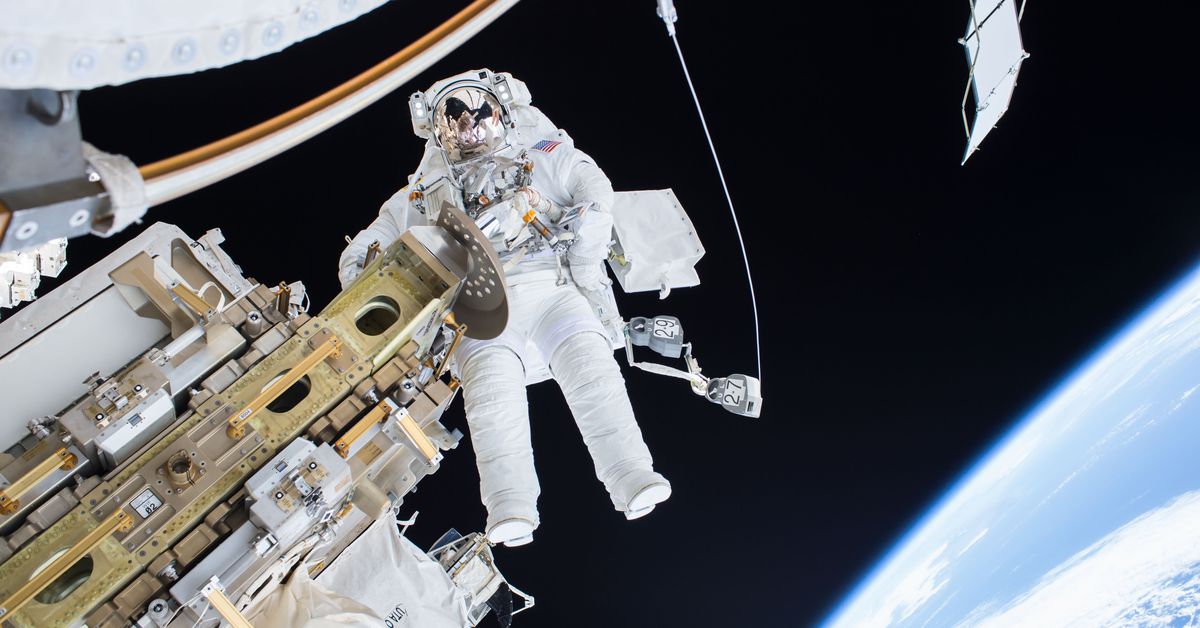 Spaceflight impacts the body in a number of ways. (NASA /)

There might be a few reasons we want to escape our planet’s troubles and hitch a ride to Mars right now. But space is hard: radiation, weightlessness, isolation and a screwed-up sleep schedule can take a toll on the body. Before us Earthlings embark on a seven-month sojourn to the Red Planet—or any other celestial location—we need to understand how the harsh conditions of space can affect our bodies.

Enter: science. In a suite of studies for the journal Cell Press, more than 200 investigators outline what they have learned so far about the fundamentals of how spaceflight affects the human body, bolstering NASA’s plans to embark on a more arduous human endeavor beyond the International Space Station. The package is a follow-up to NASA’s Twins Study, which compared Scott Kelly to his earthbound identical twin brother, fellow astronaut Mark Kelly, as Scott spent most of a year in space.

In the latest research, researchers studied a group of 10 unrelated astronauts. They examined astronaut blood samples before and after their approximately six-month spaceflight aboard the ISS to study their chromosomes. The scientists were especially interested in their telomeres—protective DNA sequences at the ends of chromosomes that act a bit like the caps on the ends of shoelaces.

Telomeres typically become shorter as we age, says one of the lead researchers and Colorado State University radiation biologist Susan Bailey, increasing the risk for age-related conditions like cardiovascular disease and some kinds of cancer. So in the stressful environment of spaceflight, you’d expect telomeres to shrink. Instead, Bailey’s team found that astronauts in the orbiting laboratory experience a puzzling increase in telomere length while in space—a finding consistent with the findings of the original Twins Study. Subsequently, telomeres returned to near normal length after the astronauts returned to Earth.

In order to glean even more information about the effects of stressful environments on spacefaring humans, researchers also studied samples from twin mountain climbers who scaled Mt. Everest (an extreme environment that, according to Bailey, is “kind of” a space environment on earth). “It’s almost the same design [as the experiments on the astronauts],” Bailey says. “Quite to our surprise, we saw elongated telomeres in both of the climbing twins.”

According to Bailey, the research seems to indicate that telomere lengthening is affected by oxidative stress,an excessive accumulation of free radicals in the body’s cells that both climbers and astronauts experience.”Normal blood cells are dying and trying to survive,” she said. “They’re adapting to their new environment. Some cells will activate an alternative pathway to keep their telomeres going. It’s similar to what happens with some tumors. Some of the cells emerge from that process. That’s what we think we’re seeing during spaceflight as well.”

Now, the researchers will turn their attention to nailing down what exactly is causing these molecular changes to occur. Bailey, and a slew of other researchers, are collaborating with NASA on a series of upcoming missions to see how different bouts in space alter our biology. “We’re going to end up with about a total of thirty or more astronauts on various duration missions, and we’ll be able to do some very similar studies.”

Other researchers, too, have plenty more work to do. NASA researchers like Afshin Beheshti, for instance, published work in this package revealing how health issues specific to astronauts—loss of bone and muscle mass, organ complications, changes in circadian rhythms—are rooted in mitochondrial damage.

“We started by asking whether there is some kind of universal mechanism happening in the body in space that could explain what we’ve observed,” Beheshti said in a press release. “What we found over and over was that something is happening with the mitochondria regulation that throws everything out of whack.”

Mitochondria are, famously, the powerhouses of the cell. When these energy-producing organelles are exposed to altered gravity or radiation, they essentially malfunction. Luckily, there are already some existing treatments for mitochondrial dysfunction, so the logical next step would be to start testing how those treatments might affect astronauts.

Teasing out the physical demands of space flight is all the more important now, as it could help researchers design medical countermeasures to the stressors of space travel, Bailey says. After all, space agencies have continually set their sights on missions to far-off destinations in the cosmos. “With space agencies launching more and more people to the station and beyond it, it really is an exciting time for space nerds like me,” she adds.