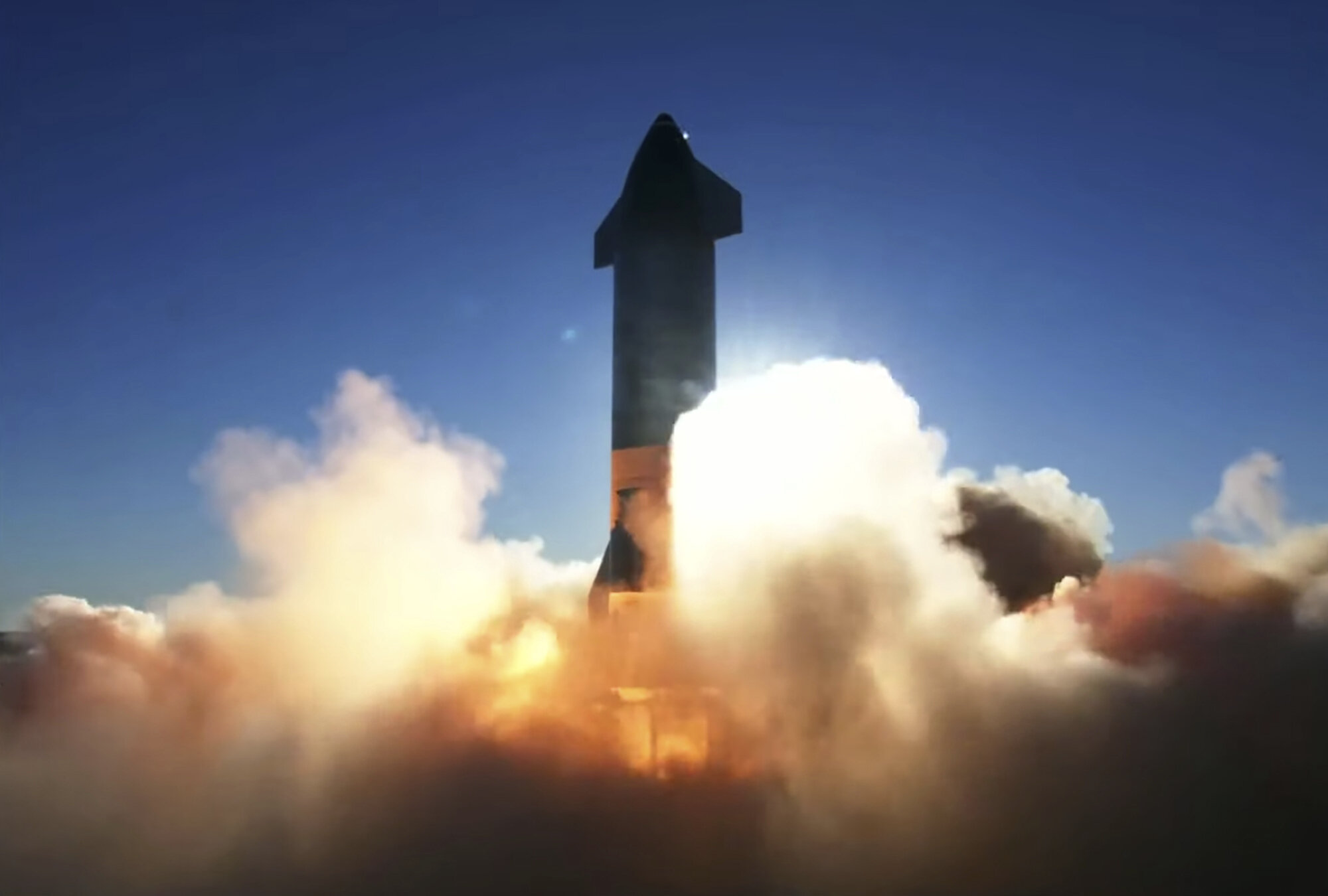 SpaceX launched its shiny, bullet-shaped, straight-out-of-science fiction Starship several miles into the air from a remote corner of Texas on Wednesday, but the 6 1/2-minute test flight ended in an explosive fireball at touchdown.

It was the highest and most elaborate flight yet for the rocketship that Elon Musk says could carry people to Mars in as little as six years. Despite the catastrophic finale, he was thrilled.

This latest prototype—the first one equipped with a nose cone, body flaps and three engines—was shooting for an altitude of up to eight miles (12.5 kilometers). That’s almost 100 times higher than previous hops and skimming the stratosphere.

Starship seemed to hit the mark or at least come close. There was no immediate word from SpaceX on how high it went.

The full-scale, stainless steel model—160 feet (50 meters) tall and 30 feet (9 meters) in diameter—soared out over the Gulf of Mexico. After about five minutes, it flipped sideways as planned and descended in a free-fall back to the southeastern tip of Texas near the Mexican border. The Raptor engines reignited for braking and the rocket tilted back upright. When it touched down, however, the rocketship became engulfed in flames and ruptured, parts scattering.

The entire flight—as dramatic and flashy as it gets, even by SpaceX standards—lasted six minutes and 42 seconds. SpaceX broadcast the sunset demo live on its website; repeated delays over the past week and a last-second engine abort Tuesday heightened the excitement among space fans.

Musk called it a “successful ascent” and said the body flaps precisely guided the rocket to the landing point. The fuel tank pressure was low, however, when the engines reignited for touchdown, which caused Starship to come down too fast.

“But we got all the data we needed!” he tweeted.

Musk had kept expectations low, cautioning earlier this week there was “probably” 1-in-3 chance of complete success.

“Anybody who knows how hard this stuff is is impressed by today’s Starship test.”

Starship is actually the upper stage of Musk’s envisioned moon- and Mars-ships. It will launch atop a mega booster still in development known as the Super Heavy. The entire vehicle will tower 394 feet (120 meters)—31 feet (9.4 meters) taller than NASA’s Saturn V rocket that hurled men to the moon a half-century ago.

SpaceX intends to use Starship to put massive satellites into orbit around Earth, besides delivering people and cargo to the moon and Mars. Earlier this year, SpaceX was one of three prime contractors chosen by NASA to develop lunar landers capable of getting astronauts on the moon by 2024.

Right before Wednesday’s launch, NASA announced the 18 U.S. astronauts who will train for the Artemis moon-landing program.

While accepting an award in Berlin last week, Musk said he’s “highly confident” of a human flight to Mars in six years—”if we get lucky, maybe four years.” But Musk is the first to admit his timelines can be overly optimistic.