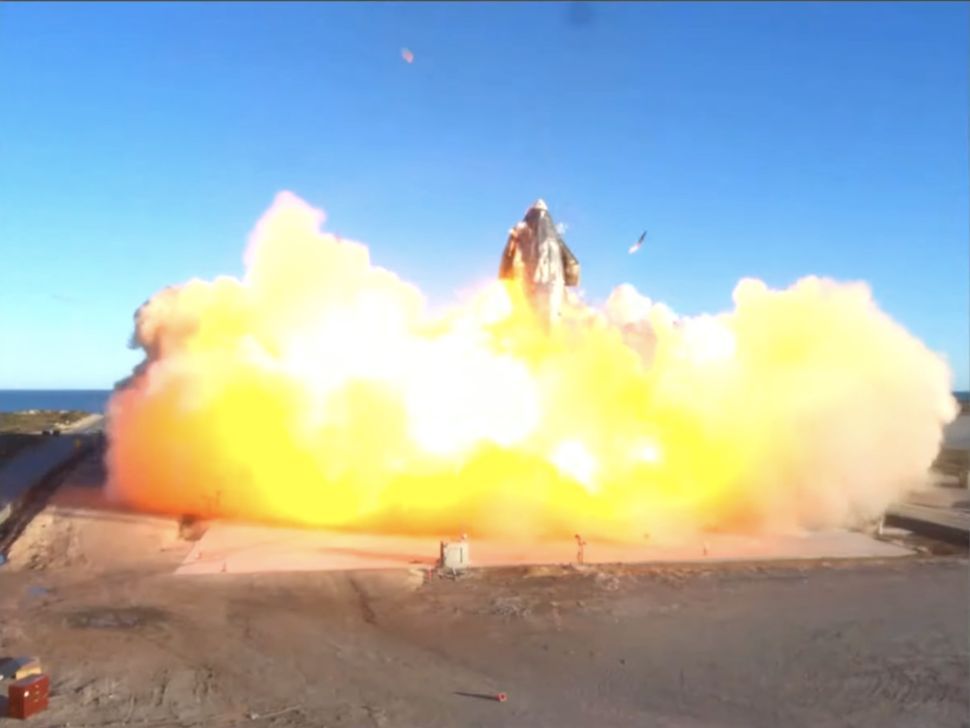 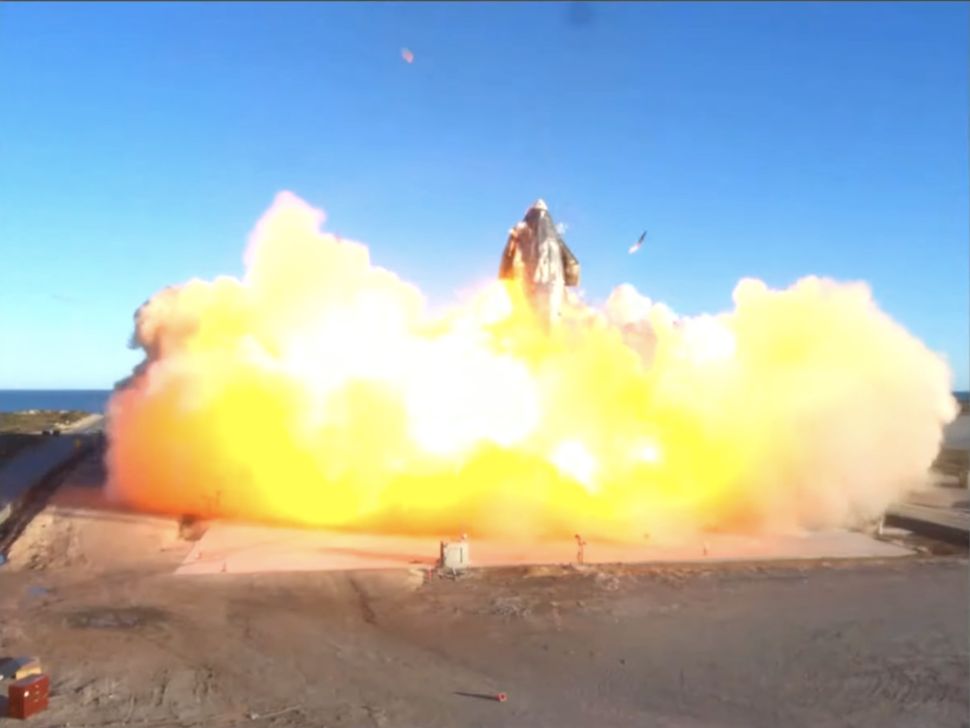 The goal was to soar about 7.8 miles (12.5 kilometers) into the sky, perform some complex aerial maneuvers — including a “belly flop” like the one the final Starship will perform when coming back to Earth on operational flights — and then land safely near the launch stand.

The 165-foot-tall (50 meters) SN8 appeared to notch all of these big milestones, except for the final one: The vehicle hit its landing mark but came in too fast, exploding in a dramatic fireball 6 minutes and 42 seconds after liftoff.

SN8’s rapid unplanned disassembly did nothing to dampen the spirits of SpaceX founder and CEO Elon Musk, who was thrilled by the results of today’s flight.

“Fuel header tank pressure was low during landing burn, causing touchdown velocity to be high & RUD, but we got all the data we needed! Congrats SpaceX team hell yeah!!” Musk tweeted this evening.

“Mars, here we come!” he added in another tweet.

Musk was not expecting complete, wire-to-wire success today; he had previously given SN8 (short for “Serial No. 8”) just a 1-in-3 chance of landing in one piece.

That’s because today’s flight was far more complex and demanding than any previous Starship prototype test. The previous altitude record was about 500 feet (150 m), achieved by three different Starship vehicles — the stubby Starhopper, SN5 and SN6.

All three of those predecessors were pretty bare-bones; they looked like flying silos and featured just one of SpaceX’s next-generation Raptor engines. SN8 was much more capable and complex. It was powered by three Raptors and had a nose cone and stabilizing body flaps.

SpaceX is developing Starship to carry people and cargo to the moon, Mars and other distant destinations. The system consists of two elements: a stainless-steel spacecraft called Starship, which will sport six Raptors, and a giant rocket known as Super Heavy, which will have about 30 of the engines.

Both of these vehicles will be fully and rapidly reusable, Musk has said. Starship will be capable of making many trips from Earth to Mars and back, and each Super Heavy will rack up many launches during its life. (Starship will be powerful enough to launch itself off the moon and Mars, but it will need Super Heavy to get off our much more massive Earth.)

SpaceX wants Starship and Super Heavy to be operational soon. NASA’s Artemis program is considering using Starship to land astronauts on the lunar surface, for example, and the first of those touchdowns is targeted for 2024. And Musk recently said he’s confident that SpaceX will launch its first crewed Mars mission by 2026, with the milestone possible in 2024 “if we’re lucky.”

SpaceX aims to meet this ambitious timeline by iterating fast and flying often. The company is building multiple Starship prototypes at its South Texas site, and we should expect those coming vehicles to get off the ground fairly soon — especially SN9, which is apparently nearly done.

SN9 and SN10 will be quite similar to the three-engine SN8, featuring “many small improvements” over the vehicle that flew today, Musk said via Twitter on Nov. 24. “Major upgrades are slated for SN15,” he said in another tweet that day.

Today’s launch was originally scheduled to take place yesterday (Dec. 8). But SN8 detected something abnormal with one or more of its Raptors and aborted the attempt automatically less than two seconds before liftoff.