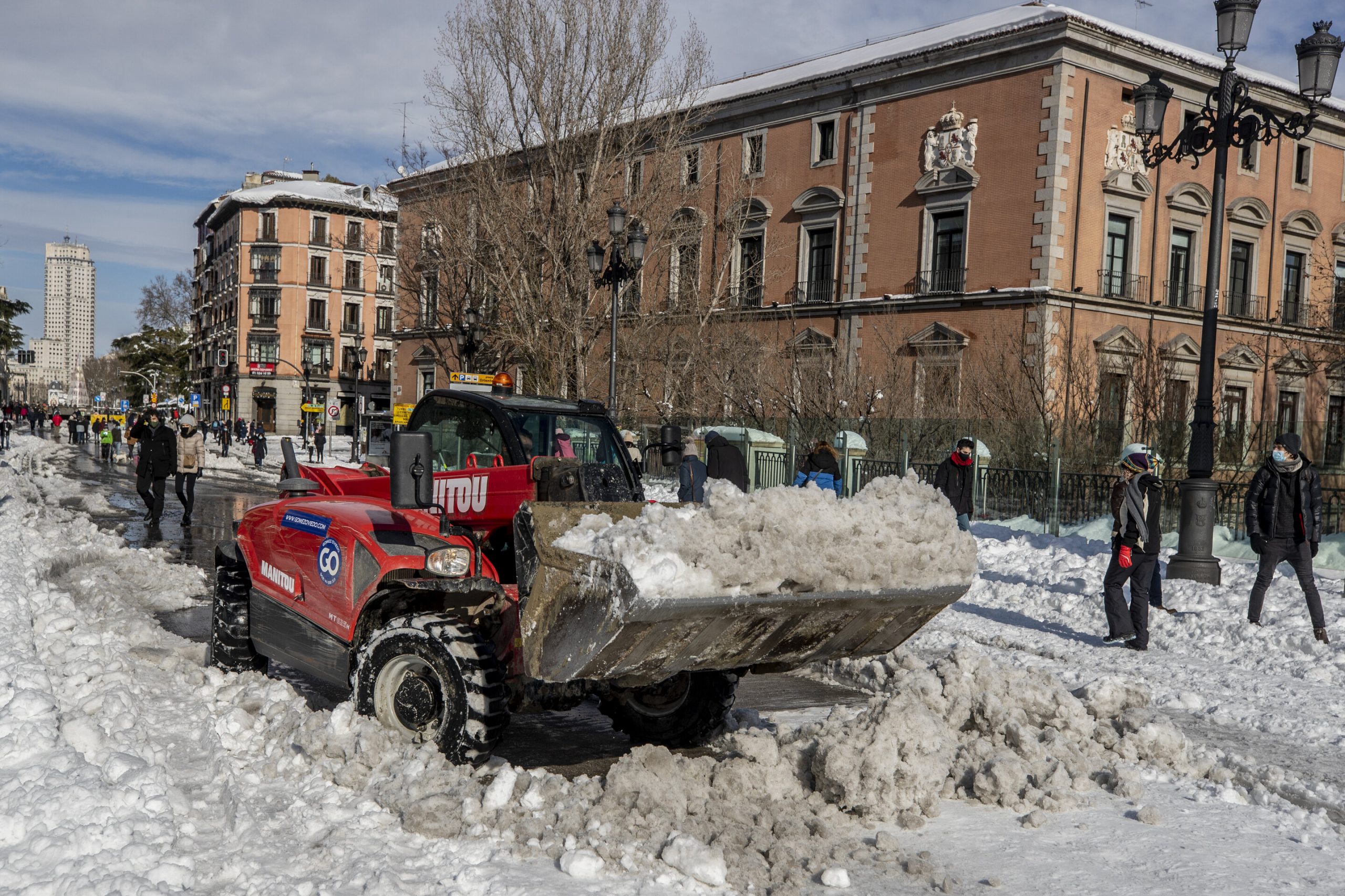 Emergency crews in central Spain cleared 500 roads and rescued over 1,500 people stranded in their vehicles, allowing Madrid and other areas on Sunday to slowly shovel out of the country’s worst snowstorm in recent memory.

After recording 50 centimeters (20 inches) of snow in the Spanish capital between Friday night and Saturday, Madrid and a large swathe of the country remained impassable Sunday, with roads, rail lines and air travel disrupted by Storm Filomena. The blizzard has been blamed for four deaths.

More than 150 roads were still impassable Sunday. Authorities said all trips by car should be postponed and tire chains were obligatory for journeys that couldn’t be avoided. They said all people trapped in their cars by the snow had been rescued but hundreds of cars needed to be recovered after being abandoned by drivers.

The biggest snowfall since the 1980s in Madrid, according to Mayor José Luís Martínez-Almeida, produced some unusual scenes with some residents using skies to mush through the snow-covered streets.

Storm Filomena has lost strength as it moved eastward but authorities are still urging people to remain at home to limit the risk of falls on icy streets as a cold front moves in.

“The danger is not over,” Interior Minister Fernando Grande-Markaska said. “A week of extreme cold is coming and that will transform all the snow on the ground to ice, thereby multiplying the risk. The storm is bringing with it a cold wave that could push temperatures down to record levels.”

Spain’s weather service forecasts temperatures to drop as low as -14 C (6 F) in the eastern province of Albacete by Tuesday.

The sparsely populated province of Teruel remained under red alert for intense snowfall, while large areas of Aragón, Catalonia and Valencia also were under alert with wintry weather. More than 6,000 customers were without power in some villages in Catalonia, regional authorities said.

Army emergency brigades focused Sunday on clearing access to Madrid’s main fresh food distribution center and to hospitals, as Spain also grappled with its coronavirus crisis, with infections on the rise following the Christmas holidays.

Grande-Marlaska said the government will take extra steps to ensure that the country’s weekly shipment of the Pfizer-BioNTech coronavirus vaccine on Monday can be distributed to regional health authorities via police-escorted convoys.

If Madrid’s airport is not ready in time, Grande-Marlaska said that a smaller airport in northern Spain could be an alternative to receive the shipment.

“We are maintaining a permanent conversation to protect the transportation to Spain and correct warehousing and the subsequent distribution of the allotment of the vaccine that we will receive tomorrow,” Grande-Marlaska said.

Spain has seen more than 51,800 confirmed virus deaths in the pandemic.