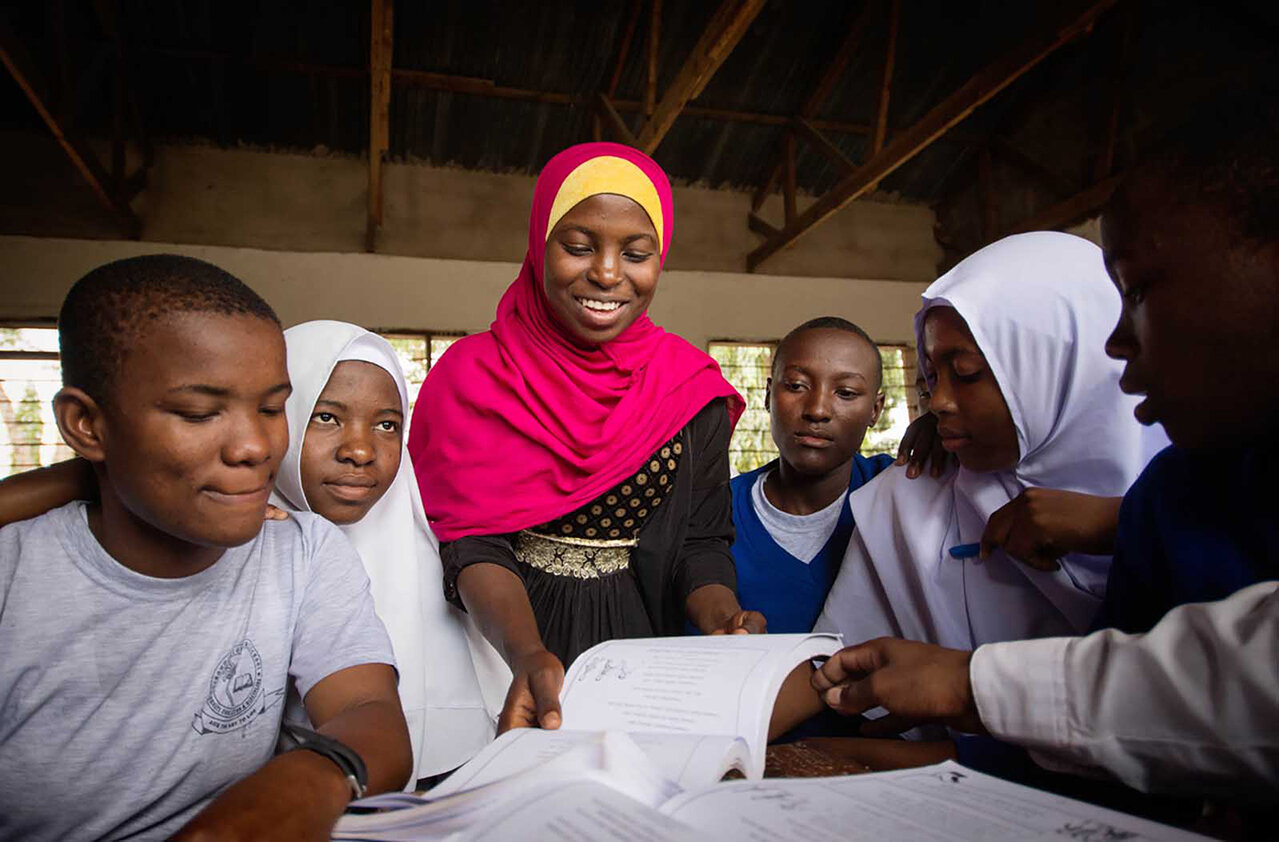 International development projects that target the education of the world’s very poorest children and marginalised girls also significantly improve other young people’s attainment, according to new research that suggests such initiatives should become a priority for international aid.

The newly-reported study, by academics at the University of Cambridge, is one of the first to measure the complete value that interventions targeting poor and marginalised children also have for many of their peers, principally through ‘spill-over’ effects which improve the wider education system.

The team tested their model by analysing a programme by CAMFED (the Campaign for Female Education) in Tanzania, which supports the education of disadvantaged girls. They took into account its impact not just on those girls, but on other children at schools where their programme operates. Strikingly, for every $100 spent per girl, per year, the programme resulted in learning gains equivalent to an additional two years of education for all girls and boys at those schools.

The study was carried out by members of the Research for Equitable Access and Learning (REAL) Centre at the Faculty of Education, University of Cambridge.

Professor Ricardo Sabates, the co-lead researcher, said: “Helping the most marginalised children inevitably costs more, and most cost-effectiveness measures only consider that expense against the impact on those specific pupils. But programmes like CAMFED’s also have spill-over benefits and critically are keeping girls in school who would otherwise have dropped out. We can, and should, factor in those considerations when assessing cost-effectiveness.”

Professor Pauline Rose, Director of the REAL Centre, added: “While it may cost more to reach the most marginalised pupils, the impact of those efforts is far more impressive than we tend to imagine. This research explains why system reforms should focus on those who need the most support. Education systems that function for the most marginalised children function for everyone.”

CAMFED is a non-governmental organisation which improves the education of marginalised girls in Africa and was recently awarded the 2020 Yidan Prize for Educational Development. In Tanzania, its bursaries enable thousands of girls to attend secondary school, in tandem with interventions aimed at improving participation and learning among all children in partner schools.

Because most cost-effectiveness analyses only measure the impact of a programme on its direct beneficiaries (in this case marginalised girls), interventions such as CAMFED’s often seem to have limited reach while at the same time appearing more expensive than those targeting a broader demographic. The Cambridge study examined how best to measure the wider impact of CAMFED’s work in Tanzania, and then used this to refine the cost-effectiveness analysis.

The researchers analysed data from CAMFED’s programme over two years. To calculate per-head costs, they distinguished between the different components of the intervention and their assorted beneficiaries. For example, the cost of bursaries was divided by the number of marginalised girls who received them, but the cost of delivering extra-curricular courses in CAMFED-supported schools was divided by the number of all participating students. This provided a basis for identifying average annual unit costs for individual categories of beneficiaries.

Impact was calculated by comparing the English test scores of children from 81 randomly-selected CAMFED-supported schools with children from 60 control schools that received no support. Scores were collected at the start and end of the two years, and the team used data about the children’s socio-economic background to make direct comparisons between pupils from similar settings.

They also compared the dropout rates at both groups of schools, and used this to weight the final cost-effectiveness analysis. This reflected the fact that CAMFED’s programme not only improves learning, but also supports girls who might otherwise have dropped out of school, or never attended at all.

The cost of the programme, when only the most marginalised girls targeted by the bursaries were considered, was apparently steep: at $130.41 per year for each girl receiving financial support. However, the researchers also found that the per-head cost for other boys and girls at the same schools was just $15.40, demonstrating far greater value for money than traditional cost-effectiveness analyses might reveal. At the same time, the additional cost of the bursaries was found to be vital for enabling the most disadvantaged girls to stay in school.

Pupils attending CAMFED-supported schools made significant academic improvements compared with their peers. The improvement in English test scores among girls receiving financial support was about 35% better than comparable girls in the control group. Other girls performed similarly, while the boys did about 25% better. Girls who received financial support were 25% less likely to drop out of school than those in the control group.

The researchers then calculated the learning gains of pupils on the CAMFED programme per unit cost. When this measure was converted into equivalent years of learning, they found that for every $100 spent on each of the marginalised girls targeted, English learning outcomes improved by the equivalent of an extra 1.45 years of schooling for all pupils. When the increased proportion of marginalised girls remaining in school was factored in, the improvement in both access and learning for all girls and boys across the CAMFED schools was actually equivalent to an additional two years of schooling per $100.

While it is difficult to compare these results with other programmes, the study suggests that the cost-effectiveness of CAMFED’s work in Tanzania is at least commensurate with similar interventions in sub-Saharan Africa that do not target marginalised groups. But the findings may also be conservative. For example, CAMFED’s programme may also have further benefits outside the school system, for example among the siblings and communities of the young women it supports.

“Even though we probably underestimated its impact, this intervention is still extremely cost-effective,” Sabates added. “It shows real improvements in learning are best enabled when we invest in the children at greatest risk of being left behind.”

Boys benefit from greater numbers of girls in schools