‘Spooky action at a distance’ could create a nearly perfect clock 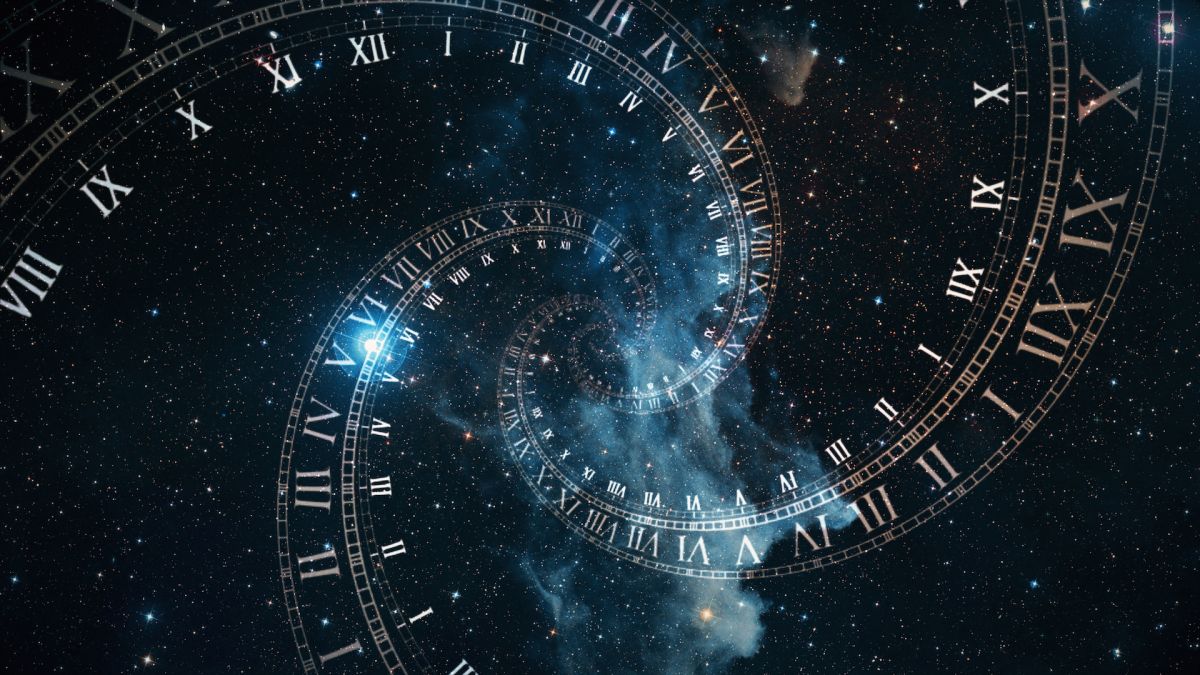 Physicists imagine a day when they will be able to design a clock that’s so precise, it will be used to detect subtle disturbances in space-time or to find the elusive dark matter that tugs on everything yet emits no light. The ticking of this clock will be almost perfect.

That dream may not be far off: A group of researchers has created a clock that, with some tweaks, could be four to five times more precise than the world’s best clocks. To put that into perspective, if today’s most precise clocks started ticking at the birth of the universe, they would be off by only half a second today; with more improvements, this new clock has the potential to be off by only 0.1 second.

“Atomic clocks are by far the most precise instruments mankind has ever made by many orders of magnitude,” said Vladan Vuletić, a professor of physics at MIT and senior author of a recent paper describing the work. Now, “we are pushing this boundary” further, he added.

Atomic clocks tick according to the movement of atoms. Since the 1960s, the atomic clocks that are responsible for keeping global time and defining “a second” are based on cesium atoms; these clocks bombard cesium atoms with microwaves and measure time as electrons oscillate from a lower energy level (called a ground state) to a higher one (an excited state), Live Science previously reported.

In the past decade, researchers have developed “optical clocks” that are 100 times more precise than cesium atomic clocks. These clocks use lasers — or visible light — to excite atoms of elements such as aluminum or ytterbium; visible light has a higher frequency than microwaves and thus can excite atoms to oscillate 100,000 times faster than microwaves can excite cesium atoms. This faster oscillation adds more data points to the measurement of a second, making it more precise. Soon, there will be an official “redefinition of the second” using these much more precise optical clocks, Vuletić told Live Science.

But even these nearly faultless optical atomic clocks cannot measure time perfectly, because they fall victim to the rules of quantum mechanics, the strange rules that govern the zoo of subatomic particles. The atoms that run the clock are so small that their states can’t be pinned down precisely, so they are defined by probabilities. Therefore, an electron isn’t in an excited state or a ground state, but it has some probability of being in multiple energy levels at once.

Trying to measure the state of a single atom is akin to flipping a coin, as the actual measurement “forces” the atom to choose either the ground state or the excited state, but “you never find something in between,” Vuletić said. This uncertainty in measurement makes it impossible to tell perfect time. When you increase the number of atoms in the clock (which can be thought of as the number of coin tosses) and start taking the average of how many are excited and how many are not, measurements start to become more precise.

The more atoms you add, the smaller your error in measurement or uncertainty — what’s known as the “standard quantum limit” — will be. Because the precision of the measurement scales as the square root of the number of coin tosses, throwing 10,000 coins is 10 times more precise than throwing 100, for example, Vuletić said.

That’s why today’s optical clocks measure time by averaging the oscillations of thousands of atoms. But even that method can’t get rid of the standard quantum limit. A decade ago, Vuletić and his team, along with researchers from the University of Belgrade in Serbia, had an idea for how to overcome this limitation: Entangle the particles. Quantum entanglement — or “spooky action at a distance,” as Albert Einstein famously called it — is the idea that the fates of tiny particles are linked to each other even if they’re separated by long distances. So, by entangling the atoms that keep time, the scientists might be able to keep each pair or group of entangled atoms in the same state and thus oscillating at similar frequencies, thereby allowing the clock to overcome the standard quantum limit and measure time more precisely.

“Entangling the atoms makes the tosses less random, so to speak,” Vuletić said. “The toss of each atom individually is still random, but all the tosses together have less randomness than those of independent atoms.” It’s similar to placing 100 coins on a table, 50 heads up and 50 tails up. If you pick up any coin without looking, it will be randomly heads or tails. But once you pick up all the coins, there will be exactly equal numbers of heads and tails. “Quantum entanglement is a little like that,” he said.

Now, they have put their idea to the test.

To do this, Vuletić and his team placed 350 atoms of ytterbium between two mirrors. Then, they fired a laser beam that bounced back and forth between the mirrors. As the light hit the first atom, the atom altered the light. That light then altered the second atom, and then the third and then the rest, until they all became entangled and started oscillating with similar phases. Then, the team used another laser to measure the average frequency at which these atoms oscillated.

Still, the team has some tweaking to do. The laser that they used is currently not as stable as they would have hoped, Vuletić said, so the clock is “not quite at the performance level of the best clocks that don’t use entanglement.” However, with tweaks to the laser, using entangled atoms has the potential to make optical clocks far more precise.

In the future, the team also wants to show that by using more than one atomic clock, “you can make this advantage that you gained from quantum entanglement even better,” Vuletić said. Eventually, you might have multiple clocks over long distances that use entanglement and tell time that’s even more precise, he added.

Extremely precise clocks may eventually have applications beyond telling time. “Time depends on gravity,” Vuletić said, referring to the idea that because of relativity, massive objects (which have a higher gravitational force) warp space-time, slowing time down.

So, if you have two clocks and lift one of them 1 foot (0.3 meters) higher, “at these two heights, time actually runs differently.” As these clocks become more precise, they might be used to detect how time changes, thereby detecting subtle gravitational effects in the universe, such as ripples in space-time known as gravitational waves. Because dark matter also exerts gravitational pull, minute changes in the ticking of time could reveal the nature of the dark matter that surrounds us, he said.

There’s even speculation that so-called absolute constants in the world of physics, such as the speed of light or the charge of electrons, may change as the universe expands. And because these constants define the laws of physics that govern the energy levels in an atom, they may also change the measurement of time, he said. So it’s possible that “the very essence of time changes as the universe expands.”

The findings were published Dec. 16 in the journal Nature.