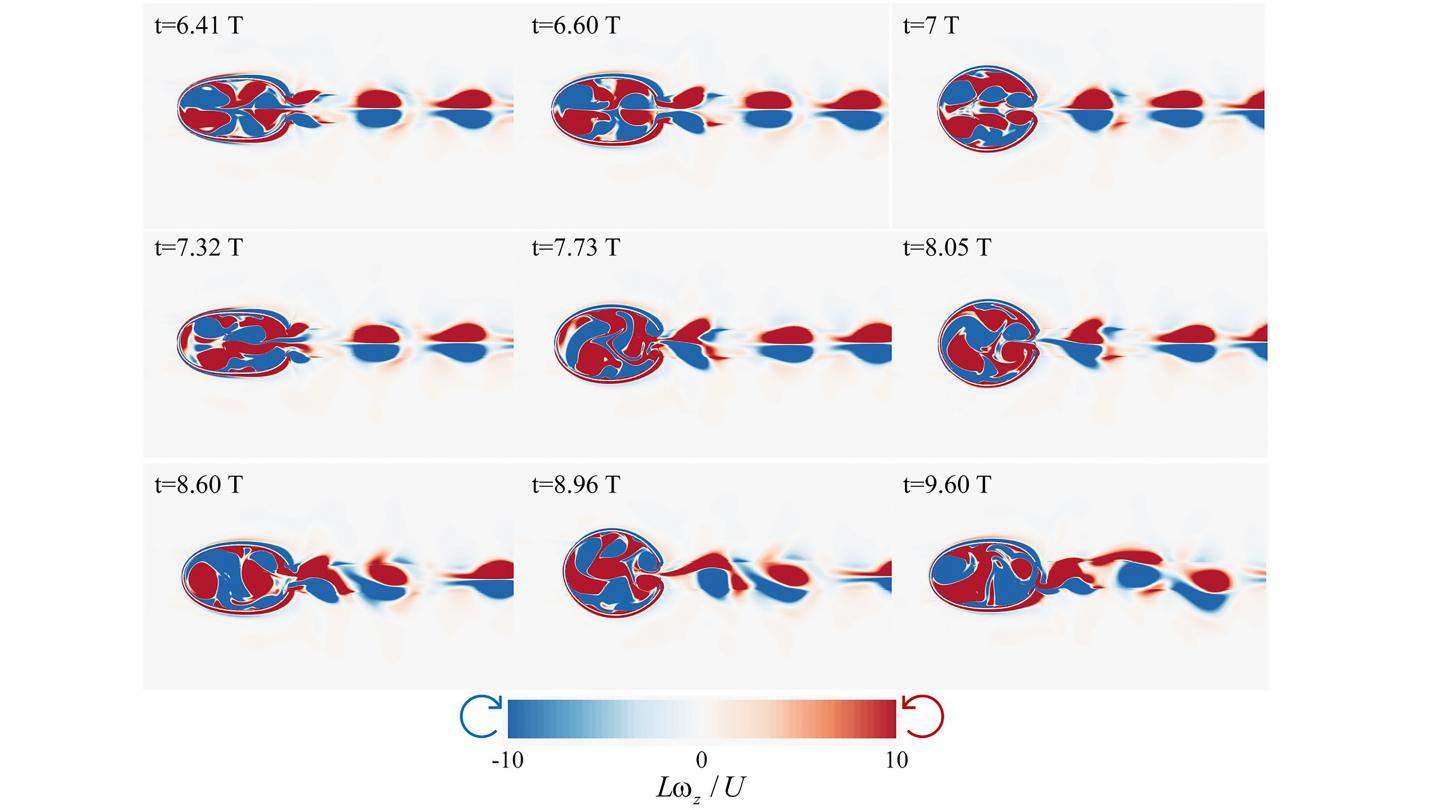 WASHINGTON, November 3, 2020 — Squids and other cephalopods use a form of jet propulsion that is not well understood, especially when it comes to their hydrodynamics under turbulent flow conditions. Discovering their secrets can help create new designs for bioinspired underwater robots and vehicles that need to operate within this environment.

Researchers in Scotland, the U.S., and China are exploring the fundamental mechanism behind squids’ pulsed-jet propulsion. In Physics of Fluids, from AIP Publishing, the group describes their numerical study of the jet propulsion of cephalopods with turbulent flow considered for the first time. Among their discoveries, they found that thrust production and efficiency are underestimated within laminar, or nonturbulent, flows.

The model for this research is a 2D squidlike swimmer that has a flexible mantle body with a pressure chamber and a nozzle that serves as the inlet and outlet of water. An external force, which mimics the squid muscle’s constriction, is applied on the flexible mantle surface of the model.

“As a result, the internal volume of the body decreases and water inside the chamber is ejected to form a jet flow,” said Yang Luo, one of the authors and a research assistant at the University of Strathclyde in Glasgow, Scotland. “The squid is propelled forward by the strong jet in the opposite direction, then the mantle inflates automatically as a result of stored elastic energy. During inflation of the mantle, water is sucked into the chamber and gets ejected during the next mantle deflation.”

Jet propulsion can be more efficient when turbulent flow is considered, according to Luo. The group also discovered symmetry-breaking instability of vortices around the jetter, which sends out jets of water, after several continuous jet cycles.

Beyond jet propulsion, juvenile and adult squids also rely on fin oscillation on their heads for swimming quite often. The group found this burst-and-coast style may help squids avoid the symmetry-breaking instability of the surrounding flow vortex that could cause thrust and efficiency deterioration.

“The findings of our work about the mechanism of symmetry-breaking instability provides guidance for the design of squid-inspired underwater robots and vehicles,” said Luo. “Continuous jet propulsion may not be favorable, and specific measures are needed to mitigate the effect of this instability during the design of jet propulsion-inspired underwater vehicles or propulsors via active control of body deformation to change the evolution of the internal vortices pattern.”

“It’s difficult to determine at this point,” Luo said. “But as a relatively less extensively studied form of underwater propulsion, it is advantageous in terms of a straightforward mechanism for effective instantaneous escape and high maneuverability. This makes it promising for integrating with typical thruster propulsion to achieve on-demand maneuverability.”

Physics of Fluids is devoted to the publication of original theoretical, computational, and experimental contributions to the dynamics of gases, liquids, and complex fluids. See https://aip.scitation.org/journal/phf.