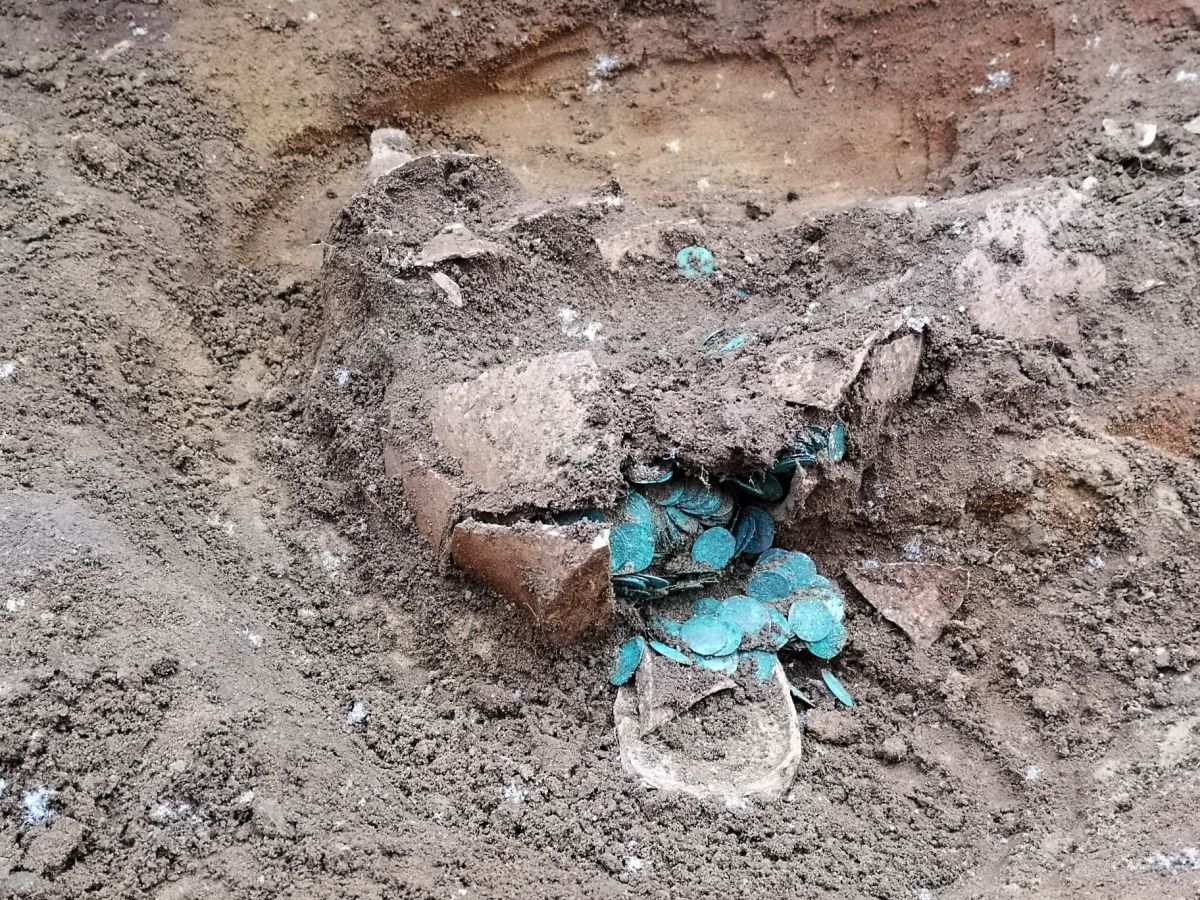 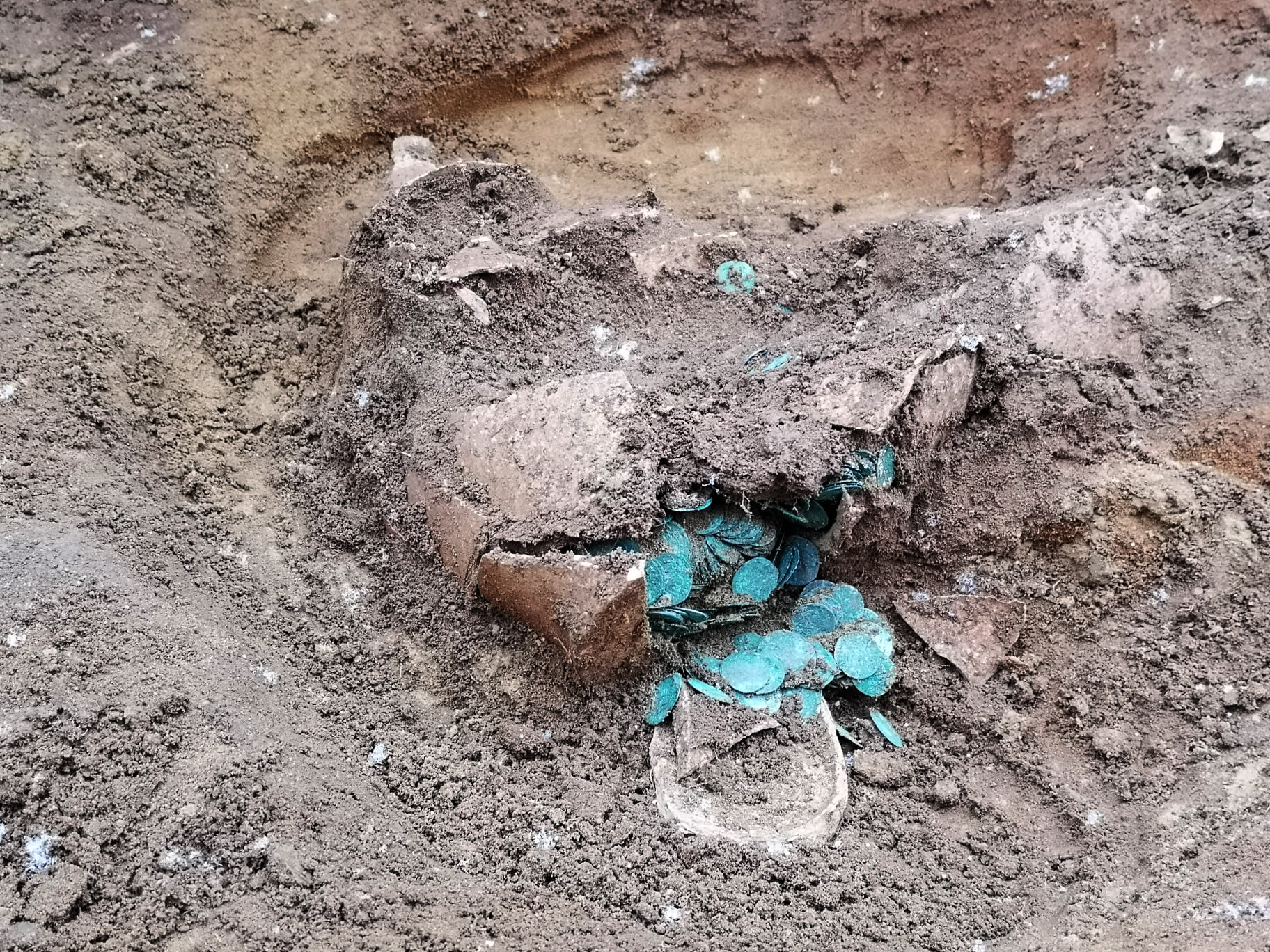 In the 16th century, an attack from the Ottoman Empire may have prompted panicked Hungarians to bury a stash of valuable silver and gold coins. Now, archaeologists have uncovered this buried treasure on a modern-day farm in Hungary.

In 2019, archaeologists discovered 150 ancient coins in Újlengyel, a Hungarian village that’s about 31 miles (50 kilometers) southeast of Budapest. Spurred by this discovery and equipped with metal detectors, the archaeologists returned to the site at the end of December 2020 to look for other treasures, according to a Facebook post from the Ferenczy Museum in Hungary.

Balázs Nagy, the museum’s numismatist, or coin expert, led the two-day expedition, with help from volunteers with the Community Archaeological Association. On a nearby hill, the archaeologists dug through a small shaft and unearthed a vessel that was broken in half, likely due to plowing, according to a statement. The vessel had originally held thousands of ancient coins that were found strewn about the shaft.

The newly discovered coin collection consisted of nearly 7,000 silver coins and four gold coins, according to the post. At the time the coins were probably buried, around 1520, they would have been worth enough to buy seven horses; and by today’s standards, they would be enough to buy a luxury car, according to the post. The oldest coin is a silver denarius, or a Roman silver coin of Roman emperor Lucius Verus, who ruled from A.D.161 to A.D. 169. The newest coins in the hoard date to  the time of Louis II, who ruled Hungary and Bohemia from 1516 to 1526.

It’s unknown why people buried these coins, but the archaeologists hypothesize that Hungarians may have buried them during an attack from the Ottoman Empire in 1526.

“Treasures of this magnitude related to the Turkish devastation following the battle of Mohács are rare in Hungary,” according to the Facebook post. (The Ottoman Empire, led by Suleiman the Magnificent, defeated Hungary and its allies in the Battle of Mohács on Aug. 29, 1526; this battle marked the end of the Hungarian monarchy and opened the way for Turkish and Habsburg rule of the region, according to Britannica.)

The museum is planning to continue to explore this site in search of other historical treasures.