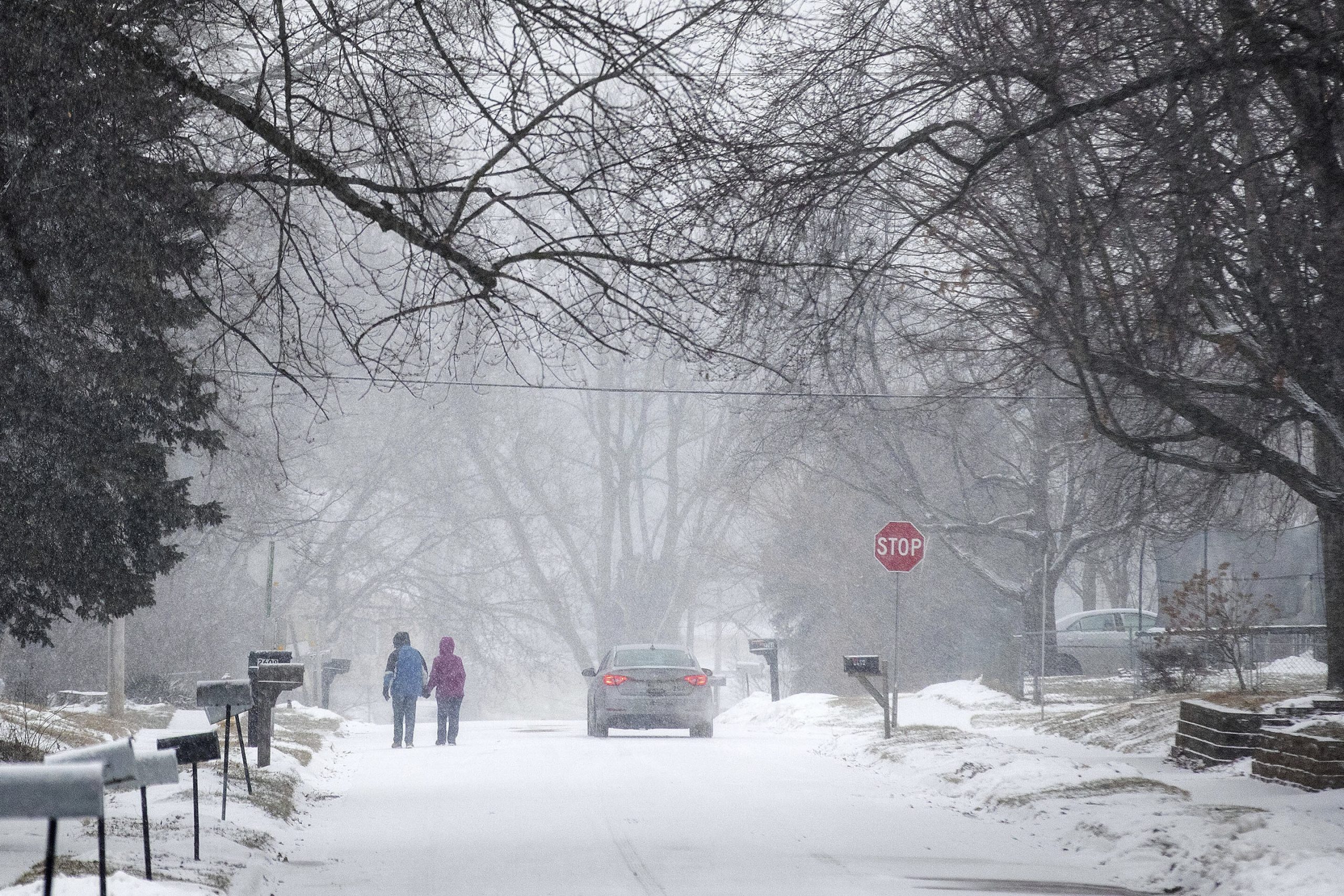 A major winter storm is threatening to blanket parts of the middle of the country with more than a foot of snow Monday, promising to disrupt travel and even forcing the closure of some coronavirus testing sites.

The National Weather Service forecast that the snow could stretch from central Kansas northeast to Chicago and southern Michigan. Some of the heaviest snow was expected in southeast Nebraska and western Iowa, which was forecast to receive at least 4 inches (10 centimeters) of snow.

Several coronavirus testing sites in Nebraska and Iowa planned to close early Monday because of the snow. More than 6 inches (15 centimeters) of snow had already fallen in parts of eastern Nebraska by midday.

National Weather Service meteorologist Taylor Nicolaisen said 10 to 15 inches (25 to 38 centimeters) of snow is likely between Lincoln, Nebraska, and Des Moines, Iowa, and that it has been at least 15 years since that area received more than a foot of snow in a single storm.

“This is a historic snow,” said Nicolaisen, who is based near Omaha, Nebraska.

Many schools and businesses closed Monday as the storm moved across the region. In western Iowa, Missouri Valley Superintendent Brent Hoesing reworked the lyrics of the 1970s hit “I Will Survive” to tell students in his district to a foot of snow fell in Southern California’s mountains ahead of what was forecast to be a stronger storm.

Authorities urged drivers on Sunday to bring their tire chains to the San Gabriel and San Bernardino mountains east of Los Angeles after 10 inches of snow fell in Mount Baldy and up to 18 inches (46 centimeters) were recorded at the Mountain High ski resort in Wrightwood.

It was a dramatic shift from a week ago, when parts of the Southern California region saw temperatures soar to the 90s. On Sunday, highs were in the 50s.

The California Highway Patrol closed Interstate 5 to traffic Monday in the Tejon Pass, which rises to an elevation of more than 4,100 feet (1,250 meters) through mountains between Los Angeles and the San Joaquin Valley.

Across southern Nevada, light rain and snow at higher elevations was reported Monday.

Forecasters at the Sacramento-area National Weather Service office predict an abundance of snow in the Sierra Nevada between late Tuesday and Friday that may make travel through the mountains difficult.

Flash flood watches were in effect for areas north and south of San Francisco Bay, where the National Weather Service cited “high confidence that thresholds for debris flows will be met” in many of last year’s wildfire burn scars.