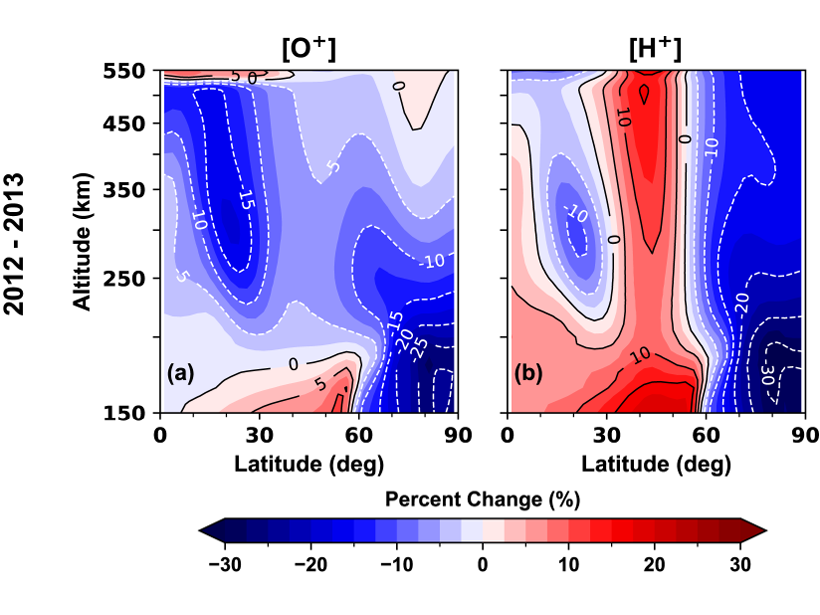 High latitude, wintertime enhanced planetary wave activity in the troposphere and stratosphere changes the circulation and local temperature leading to SSWs and (typically) mesospheric cooling (MC). The impact on gravity wave drag at higher altitudes changes the meridional residual circulation, leading to a decrease (increases) in light species concentrations (O, He and H) at high (middle and low) latitudes. The migrating semidiurnal tide also plays a secondary role in this transport through its impact on the temperature changes. These changes in the mesosphere and lower thermosphere are projected to much higher altitudes though enhanced mixing in the lower thermosphere increasing N2 there, and the effects of diffusion. The largest changes of these species (and atomic oxygen) occurs in the northern polar winter thermosphere.

This study suggests that light species’ composition variations in the thermosphere associated with SSW/MC events could strongly couple to the exosphere and plasmasphere, thus motivating future studies of the coupling between the lower atmosphere and the inner magnetosphere.